Dundalk made it back to back wins in the Premier Division on Monday night with a 2-1 victory over Bohs at Oriel Park.

The win moved Dundalk up to eighth in the table, and out of the promotion/relegation playoff spot.

Two stunning strikes, the first from Sam Stanton, and the second by Pat Hoban, won the match for the Louth side. Tyreke Wilson got one back for Bohs.

Shortly before half-time, Michael Duffy played the ball into the box from the left-hand side, Stanton brilliantly turned and lashed a shot past James Talbot.

Sam Stanton, what a goal! ?

Fantastic strike from the Dundalk man to break the deadlock, Dundalk lead at the break! ?

13 minutes into the second half, and Hoban made it 2-0 to Dundalk. Sean Murray's corner was headed to the edge of the box where it eventually fell to the left foot of the Galwayman. Hoban rifled a shot beyond the reach of Talbot.

It's another incredible goal as the Dundalk striker fires home a volley from outside the box ?

Wilson cut Bohs' deficit in half in the 71st minute with a strike from the edge of the box which appeared to wrong-foot Dundalk keeper Peter Cherrie.

It set up a frenzied finish. Though, Bohs could not find an equaliser.

It's another great goal, but this time it's in favour of Bohemians! ?

Tyreke Wilson pulls one back for the away side, what a game we have here! ? 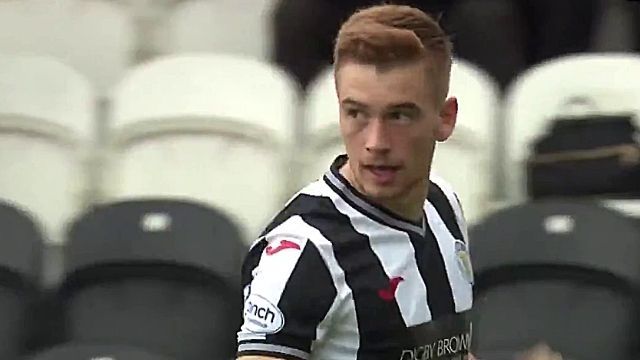