Eamon Dunphy has come out in defence of Stephen Kenny's record as Irish manager, labelling his old friend Didi Hamann's comments after the game as "drivel"

Hamann was speaking on RTÉ after Ireland's 3-0 win against Azerbaijan, which was Kenny's first competitive victory in charge of the senior international team.

However, despite the win, the former Liverpool player wasn't impressed with the Ireland manager's interview after the game, taking issue with his over positive analysis and making reference to his side losing one of their last seven games. Dunphy took issue with Hamann's analysis after the game, suggesting his former colleague wasn't looking at the bigger picture. Hamann is a regular guest on The Stand.

"I found Didi Hamann's comments shocking, deeply shocking," Dunphy said on his podcast 'The Stand'. I see the project as him rebuilding Irish soccer from scratch. And doing work that others didn't do. For example, Callum Robinson is 26 John (Giles). Where was he? He's got 20 caps but he's never had a run in the team." 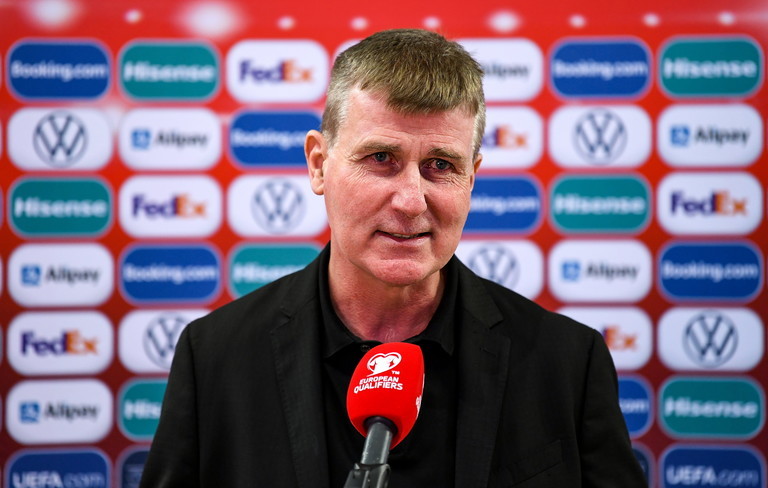 The campaign to get rid of Stephen Kenny has been up and running for a very long time. There are some notable names supporting it. He's played 13 competitive games. The Irish team and Stephen Kenny got a standing ovation leaving the pitch against Serbia a few weeks ago. People know what he's trying to do, the kind of football he's trying to play and what they saw that night, they gave him great support. The row is actually between me and you [Giles]... Didi Hamann who is a friend of ours and someone that I respect. I mean he just talked dribble on Saturday, even after the game he wasn't satisfied. And his analysis of what's going on is all based on this thing that we've only lost once in the last seven games and that was to Portugal.

"Ah Eamon I had a look at the stats, we've lost three in nine," Giles replied.

"Jack drew 0-0 with Luxembourg when he had the best Irish team ever John," Dunphy said.

"You can't compare one match with Jack with Stephen winning one in 17. I'm not against Stephen. I'm for Stephen, I hope he does well," Giles added.

Despite Kenny's results as Irish manager, Dunphy believes there has been enough progress shown by the Irish team to give Kenny a new contract at the end of this campaign.

"Progress is beating Azerbaijan 3-0 away from home, the same score that Portugal beat them. And if you look at Azerbaijan's results, they're rarely beaten as comprehensively. I would argue that is significant progress, particularly when there are so many players, including Seamus Coleman, Adam Idah and Jason Knight who were injured or sick," Dunphy said.

Dunphy also pointed out that Kenny has had to manage the Irish team in empty stadiums for large parts of his time in charge, as well as having players being hit by Covid at various periods.

You can listen to the full show with Dunphy and Giles here.

SEE MORE: Here's The Youthful Ireland Team We Want To See Against Qatar 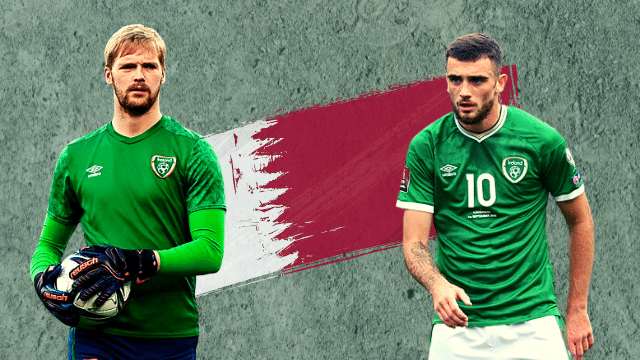 Football
1 week ago
By Gary Connaughton
Adam Idah Has Been Receiving Plenty Of Recognition For His Everton Performance
Football
1 week ago
By Gary Connaughton
Adam Idah 'Over The Moon' After Scoring His First Premier League Goal
Football
1 week ago
By PJ Browne
Dean Smith Sees Where Adam Idah Can Improve His Game
Popular on Balls
GAA
2 days ago
By PJ Browne
Insane Drama As Late TJ Reid Goal Sends Ballyhale Into All-Ireland Final
Rugby
1 day ago
By Colman Stanley
Yesterday Was Not The First Time Wayne Barnes Sent A Player Off For Getting Lippy
Rugby
21 hours ago
By Colman Stanley
Champions Cup Predictions And Permutations For The Irish Provinces
The Rewind
2 days ago
By Jonathan Byrne
The Definitive Ranking: Deli Items Ranked From Best To Worst