While Mauricio Pochettino is no doubt delighted to have landed on his feet with an excellent job at PSG, it seems crazy that the Argentine was out of work for over a year.

The former Spurs boss was linked with a number of gigs around the continent after leaving the North London club, including Barcelona.

It seemed like a questionable fit, especially when you consider that Pochettino had previously played for an managed cross city rivals Espanyol.

He had also joked that he would never cross that city boundary, previously saying that it was 'impossible' to take the Barcelona job and that he 'would rather work on his farm in Argentina' than move to the Camp Nou.

Despite this, it looks as though the five-time Champions League winners strongly considered him at one point. However, those previous comments were ultimately his undoing.

Speaking to The Telegraph, former Barcelona director of football Eric Abidal said that he wanted Pochettino to manage the club, only to be knocked back by the board members.

I knew there was a political problem because I gave my argument to the board and some answers were focused on Espanyol and not on the technical part.

And I think he did an interview many years ago, I will not say he talked bad about the club, he said something about going to Argentina first before he will train Barcelona.

This was a problem for some people’s egos and they said ‘no because he’s not respecting the club'.

I told the board ‘I have to bring the best coach we can in the market. I’m not here for politics because he was before in Espanyol’.

For me, it’s not politics. I wanted the best and Pochettino is one of the best in our game.

It would have been interesting to see how Barcelona fans would have reacted had he been given the job, although we imagine his Espanyol links would have quickly been forgotten had he achieved positive results on the pitch.

Pochettino is certainly the type of strong character that has been missing at Barcelona in recent times, with the club in desperate need of an overhaul. 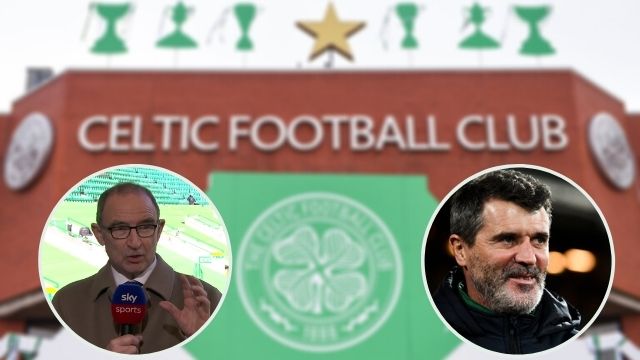 Football
2 weeks ago
By Eoin Harrington
Referee Ovrebo Admits Chelsea Should Have Had A Penalty In 2009 Semi-Final
Football
2 weeks ago
By Gary Connaughton
Gerard Pique Names 4 Players Set To Dominate Next Generation Of Football
Football
3 weeks ago
By Eoin Harrington
How Liverpool Exposed Messi And Suarez At Anfield In 2019
Popular on Balls
Football
19 hours ago
By Luke Delaney
Obafemi In As Stephen Kenny Names 27-Man Nations League Squad
GAA
2 days ago
By PJ Browne
How A Kerry Guard Ended Up Playing For The Tipperary Footballers
Football
17 hours ago
By PJ Browne
Five Things Learned From Stephen Kenny's Nations League Press Conference
Motorsport
1 day ago
By Eoin Harrington
F1: New Team Radio Clips Show Sergio Perez Frustration With Team Orders In Barcelona