Watch: Erling Haaland Was At It Again In The Bundesliga Earlier Today

If some mad scientist attempted to construct the perfect 'number nine' in a lab, odds are the finished product would be very close to Erling Haaland.

The Norwegian is an incredible player. He's massive, lightning fast, and has a left boot crafted by the gods themselves.

Haaland is a goalscoring machine and it is little wonder that every major club in Europe are interested in a player who has the potential to be a generational talent.

For now, his focus will solely be on Borussia Dortmund. The club have plenty to play for in the coming weeks as they attempt to nab a top four spot and secure Champions League football for next season.

They took a step in the right direction this afternoon, securing a 2-0 victory at Wolfsburg. Unsurprisingly, both goals would come from Haaland.

He opened the scoring in the 12th minute, showing a fantastic turn of pace to turn the defender before producing a strong finish to fire the ball beyond the goalkeeper.

Erling Haaland with a big-time goal for @BlackYellow 🚨 pic.twitter.com/adNEkqJX0x

His second goal was even better.

Haaland was given a bit more space to operate on this occasion, galloping into the open space and placing the ball into the bottom corner.

The pace. The power. The finish. This guy is scary! pic.twitter.com/H8QHZQgwao

These were his 24th and 25th goals in the Bundesliga this season, reaching that mark in only 26 appearances. All that was missing was a trademark strange interview.

Once the season does finish up, Haaland is sure to have an interesting summer ahead. He has been linked with moves to the likes of Manchester City and Real Madrid, although it would surely take a mammoth fee to prise him from Dortmund.

The 20-year old has a €75million release clause that kicks in in the summer of 2022, so it would likely take a sizeable premium on top of that to convince the German side to release him a year early. 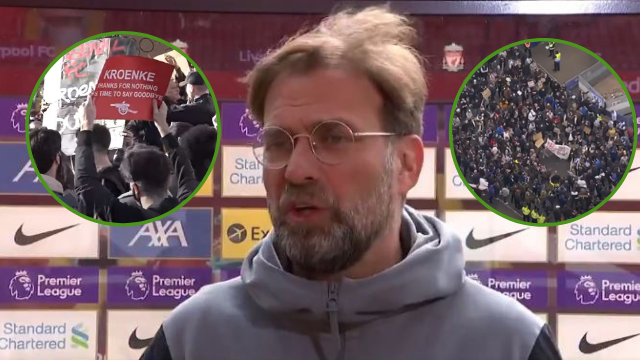