A host of Europe's top clubs have been put on notice after David Alaba announced that he will be leaving Bayern Munich at the end of the season.

The Austrian international revealed his decision through the club, with the versatile defender ending a 13 year association with the Bavarian outfit when his contract expires in the summer.

?️ @David_Alaba: "I have made the decision to leave #FCBayern at the end of this season and try something new. It obviously wasn't an easy decision - I've been here for 13 years and the club means a lot to me."#MiaSanMia pic.twitter.com/XJXIkSvYzb

Rumours have been abound regarding Alaba, with virtually all of Europe's biggest hitters interested in the 28 year old.

Alaba, a left-back by trade, has played in a host of positions for club and country, with the two-time Champions League winner equally adept in defence and midfield.

Ireland fans will be well aware of how dangerous Alaba can be, especially when occupying a role in the heart of a side's midfield.

Virtually all of the Premier League's top sides have been linked with Alaba, with Chelsea allegedly tabling an 'audacious' bid already.

However, the favourites for Alaba's signature are Spanish giants Real Madrid, with their captain Sergio Ramos still yet to sign a new contract amid interest from Manchester United and PSG.

However, in his statement, Alaba remained coy on his future. He reiterated that he has not decided where his next destination will be.

The Austrian concluded his statement by thanking all who tried to keep him at the Allianz Arena.

"Everyone, absolutely everyone. I'm really thankful for that and that's why it made this such a hard decision. I can call Bayern Munich my family."

SEE ALSO: Another Crisis For Stephen Kenny - Who's Going To Replace John Egan? 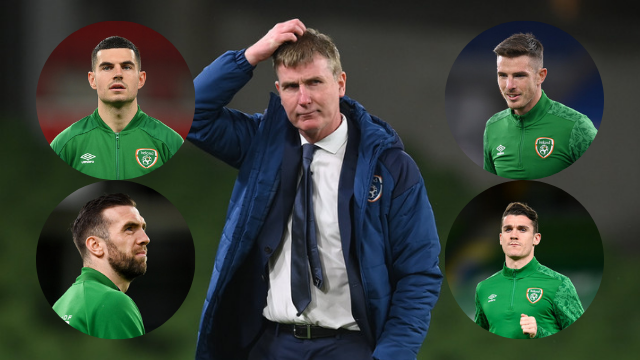 Football
3 days ago
By Eoin Harrington
Bayern v PSG Was One Of The Weirdest Champions League Games Ever
Football
2 months ago
By Sean Meehan
Report: A Host Of European Giants Are Lining Up For Free Agent David Alaba
Football
5 months ago
By Gary Connaughton
David Alaba Forced To Address Media After Bayern Publicly Withdrew Contract Offer
Previous Next