Frank Lampard Has Weighed In On That Old Gerrard & Scholes Debate

It is a debate almost as old as time itself: Frank Lampard, Steven Gerrard, or Paul Scholes?

It was a question that was often asked during their playing days, with England struggling to fit all three into the same side. That continued even after Scholes' international retirement, with Gerrard and Lampard often failing to function together in the team.

If anything, the debate around those three players has only intensified as the years have gone on. Club allegiances play a part, while it can also be very difficult to define what exactly constitutes the 'best' player. Is it individual talent, stats, or trophies won?

One man at the centre of the debate has now weighed in.

Speaking on The Overlap, Frank Lampard was asked who his choice would be out of Steven Gerrard and Paul Scholes (he was excluded from the question for obvious reasons). The former Chelsea star found it difficult to choose between them, going on to describe how unfortunate it was that the three of them could not shine in the same England team.

It's a horrible question. I get it in cabs in London, 'what do you think of the Lampard/Gerrard/Scholes debate' and all that stuff, even to this day.

We all had our own attributes and our own things, it's just too hard. I like them both as lads and they were amazing players.

I will never forget the impact of training with Scholesy. When I trained with England with him, and I know Manchester United players speak so dearly of him and say he was incredible, and he was. I just remember going 'wow'.

But then playing against Stevie when Stevie was on his game... He had so many physical and powerful attributes that suited Liverpool, suited the crowd, suited everything.

We played in flat lines at the time (with England), it was 4-4-2. To be fair to Sven [Goran Erikkson] he tried to playa diamond at Euro 2004. I know Scholes went to the left but he had been playing centrally before, with me coming into the squad he was probably trying to fit us all in.

Scholesy retired then and came out of it, you know him better than me, whether he was shut out or wanted to focus on Man United. But then he developed into this incredible deep-lying player.

The Scholes I played against as a kid would arrive in the box and all that stuff. If he had done that (position change) and stayed in the England squad and played behind me and Stevie, for sure it could have worked.

You certainly get the feeling that more flexible modern manager would have found a way to allow all three men to thrive in the same team, with the failure to do so a major blot on Sven-Goran Erikkson's managerial CV.

As for the debate surrounding the three players, you get the feeling that it will be raging for quite a few years yet.

SEE ALSO: Jamie O'Hara Was Fuming After Embarrassing Spurs Prediction Came Back To Bite Him 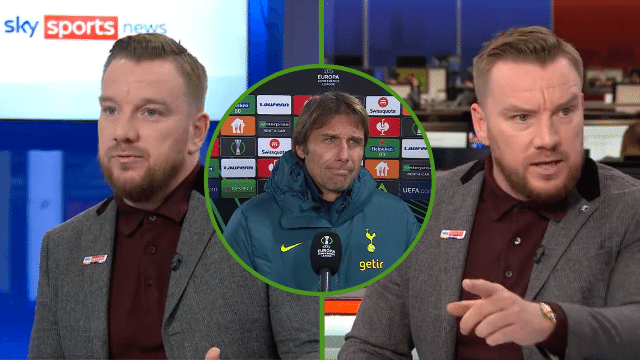