Shamrock Rovers finally put their horrid Dublin derby to bed with a 1-0 victory over Bohemians in Tallaght Stadium on Friday night. While Roberto Lopes was the man of the match, Graham Burke was the man with two defining interventions. 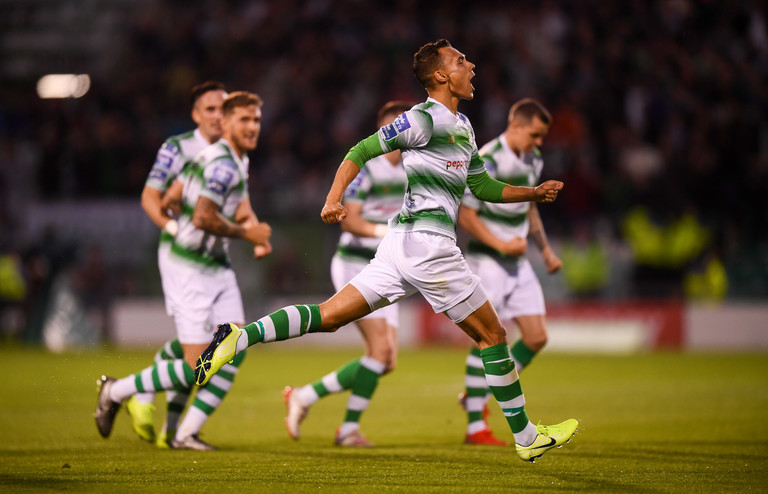 The game was played in front of a record Tallaght crowd of 7,021 which included Republic of Ireland manager Mick McCarthy and it was two vital interventions from midfield maestro Graham Burke which proved crucial. His goal came thanks to a first-half header.

Shamrock Rovers lead after a fine header from Graham Burke.

Just after the hour mark, his heading ability would come good again as he denied Bohs twice with two goal-line clearances.

Graham Burke the last line of defence to clear off the line twice to deny Bohs. #DublinDerby #LOI pic.twitter.com/2x43LFwpcb

Speaking to Eir Sport post-match, Stephen Bradley cut a content figure hailing the result as more important than the performance: "Don't forget that is our fifth game in fifteen games. It has been a long hard schedule for the players."

It ensures Rovers stay within four points of league leaders Dundalk, although the defending champions do have two games in hand.

SEE ALSO: David Meyler: A Footballer Who Epitomised What It Means To Be Irish