Hamann Thinks England May Have Lost Sancho After Southgate's Omission

It seems as though the wealth of attacking talent at the disposal of England manager Gareth Southgate at Euro 2020 is becoming as much of a curse as it is a blessing.

Having not fully established his first choice team in the buildup to the tournament, Southgate now finds himself in the position of being questioned no matter who he picks up front, given the level of certain players he has had to leave out of the side.

Much of the early focus among the English press and supporters has been centred around the choice to leave Jack Grealish on the bench in the opening two games in favour of Mason Mount, Raheem Sterling and Phil Foden.

Grealish did appear as a substitute in the second half against Scotland, but the calls for him to start have finally been answered as the Aston Villa man has made the eleven to line out against Czech Republic, alongside Raheem Sterling and Bukayo Saka with Harry Kane up front.

But speaking on RTÉ's pre-match analysis before the game, Didi Hamann has questioned Southgate's decision to again overlook Jadon Sancho, who very much seems to be the forgotten man of England's star-studded attack.

He would be in my team at the best of times, if everyone was fit, regardless of whether Foden has got a booking or not. I think he is probably the best winger - of all the talent England has got going forward, I think he is the best one.

For the first game they didn't even put him on the bench...He was on the bench for the second game. And I just wonder what the lad is thinking because now Saka is playing, who's played about 30-odd games for Arsenal. He (Sancho) has set the Bundesliga alight for the last two seasons, he was brilliant in the league and in the Champions League. He's a game changer.

Apparently Southgate came out with a quote saying he didn't train well. I think as a manager the most important thing is that you've got to be honest with your players and you've got to be fair. If you can't get a game because (you don't) train well, but he doesn't drop players if they play badly, then I think at some stage you run out of arguments...

I think all the forward players so far have been disappointing. If you want to go far in this tournament you need Sancho, he's a game changer. I think there's every chance he has lost the player now for the rest of the tournament.

What's he going to think? He's sitting on the bench today - he'll be thinking Foden comes back for the next game...Now 19 year old Saka plays... 'What needs to happen in this tournament for me to play?' You've also got Rashford ahead of him in the pecking order, so he's probably the fourth or the fifth winger in the whole set-up...

I find it astonishing that he can't find a place for Sancho. 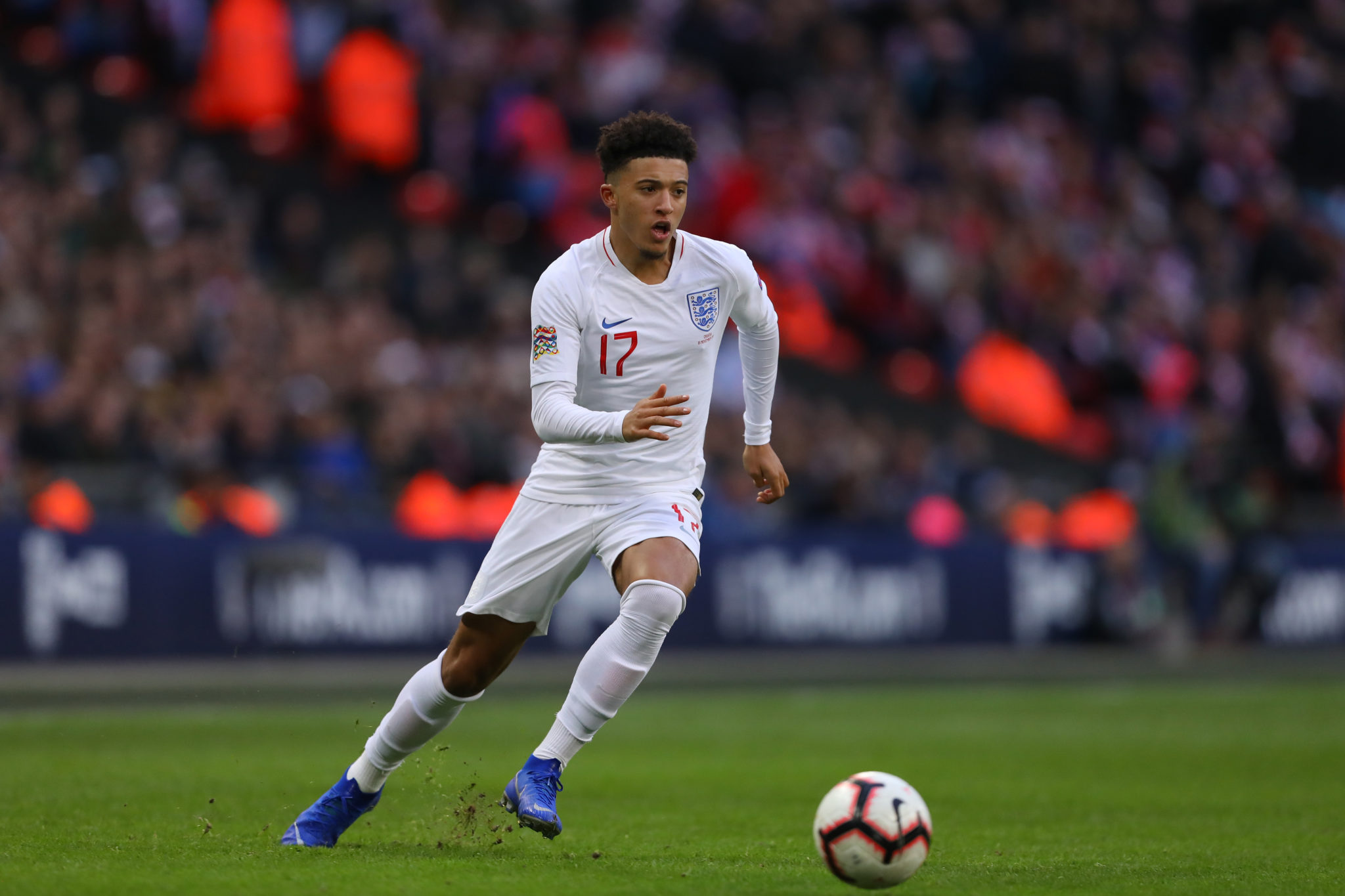 It does seem strange that a player like Sancho, who has been prolific in attack at the top level of European club football with Borussia Dortmund over the past few seasons, doesn't seem to feature in the pecking order of this England squad.

Southgate has tough decisions to make regardless of who he leaves out of his front positions, and Hamann's comments certainly shouldn't be seen as a criticism of the likes of Saka or Grealish, who have both been really impressive this season and made an instant impact in the build up to Raheem Sterling's goal against the Czechs at Wembley. But Sancho is arguably the most proven at club level in comparison to all his rivals in the squad, with maybe the exception of Sterling.

This might just work out in Manchester United's favour, as the club are believed to be close to an agreement with Dortmund to sign the player this summer. If the player stays rested and doesn't do anything to further inflate his transfer fee at this tournament, then United won't be too upset about it.