How Would A Team Of Chelsea Loanees Fare In The Premier League?

Chelsea currently have a total of 38 players out on loan. 38 players! That's three full teams and 5 subs left over. It raises a couple of questions; firstly, how mental must that fabled Chelsea loanee Whatsapp group be and secondly, how would a team of Chelsea loanees fare in the Premier League?

According to The Guardian, almost 15% of Football League clubs have loaned a player from Stamford Bridge in this transfer window.

So let's say there are still 20 teams in the Premier League but now Chelsea have entered a second team comprised of the best players they currently have out on loan. With the likes of Loic Remy, Juan Cuadrado and Nathan Ake available for selection, it could be argued that they could do more than just fight for survival.

First, let's take a look at how the team could line out: 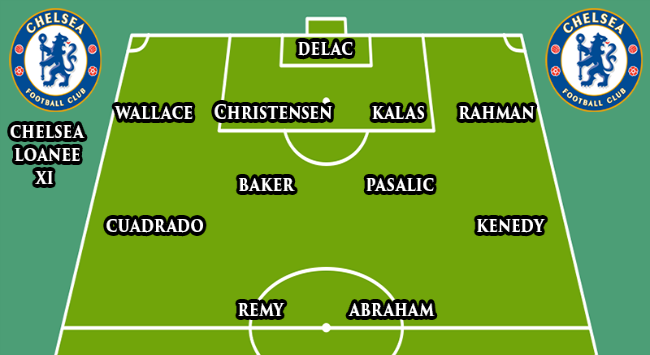 It's certainly not a bad team let's start there! There are more than a few internationals in there and the balance of youth and experience just highlights the crazy level of talent that Chelsea loans out every year. Running through the teams it's fairly clear that they would put in a good showing over the course of a pull Premier League season.

Matej Delac would be the man in nets for this loanee squad. The 24-year-old has played on loan for a total of nine clubs and has represented Croatia at all youth levels. He has experience anyway so we'll give him a go. This team of loanees even has a back-up keeper with Jamal Blackman waiting in the wings.

22-year-old attacking full back Wallace would offer an overlapping threat going forward. The Brazilian currently plays for Gremio in Brazil and has played on loan for Inter Milan and Vitesse. He had a disappointing season last year as he was on loan with Serie A side Carpie when they were relegated. We'd give him a go at right back anyway. 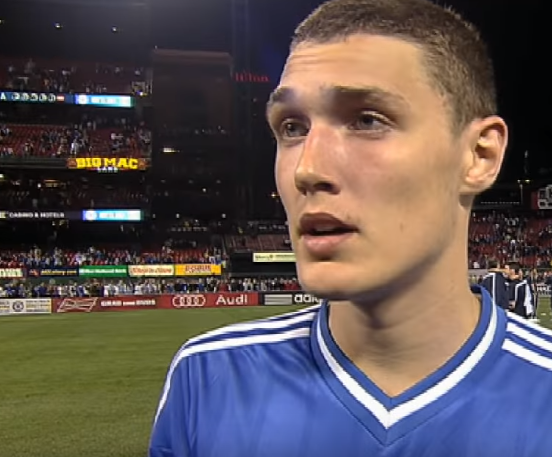 Andreas Christensen would make up one half of the centre back pairing. The 22-year old plays for the Danish national team and is currently in his second year on loan at German side Borussia M'Gladbach where he is playing extremely well. He was even voted as player of the year at the German club ahead of then club captain Granit Xhaka. Potential club captain for the loanees?

Tomas Kalas is a Czech Republic international and played on loan in the Middlesbrough side that won promotion last season. He's currently holding down a starting role in the Fulham squad so he could definitely do a job in this squad. That's a fairly solid looking pair of centre backs if you ask me.

At left-back Baba Rahman would be a great choice to have. The 22-year old made 15 first team league appearances for Chelsea last season and besides a couple of shaky Chelsea team performances, the Ghanaian looked a promising player. 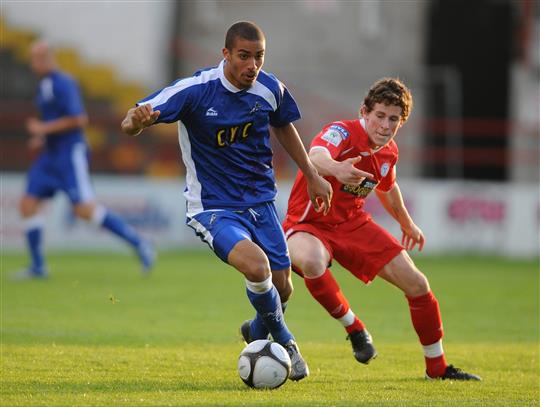 In the centre of midfield sits one of Chelsea's brightest prospects, Lewis Baker. The 21-year old currently playing his second season on loan for Vitesse in the Eredivisie. Jose Mourinho once said that he would be to blame if Lewis Baker did not become a senior England international, such is the 21-year old's promise. He has represented England at all youth levels and could be pegged as a future captain in this loanee squad.

Mario Pasalic lines out alongside Lewis Baker to complete the central midfield pairing. The Croatian currently plays for AC Milan having made 16 first team appearances for Monaco last season. Before that he made 31 appearances for Elche in La Liga. The 24 year old is 6ft 1 and has experience is top leagues, a no brainer for the middle of the pitch.

Kenedy made a total of 20 first team appearances for Chelsea last season and even scored in 39 seconds against Norwich. The 20 year old was sent to Watford for more game time and Chelsea fans will be keeping a watchful eye on their bright prospect. He could play out on the left wing for this loanee XI. 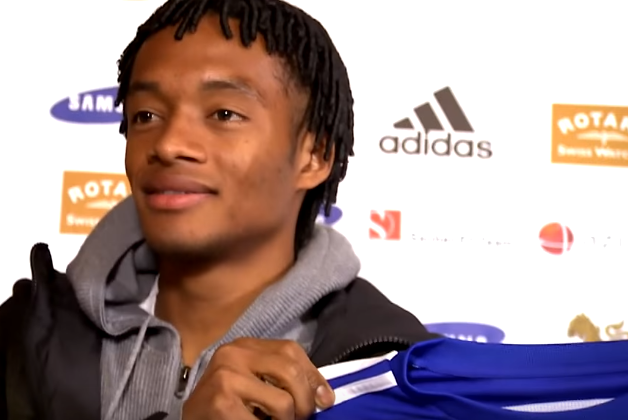 Juan Cuadrado is the protagonist in what is quite possible the strangest move of the window gone by. The 28-year-old moved to Juventus on a three-year loan deal. Three years! He never really had a chance to shine at Stamford Bridge but has been impressive in Serie A throughout his career. The Colombian made 28 appearances for Juventus last season and scored four goals.

Loic Remy moved to Crystal Palace just before the transfer window shut. Remy has an impressive track record in the Premier League, most notably scoring 14 goals in 26 appearances while on loan at  Newcastle in 2013/2014. The Frenchman would be a guaranteed starter in this team.

Tammy Abraham moved to Bristol City at the start of this season and his form thus far has warranted his inclusion. He has scored four goals in five appearances for a team that currently sits in sixth place in the Championship. There's goals in this team!

Where would it finish? I think this team could legitimately escape relegation, squad fitness permitting. That isn't to say that there is no depth. The likes of Jamal Blackman, Patrick Bamford, Christian Atsu, Matt Miazga, Charly Musonda and Lucas Piazon would be on the bench. With all that in mind I would predict a final position of 16th.

Who knows, if they were a legitimate team they could be challenging for Europe within a few years. Good grief.

Football
44 minutes ago
By Balls Team
Medals Stolen From Reece James’ Home While He Was Playing For Chelsea
Football
1 hour ago
By Andrew Dempsey
Rangers Refuse Neil Lennon And Chris Sutton Access To Ibrox For Work, Due To 'Security Risk'
Football
2 hours ago
By Andrew Dempsey
Man City Fan Groups Furious With Pep After He Begged For Higher Attendances
Previous Next

Football
44 minutes ago
By Balls Team
Medals Stolen From Reece James’ Home While He Was Playing For Chelsea
Football
1 hour ago
By Andrew Dempsey
Rangers Refuse Neil Lennon And Chris Sutton Access To Ibrox For Work, Due To 'Security Risk'
Football
2 hours ago
By Andrew Dempsey
Man City Fan Groups Furious With Pep After He Begged For Higher Attendances
Popular on Balls
GAA
22 hours ago
By PJ Browne
Meyler And Morgan Open Up About Tyrone Covid-19 Troubles
GAA
10 hours ago
By PJ Browne
Patrice Evra And Jamie Redknapp Visit Kerry For 'League Of Their Own'