The IRFU and Connacht Rugby have confirmed that Bundee Aki has signed a three-year contract extension that will keep him at the Sportsground up to the end of the 2022/23 season.

The centre was crucial to Connacht’s 2016 Pro12 success and has represented the province 92 times, scoring 18 tries. 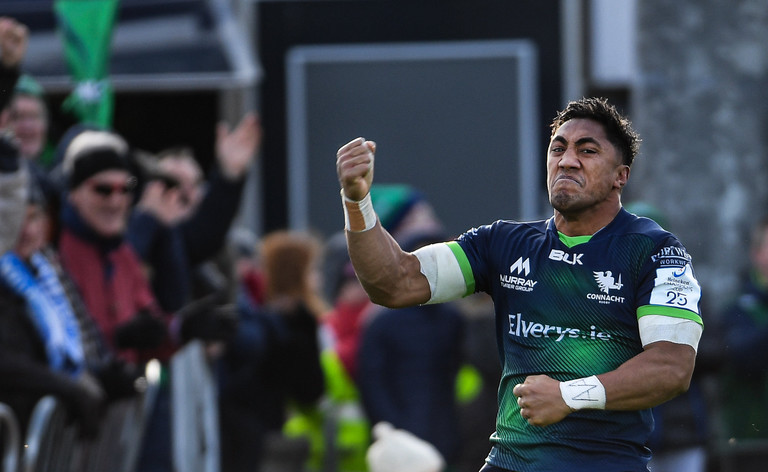 Bundee has been an incredible player for Connacht since his arrival in the Sportsground. He has completely embraced every aspect of life in the West of Ireland and has driven standards among the playing group.

He shares the ambition that we have for the seasons ahead and what he can achieve as a Connacht player. His commitment for a further three seasons is a sign of the energy and passion he has for the province”.

In a statement, Bundee Aki explained he was excited for what is to come.

“I am grateful for the opportunity I have been given to represent both Connacht and Ireland and am delighted to extend my IRFU contract.