The role will see O'Shea charged with the leadership, management and strategic direction of the professional game in England as Nigel Melville departs.

The former Irish full-back resigned from his position with the Italian Federation following the end of the World Cup and already has a keen understanding of the inner workings of England's game having worked with Harlequins previously. 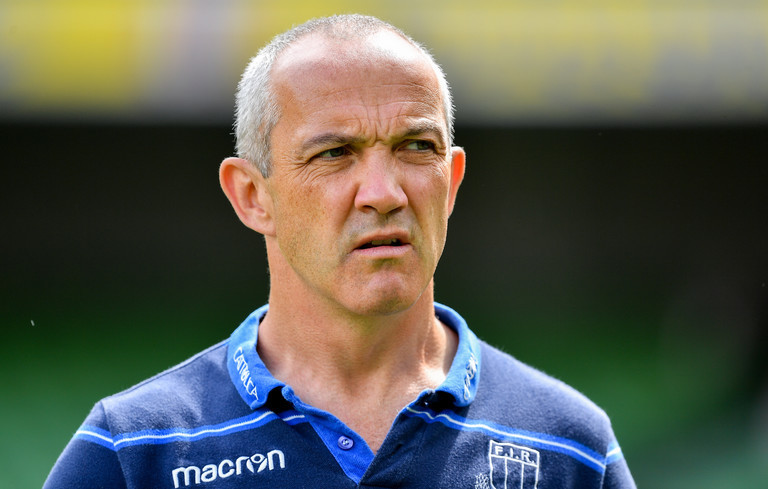 He will work closely with England coach Eddie Jones as they start a new World Cup cycle.

Speaking about the role, O'Shea said he was delighted.

“I am privileged and honoured and it is an incredible opportunity to join at a really exciting time for English rugby.

“I’ve spent the last four years in Italy, six years at Harlequins and before that 10 years at London Irish, so I feel I know the system pretty well. The good times, the bad times, winning things and being competitive, so I can relate to the people and challenges that happen within our system. I have learned a huge amount internationally in the last few years as well."

There is an exciting vision at the RFU. It is not just about winning tomorrow, but also about sustaining success and winning long into the future. We can really look forward to rejuvenating and re-energising the performance pathway to help, support and push England rugby on.

As well as our relationships with all stakeholders, it’s about women’s rugby, Sevens, referees and coach development, which is absolutely fundamental.

There has been some fantastic work done over a long period of time in these areas and there have been some challenges for various reasons as well.

"Now hopefully there is an opportunity to have stability, with the ability to invest and really push forward and challenge ourselves to become better. We are here to provide a sustainable winning environment and I hope I can play my part in creating that.”