This morning, Umbro launched the 2022 Ireland away kit, and after long last, we have the return of the Ireland orange kit. It will be the first time in a quarter century that Ireland have born orange.

It's been a wonderful autumn for Ireland kits. The resplendent blue Ireland centenary kit was a massive success. The Ireland orange kit is both nostalgic and inclusive, on top of being visually striking.

We spoke to Jonathan Courtenay, MD of JACC Sports, who distribute Umbro in Ireland, about why Ireland is going back to orange after 25 years.

Balls: Tell us about the kit itself?

JC: Today we're launching the 2022 Ireland away kit. We've gone with a very strong orange - it's called popsicle orange - with a black trim and a bosphorus green is the colour of the green on the trim.

Balls: What was your thinking in bringing back the orange away kit?

JC: 2022 is the 25th anniversary of the first orange kit that we ever wore, which was worn in that famous game in Macedonia when lost 3-2 and we had that Jason McAteer kung-fu kick. It's been 25 years, it's also the FAI centenary year. We obviously had the blue kit that was worn against Qatar, but we also wanted to celebrate the colours of the national flag, and as orange is a third of the national flag, it's very underutilised in our kit. People could say it's political but I just see it as colours. I just thought it was time we brought a kit back in orange.

Balls: Whatever happened to that Ireland orange kit from 1997? Was it abandoned after the Macedonia result?

JC: No not all actually. The UEFA and FIFA kit regulations were not as stringent then as they are now so actually didn't need to wear it a whole bunch. We did wear it a second time against Mexico in a friendly in Dublin, believe it or not,  because they wear green as their home kit. 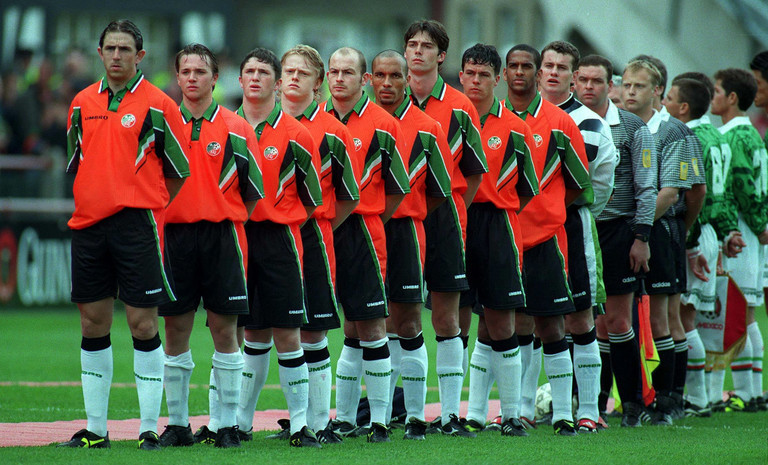 It's an iconic kit. Everyone remembers it, for good or bad reasons. They sell for really big money on ebay. They're a real collectors item and everyone wants a piece of history. So with those things in mind and it being the centenary, we thought it was the right time to introduce a very different but a very cool orange away kit.

Balls: Can you talk about that specific kind of orange 'popsicle orange' and how it differs from the orange in the 1997 kit?

JC: The last time we did an orange kit, it was full neon orange, an illuminous kind of colour. We have used orange in other kits, like the home kit for Euro 2016: it was on a stripe in a collar (see below). 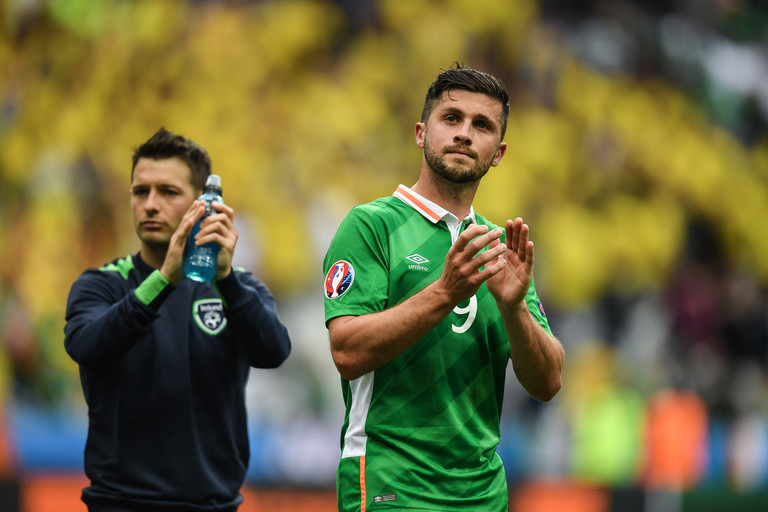 It's not quite a toned-down orange, but we didn't want something dull. It's set off with black in the shorts. We've got a nice spraypaint effect down the side and the shorts.

Courtenay went on to add that it's likely we won't see the men's senior team in orange this year. Luxembourg wear red, which would create a colour clash for Ireland's next away fixture at Stade de Luxembourg in two weeks (although there have been requests that the hosts wear an alternate kit). We'll likely first see the orange kit first sported by the U21s or the women's national team.

SEE ALSO: Connolly Misses Out As Ireland Squad For Portugal And Luxembourg Named 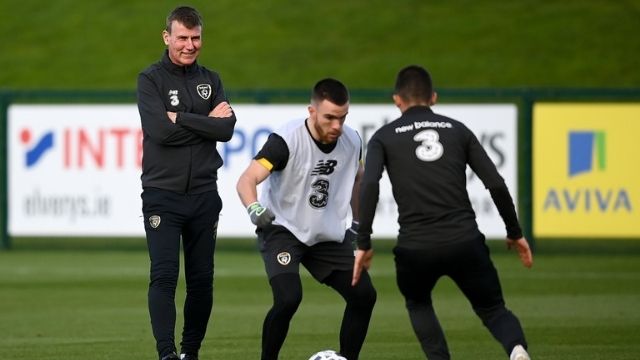 Football
7 months ago
By Eoin Harrington
Why Ireland Is Wearing Blue Against Qatar Tonight
Football
1 year ago
By Balls Team
The Top 5 Ireland Umbro Home Jerseys
Football
5 years ago
By John Balfe
The 5 Stand Out Stars of Euro 2016 So Far
Popular on Balls
GAA
3 days ago
By PJ Browne
Mayo's Padraig O'Hora Using Football To Promote His Real Passion
Rugby
21 hours ago
By Colman Stanley
'That Pace, That Intensity, That Organisation' All Black Legend Has High Praise For Leinster
GAA
21 hours ago
By PJ Browne
Jim McGuinness's Gut Tells Him Dublin Will Win The All-Ireland
33