Player Ratings As Uninspiring Ireland Labour to Victory Over Gibraltar

Ireland have another three points on the board, but it was certainly far from convincing. After an encouraging showing in Denmark on Friday, the Aviva Stadium crowd was hoping to see their team rack up a few goals tonight against the 195th ranked side in the world.

What unfolded for the following 90 minutes was disheartening to say the least.

On an evening where Ireland experienced plenty of problems with busses, they struggled greatly to bypass the one Gibraltar parked on the Aviva Stadium pitch. It was sloppy, uninventive, and just downright hard to watch at times.

Here's how we rated the players on the night.

Was completely untested, barring one tame deflected effort in the second half. Not really sure what else to say? His kick outs were grand.

Was afforded plenty of room to operate down the right, and he made the most of it. He used Robinson's pace and movement to his advantage throughout, and put some excellent crosses into the penalty area.

As with the other three defenders, he was untested at the back.

Gibraltar were clearly trying to avoid Duffy when kicking the ball long upfield, and Duffy had very little else to do. Was a little sloppy in possession at times, but otherwise a very uneventful evening for the Derryman. 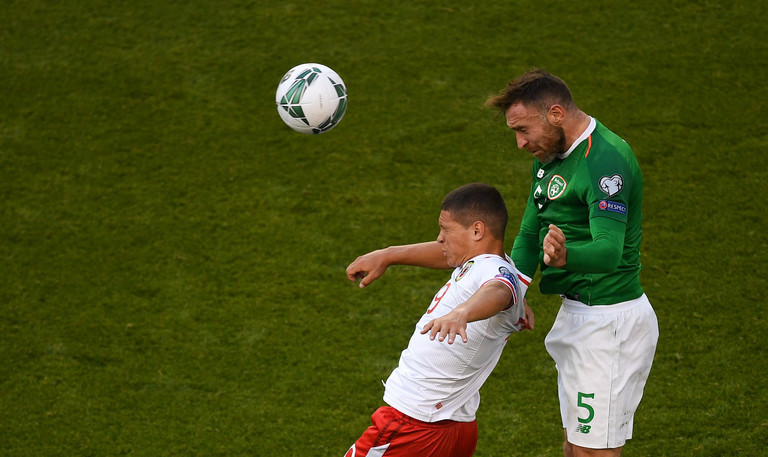 With Duffy seemingly being avoided at all costs by Gibraltar, Keogh had to do the lion's share of the work in the defence. He did so comfortably, and was never asked any real questions.

We would have liked to see Stevens venture forward more often in the first half, but his path was blocked by McClean at times, who hugged the touchline throughout. Was not tested at all in defence.

Sprayed the ball around nicely, but was offered very little space in behind by a well-organised Gibraltar defence. Acting as the holding midfielder, he did not get forward as much as he did in the last two games.

A surprising lack of fouls from Gibraltar mean we saw little of his set-piece prowess.

Was very sloppy in possession, with his final ball letting him down on a number of occasions. The game seemed to pass him by most of the time, and he displayed a lack of composure when he did manage to get involved.

Definitely not suited to the deeper role, and it seems unlikely we will see him there again in this qualification campaign. 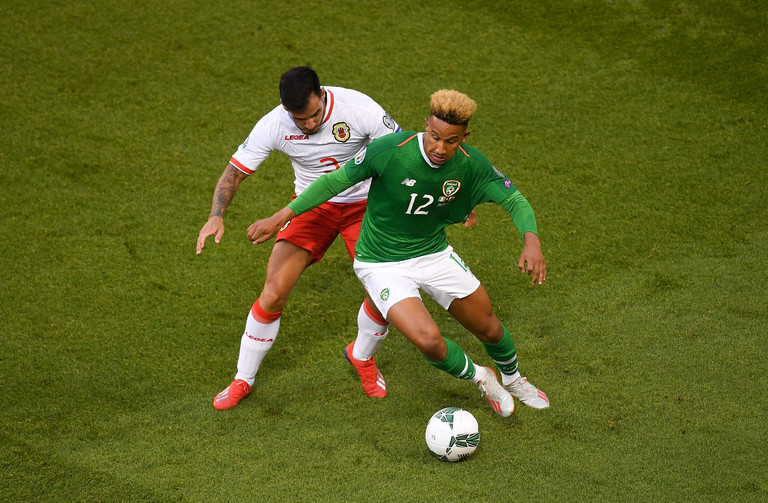 Definitely Ireland's standout performer on the night. Linked up far more successfully with Coleman in comparison to Brady on Friday night , and was the only player to show any real urgency for large periods of the opening half.

The Preston man had the ability to go by a man, displayed plenty of trickery on the ball. Was harshly substituted when there was certainly others who should have made way instead.

Ireland could certainly have been trouble in without him, and he is surely a must start for Mick McCarthy from this point on.

Was not shy in looking for the ball, but failed to break down the opposition defence once he got it. Ireland needed to show far more ability in the final third, and McClean was one of the main culprits in their failures to do so.

His crossing once again let him down, but he did make up for it somewhat with the late assist. 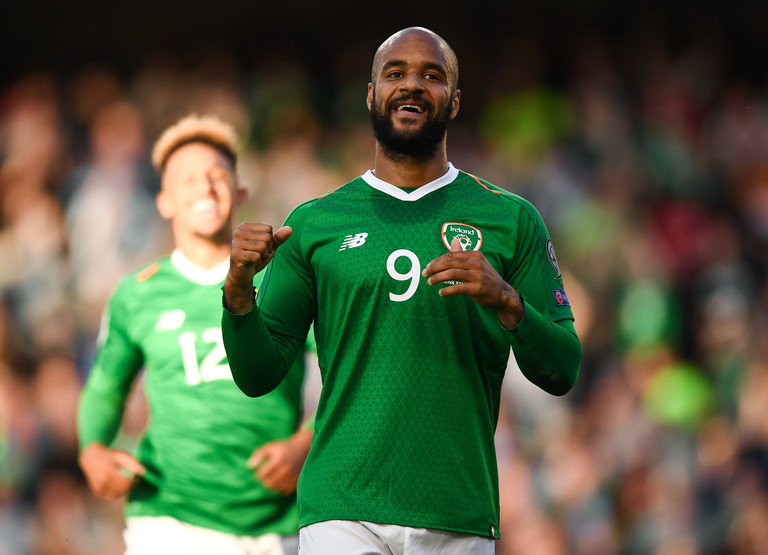 Playing in a slightly more withdrawn role to accommodate Scott Hogan, he dropped deep frequently in search of possession. Looked to have nabbed his first international goal, but his original shot was going well wide before it deflected off the Gibraltar defender.

Rattled the post with a curling effort in 71st minute, narrowly missing out on what would have been a fine goal. Another decent showing.

Lacked movement up front early on, and seemed to be continually offside when he did run in behind. In a game when Ireland needed a bit of cuteness up front at times, he was unable to provide it.

Could have had a couple of clearcut chances had he been quicker to react to balls dropping in the penalty area, but did have one decent effort stopped by the Gibraltar goalkeeper at the near post.

Looked very lively after coming on, producing the sort of pace and movement Hogan could not. You feel he would have looked more dangerous had he been provided with better service, something that was not really his fault.

Looked slightly off the pace after coming on, playing a few sloppy passes. There was a drop in intensity levels once he replaced Robinson, but his movement for the goal was first class.

Hopefully he kicks on from here.