Liam Brady pauses for a moment as he considers the fact that the UK scouting network he established while working with the FAI has been decimated. “It’s a sad and serious situation,” he eventually utters.

The practise of FAI enlisting Irish-eligible players from the UK is not a new one. Ever since the Jack Charlton era, potential candidates have been sounded out and recruited. Under Giovanni Trapattoni, Liam Brady arranged and organised a structured system.

When I got the job with Trappatoni it was important that we had scouts and I thought ex-Irish players who had a loyalty to what they were doing would do the best job. Mick (Martin) and Frank Stapleton were two of the people I asked to help. I know Don Givens, after he finished with the Irish U21s, was doing the same kind of job. I’d gone by then. 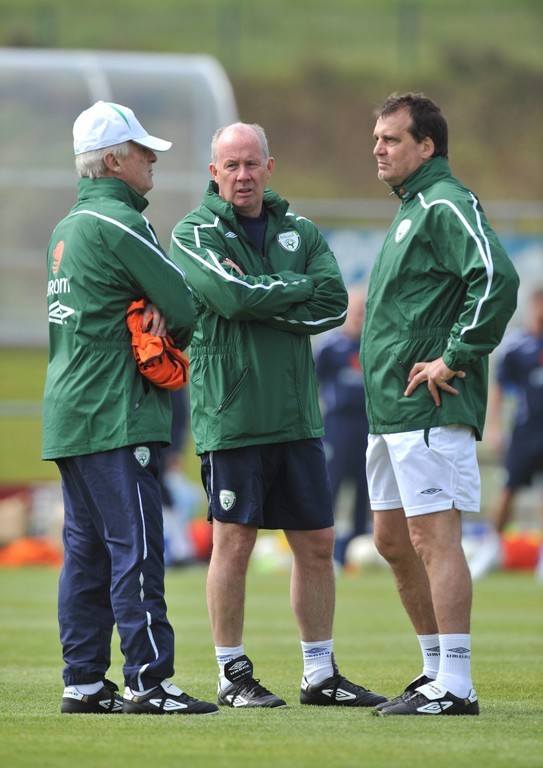 At the end of 2018, Givens, as well as Gerry Murphy and Mick Martin, were relieved of their duties. Brady is definitive: “I think it’s a step backwards. I think it’s another indication that the FAI are not doing a good job when it comes to youth development.”

The 72-times capped Irish international breaks off for a brief moment before adding, "I can only think the FAI are struggling financially to make such a decision."

Scouts like O'Toole are often associated with identifying potential eligible players, but Brady reveals it is as important for young Irish talent. He suggests more, not less, scouts are required because their remit is not only to identify potential Irish prospects but assist actual ones.

It’s only the professional way to do things that we have scouts in England. Those scouts in England should not only identity and find out about players but they should also keep in contact with Irish players, especially young Irish players because they need a bit of guidance and support. They’ve come over from Ireland at a very young age.

As Balls.ie reported this week, Irish underage footballers are increasingly likely to receive advances from neighbouring nations. In the case of one young Irish player, Armstrong Okoflex, he was approached by the English FA before the FAI. Okoflex qualifies for England on residency rules and has represented them at U16 level.

One of the scouts relieved of his duties, Mick Martin, told the Sunday Times of his situation. He described how Noel King, the new head of player identification, and Rudd Dokter, the FAI's high-performance director, contacted him to request a meeting. He was told they are 'restructuring' the programme and initially asked if he would perform the role on expenses only.

Martin was paid €20,000 per year to do the job. He also believes he and his colleagues were the victims of cost-cutting measures.

As well as the established scouts, the FAI has benefitted enormously from the goodwill of English-based figures like Steve Gallen, Charlton Athletic's head of recruitment, and London-based sports journalist Rob Brennan. They have reached out and recommended eligible players.

Brennan has an encyclopedic understanding of the game and its up-and-coming juveniles. He was recently approached by the FAI after sending them players for years and asked to take on a role in an official capacity for "match tickets and some gear."

Speaking to Balls.ie, he explained why he did not accept the position.

They contacted me and said they want to make me a scout, an official talent spotter in London. I said I’m going to tweet this if that’s okay, because that’s how people know me. The next day I was told it was a problem. Then I found out the lads were going. I asked about it and they said they were restructuring.

While Ireland endeavour to organise their own system, England is storming ahead with its own rigorous approach. In 2015, the English FA's talent identification manager Nick Levett announced plans to 'professionalise the industry' with a series of courses and further investment.

Former Republic of Ireland international Graham Kavanagh, whose son Calum was recently approached by the English FA, outlines an active network: "With young players, England have cast the net out for an awful lot of players, hoping they are impressed by the set-up and the way they operate."

"The set-up in England is just a lot better," explains former St. Kevins FC coach Mick McCracken. He has an obvious passion for Irish football and is now working for Premier League club Everton as a scout.

Players know in October that they are playing in February. The Irish set-up is two weeks before they are meeting. Even finding players, Mark O'Toole is over and doing a great job. He's really, really, good. But he's on his own. You can't cover the whole island, looking at players and seeing who's coming.

The hope is that there are good people in the system, as long as they are properly supported.

Within the Irish framework, there are individuals actively working to nurture domestic prospects. For example, Republic of Ireland U19 manager Tom Mohan is in constant contact with the National League's U19 managers, and just recently requested a full friendly list in a bid to observe the pool of players. 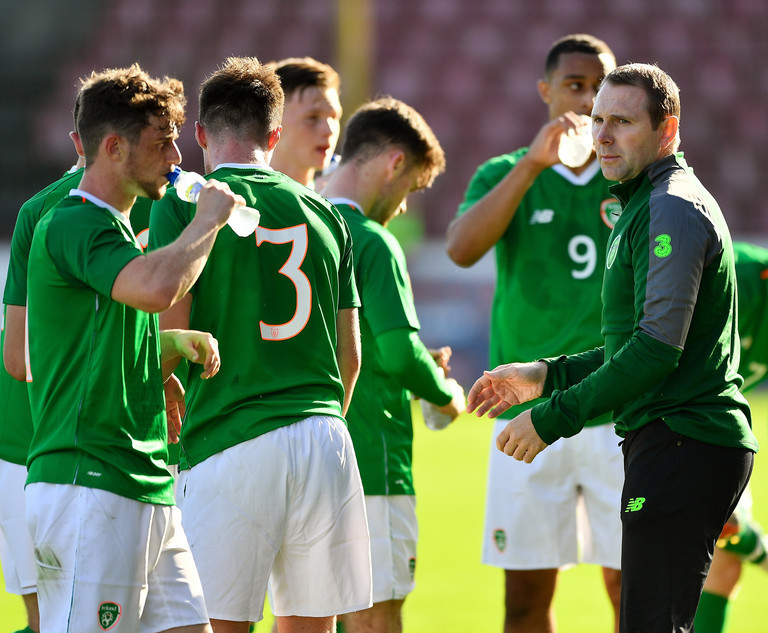 However, when it progresses to the next level, the idea of advancing Irish-based players is systemically restricted. An expert in this area is St. Patrick's Athletic's director of football, Ger O'Brien.

O'Brien is adamant in his belief that the current system works against domestically developed players.

Look, we can talk until the cows come home about our underage structure in this country but our league does not even allow for international breaks. When the U21s are playing, our games are on at the same time! Derry had a game called off last year because two of their players were with the Northern Ireland squad, three are with the Republic's U21s.

Our league is not set up to help those players, to accommodate them. When the fixture list comes out at the end December it doesn’t account for the Irish senior games or the U21 games. We've often played on a Friday night at the same time as a U21 squad. Are we giving them a chance when our league doesn’t even pencil it in?

"England do that for their U23 Leagues. They don’t have games because of international breaks. Our senior league does not allow for it."

A lack of sufficient recruitment abroad and no established pathway at home paint a bleak picture for the future of the game, but the clear devotion amongst several operatives at the coalface does provide minute hope. 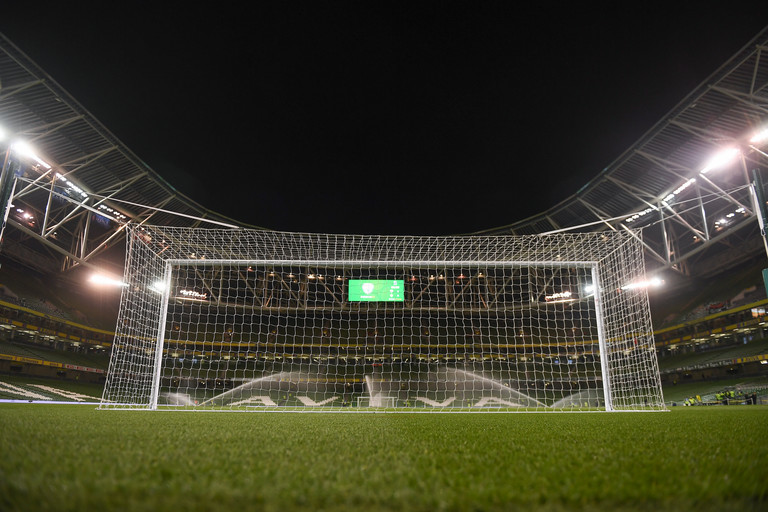 The resultant turmoil is obvious. O'Brien does not hesitate in stressing what needs to happen next.

"We have to have an industry. We need facilities, full-time staff. Players need to go to school and then have increased contact time with regard to training and the gym. It is nothing and they need everything, but that only happens if you have money. Finances.

"Does anyone know how much it is to run an underage facility? Spurs [spend] £4 million a year. That’s one of the lowest. Chelsea is £20-odd million, but you can go to Bournemouth who [spend] £1.5 or £2 million to run an academy. Could the government run a national academy? Could they come together with the FAI to orchestrate facilitates that way? The best young players will always, always go to England. Bright lights, better facilities, everything else.

"That has to change. We need control."

Football
1 day ago
By Gary Connaughton
Jack Byrne In Cyprus: The Right Club At The Wrong Time?
2

Football
1 day ago
By Gary Connaughton
Jack Byrne In Cyprus: The Right Club At The Wrong Time?
Football
1 week ago
By Gary Connaughton
Jack Charlton's Pope Quip After World Cup Exit Has Become The Stuff Of Legends
Hurling
1 week ago
By PJ Browne
How Dessie Hutchinson Kept The Hurling Fires Burning At Brighton
Popular on Balls
GAA
19 hours ago
By PJ Browne
10 Counties Represented As 2020 PwC Football All-Star Nominees Revealed
1