Irish Footballers In Italy: A Century Of Adventure

Like any transfer rumour in the age of the news cycle craving infinite gossip, Jeff Hendrick's apparent move to AC Milan will be taken with a generous pinch of salt. A very generous pinch. These days it would seem the mere utterance of a transfer on social media warrants a position on the Sky Sports ticker, and when we throw a period without games into the equation, printing Hendrick on the back of the distinctive red-and-black strip may perhaps prove just a little hasty.

Anyway, an Irishman in Serie A? Have you ever heard the likes?

Well, you probably have. Vignettes of Robbie Keane and Liam Brady in Italy are hardly sepia-tinted memories after all.

But the history of Irish players in Italy extends back further. The pioneering, yet relatively unknown, Paddy Sloan enjoyed a number of years contributing to the growing Italian game at the tail-end of the 1940s and early part of the following decade. In fact, the Irish influence in Italy dates back to the beginning of the 20th century when Matts Kunding, who to this day remains curiously enigmatic, lined out for Torino before moving across the city to join the newly-formed Juventus.

The years before and after Kunding's career appear to be lost to history, as are many of the details surrounding his on-field exploits, but you can only assume that he enjoyed a similar sense of adventure in this soon-to-be global institution as those who would follow.

Paddy Sloan (right) the first Irishman to play in Serie A. Pictured when at AC Milan. Paddy also had spells with Torino, Udinese and Brescia. #WildGeese pic.twitter.com/eFA8Ac4kgk

Four decades later, following the two catastrophic conflicts that came to define the century, Paddy Sloan of Lurgan would arrive on Italian shores to join a side already on their way to becoming not just Italian but European giants.

You would have thought an Armagh man joining AC Milan was an event that would produce some intrigue at home but there was little by way of fanfare as Sloan left England. He left practically unnoticed.

As a midfielder-cum-forward, perhaps a little like the versatile Hendrick, he did the rounds in the UK, taking in the sights at Old Trafford, Highbury and his own local Mourneview Park, home of Glenavon, among others spots and yet he still slipped away to the continent in the summer of 1948 without garnering much attention.

Up until that point he had been the quintessential journeyman, popping up on both sides of the Irish Sea as he carved out a career for himself. As Luftwaffe bombs hammered England like mallets, Sloan played his own game of whack-a-mole, always avoiding catastrophe despite his wandering ways. And even though these were perilously different times, Sloan's talent and desire to play still trumped the obvious dangers from above as he continued to ply his trade in locations like Somerset and London and The Wirral.

How his career would have been mapped out had the fractious years of the early '40s been avoided is anybody’s guess - and he's certainly not the only player the question can be asked of - though to suggest that he probably would have headed to Europe earlier than 1948 is well short of outlandish.

Once he arrived in the Mediterranean Basin he stuck rigidly to that modus operandi of hopping from club to club including Torino, Udinese and Brescia in his travels before setting sail once again, taking up residence in Malta, England and Australia as a manager before his death in 1993. When first leaving the familiar territory of the UK however, Milan was the port of call.

He signed for £10,000, a handsome sum in those days considering only a year later his former Manchester United club-mate, Johnny Morris, would break the world record when sold to Derby County for £24,000. When that deal eventually went through, Sloan's nomadic ways meant it was almost time to hit the road again and by the time I Rossoneri bridged a 44-year gap by winning the Scudetto, their first Serie A title, in 1951, he had already pitched his tent in a couple of Serie A bases.

Since Sloan's Italian getaway, Milan have become the European powerhouse that remain a respectable, if not underachieving, force, though the current circumstances of the club aren't all that unfamiliar to those the Lurgan man encountered when he first arrived in the city.

That Milan finished second in the league the season before the he arrived is overshadowed since they slumped to a finish 16 points behind the champions, Torino. Moreover, silverware of any significance was at a premium.

Hendrick's current abode at Turf Moor is not entirely dissimilar to the situation in post-war Lombardy. Sitting mid-table and unlikely to break the pattern of hegemony that has taken root right across Europe, it's difficult to foresee Burnley making huge strides as we enter the third decade of the century. A Scenario like the 2017-18 season will always be a possibility, though avoiding relegation will remain the primary concern. AC Milan therefore represent a seismic move for Hendrick, if it does indeed come to pass. 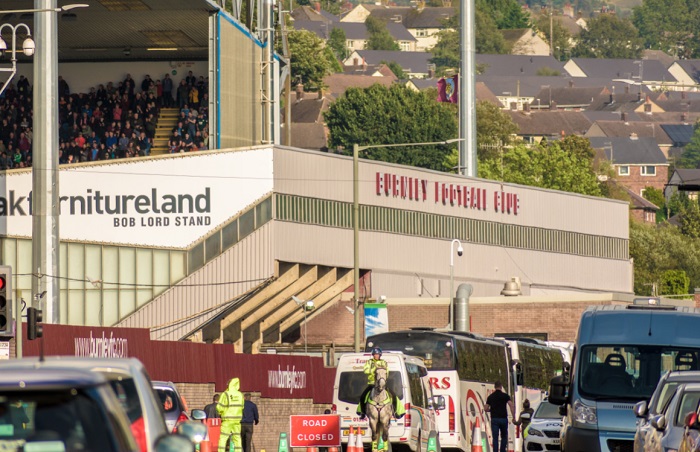 While they aren't the force of old, it's worth remembering that the all-conquering side of the '90s and the '00s, considered by some as the greatest defensive team of all time, followed a fallow period in the '80s when the sleeping giants lay comatose, as a heirloom of potential and gluttons for disappointment.

Meanwhile, away from the San Siro where they were catching a few winks before a some unprecedented success, Liam Brady was carving out some of the best years of his career at Juventus, Sampdoria and Inter Milan, winning two league titles during his time in the Piedmont region.

Robbie Keane, in contrast, provided a cautionary tale. Thankfully for him, he can take solace in the knowledge that his short stint at Inter now represents only a blip in his career. 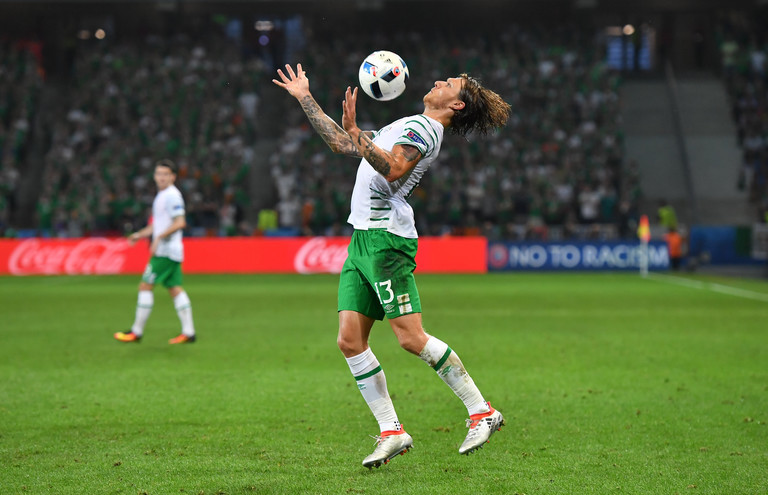 So, an Irishman in Serie A? Maybe it's not all that strange. Maybe there's potential there. And maybe a player like Jeff Hendrick has the appropriate mix of traits to instigate a much-awaited revival in northern Italy. Apart from Keane's brief stint as a teenager, the Irish have always held their own in the country and, to an extent, have compounded expectations in doing so. Even the little we know of Kunding was enough to enter the history books, avoiding absolute obscurity when Italian football was still in its infancy, the idea of full-fledged professionalism a notion for the far future.

Hendrick may indeed go on to see out his contract with Burnley, head to the San Siro and play an integral role in his new club's own Renaissance. Italian football may prove to be more than hospitable for the Dubliner. He may even produce the best years of his career in his new home.

Just another Irish seed in that rich Italian soil.