Last weekend saw the final round of games take place before the upcoming international break, as players were offered one final chance to impress Ireland boss Mick McCarthy. Seani Maguire did just that, scoring the winner for Preston as they continued their play-off push.

Matt Doherty also offered another reminder of why he has to be in the team, playing a major part as Wolves dumped Manchester United out of the FA Cup. He will be joined in the semi-finals of that competition by Shane Duffy and Brighton.

Take a look at the roundup in full:

Robbie Brady saw 10 minutes of action off the bench, as Burnley fell to a late 2-1 defeat at home to Leicester City. 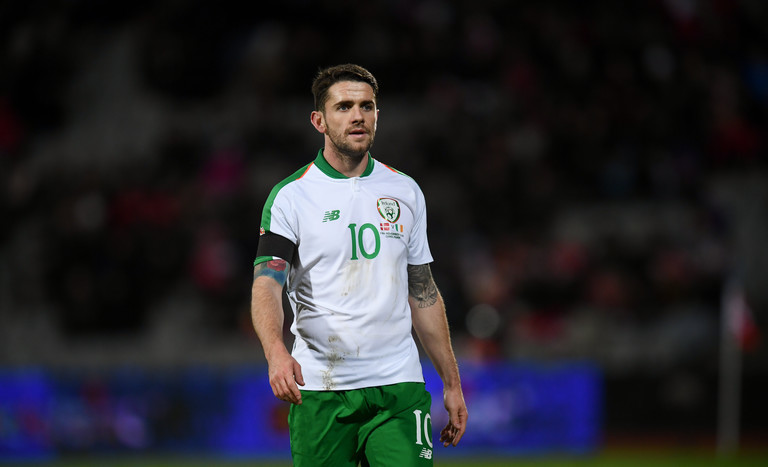 Cyrus Christie got 20 minutes of action for Fulham as they almost held Liverpool to a shock draw at Craven Cottage.

In the FA Cup, Matt Doherty starred as Wolves dumped Manchester United out of the competition, booking a place in the semi-final as a result. He was given a 9/10 by the Birmingham Mail, who had this to say about his performance:

Up against Martial Doherty defended superbly but it’s what he does going forward which is more important.

Time and time again he was Neves’ out ball, galloping up and down the right flank and invariably producing a moment of quality at the end of it. Tonight will be all the more sweeter for Doherty, who is the club’s last remaining trace of League One.

Shane Duffy helped Brighton advance to the last four, as they overcame Millwall after a penalty shootout. Duffy put in an average enough performance by his own high standards, being rated at 6/10 by the Brighton & Hove Independent.

Aiden O'Brien and Shaun Williams both start for Millwall in that one, with O'Brien scoring.

👏 | O'Brien taps in to take @MillwallFC one step closer to Wembley! pic.twitter.com/Kozl6tVcpA

Football.London gave O'Brien 8/10, while Williams was only deemed worthy of 6/10.

In the Championship, Sheffield United moved into the automatic promotion places after a fantastic victory over Yorkshire rivals Leeds, with three of their Irish contingent earning starting places. Enda Stevens (who spoke to Balls before the game) was the pick of the bunch, earning an 8/10 from The Star:

Exceptional, going forward and defending when he had to. Created United's only bright moments in the first half and snuffed out a dangerous Jack Clarke move with ease.

John Egan and David McGoldrick also put in excellent performances, being given ratings of 7/10.

James McClean started Stoke's 0-0 draw at home to Reading, with the Stoke Sentinel giving him a 7/10 for a decent display.

Ipswich Town got a 1-1 draw at home to promotion chasing Nottingham Forest, with Alan Judge continuing his good run of recent form, getting a 7/10 from the East Anglian Daily Times.

Seani Maguire came up big for Preston once again, heading home a 94th minute winner to secure the three points against Birmingham City.

He earned a 7/10 rating from the Lancashire Evening Post, as Preston moved up to seventh place. While Alan Browne missed out on this one due to injury, there was some good news for Ireland fans, as Callum Robinson played 30 minutes off the back after a four month injury layoff.

Glenn Whelan started for Aston Villa in their 3-0 thumping of Middlesbrough, getting 8/10 from the Birmingham Mail for what sounded like a typical Whelan display:

Won his place back in the middle and ticked things over nicely. Kept it simple, refused to ‘shooot’ when the crowd urged him to, and helped maintain shape. An impressive display.

It was a much less enjoyable afternoon for Darren Randolph, who was given a 6/10 from the Teeside Gazette, who mentions there was little he could have done to stop the opening pair of goals.

James Collins played the full 90 minutes as they drew 2-2 with Gillingham, now sitting five points clear at the top of League One.

SEE ALSO: "I Didn't Have The Hunger Or Determination To Be A Footballer At The Highest Level."