Jack Charlton's name will appear on post in both Ireland and England for the next three weeks.

Beginning today, and continuing until Sunday, August 9th, a postmark reading 'Jack Charlton, 1935 – 2020' will be stamped across mail posted in both countries.

"This is the first time that An Post and Royal Mail have collaborated on a postmark. The commemoration of the life of Jack Charlton is a fitting occasion to do so," said Royal Mail CEO Stuart Simpson. 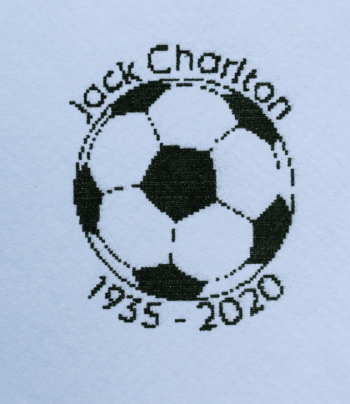 "Jack Charlton will always have a special place in the hearts and minds of Irish people. He gave our nation many of our happiest and proudest moments.

"Jack was the greatest example of a culture shared across these islands: that a proud Leeds player, a tall English football hero could become an Irish legend.

"That’s why it is so fitting that he should be the subject of the first joint postmark between An Post and the Royal Mail."

The funeral of the former Ireland manager, who died earlier this month aged 85, will take place in Northumbria on Tuesday.

See Also: Tribute To Jack Charlton Created In Mayo Town He Loved So Much