'I Can 100% Say They Haven't A Clue. They Are So Uneducated, It's Complete Ignorance'

The abuse which James McClean has been subjected to this season, particularly by opposition supporters during games against Huddersfield, Barnsley and Millwall, doesn't especially bother him.

What does trouble him is having to tell his daughters why he is suffering what Kick It Out called "disgraceful anti-Irish and sectarian abuse".

The abuse of McClean is rooted in his decision to not wear a poppy in games around Remembrance Sunday due to events in his native Derry during The Troubles.

"I shouldn't have to explain to my children," says the Stoke City player, speaking on Tuesday at an Aviva Stadium media event.

"As a parent, it's not a conversation that I want to have.

"The oldest, she's six now, and she asks questions. She picks up on everything.

"You're thinking that it's easy now because she is six, to kind of brush her off, but if it continues she is going to get to the stage where she is aware of what it actually means. Then it's obviously a different conversation, and it's one I don't want to have.

"All my family go to every home game. Why should they miss out because of mindless idiots in the stand? That's not fair on them. They love going to games, they love watching the games and obviously I love them being there, you know? I'm not going to let some idiots keep my family at home.

"I find it (the abuse) funny. I have a bit of craic back and, you know, wind them up and that. It seems to annoy them more than it annoys me, but I probably should stop that now because I don't want that to continue or have to talk to my children about it, so I probably shouldn't be stoking the flames when it happens. 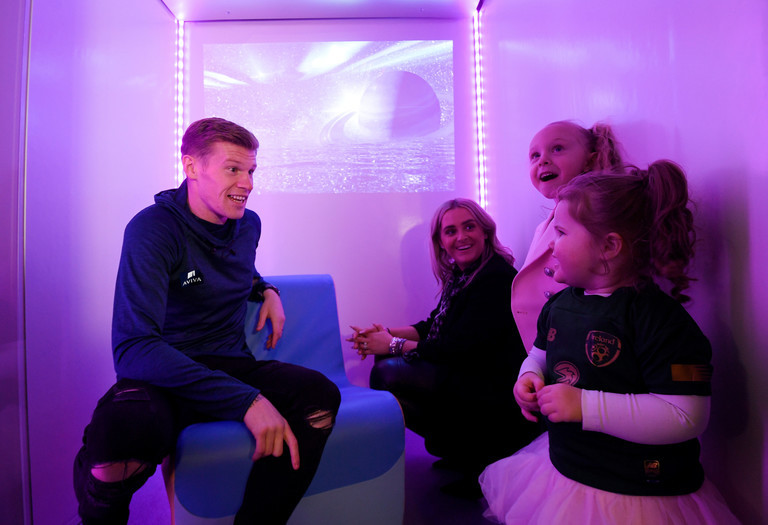 The Ireland international says that the invective has settled down in recent weeks with authorities tackling the issue. Barnsley were charged with breaching FA rules due to the behaviour of their supporters.

"I've been very critical in the past of the powers over there [in England], and rightly so, but again, credit where it is due: They've stepped up in recent weeks," McClean says.

The 30-year-old believes that Brexit and the political atmosphere in Britain did not exacerbate the situation.

"They are so uneducated [on Derry], it's complete ignorance. If you sat down and quizzed them you would end up blowing their brains because they wouldn't have a clue. It's like, the person beside me is booing, so I have to boo as well. I think that's a football fan mentality.

"You pull people here and there and ban them but if you've got 30,000-odd [in a stadium], I mean, are you going to go around and pull every single one of them out? It's not possible.

"But yeah, if there's a way of sanctioning a club or sanctioning individuals to make an example, then hopefully that can stop others from doing the same.

"I think society has got worse. With football, obviously it's in the spotlight so it brings it to light a bit more because of the platform it gives. But no, I think society, in general, has just gotten a lot worse in terms of [people] being racist, [dealing with] diversity."

Football
4 weeks ago
By PJ Browne
8 Standout Moments From Netflix's 'Sunderland Til I Die' Documentary
Football
1 month ago
By PJ Browne
'I Didn’t Actually Know I’d Scored. I Knew I’d Got A Good Connection'
5

Football
4 weeks ago
By PJ Browne
8 Standout Moments From Netflix's 'Sunderland Til I Die' Documentary
Football
1 month ago
By PJ Browne
'I Didn’t Actually Know I’d Scored. I Knew I’d Got A Good Connection'
Football
2 months ago
By PJ Browne
Kick It Out Condemns 'Disgraceful Anti-Irish And Sectarian Abuse' Of James McClean
Popular on Balls
Football
18 hours ago
By Donny Mahoney
Footballers Point Finger Back At Tories Over Wage Cut Demands
12