There is a curious situation at Stoke right now.

Michael O'Neill took over from Nathan Jones as manager in November with the club bottom of the Championship. Their form has vastly improved under the 50-year-old's guidance: they are now 19th and third in the form table with four wins their last six games.

O'Neill spent the previous eight years as manager of Northern Ireland. However, in taking the Stoke job, he did not fully vacate the international post. He will be in charge for the playoffs come March.

And here's the thing, should Northern Ireland beat Bosnia and Herzegovina and the Republic beat Slovakia, the two sides will meet in a one-off game for a spot at this summer's European Championships.

Among O'Neill's Stoke squad is James McClean, one of the most prominent Ireland internationals of recent times.

"He made a joke that he'll make me do 20km that week," says McClean, speaking on Tuesday at an Aviva Stadium media event.

McClean says that day-to-day, it had become 'stale and repetitive' at the club under Jones. He was excited when O'Neill was appointed having seen the job he had done with Northern Ireland and played also against his Shamrock Rovers team in the League of Ireland. 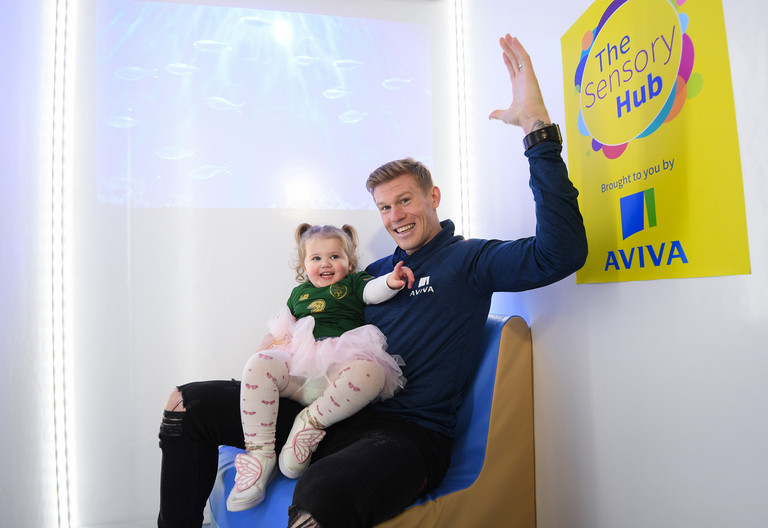 "It was a difficult start to the season but it's been going really well.

"He's changed formation. A lot happens when a new manager comes in. There's a lift around the place. He just breeds confidence into individuals, having private conversations with them. It's transcended onto the pitch.

"He's helped me and others if I'm being honest. Confidence was very low, as you can imagine; we were bottom of the table when he came in. His attention to detail is phenomenal. Everyone knows their job going onto the pitch."

Should the North and the Republic meet, the game would be played at Windsor Park.

"I'd be lying if I said that situation didn't cross my mind," McClean says.

"Obviously, given my background as well, it would be extra-special. It would be exciting. Look, if that's the case, I'm sure it would be a great occasion. Hopefully, we'd triumph, and it would definitely be up there in terms of career highs if that was the case.

There is a possibility that Ireland may get fewer than 1,000 tickets for the game. "Obviously, there might be a few who'd sneak into the hope home end, I'd say that's a high possibility," McClean jokes.

The 30-year-old feels there is no extra pressure on Ireland to qualify because of the FAI's precarious financial situation or that there will be finals games played in Dublin.

Like many in the Ireland squad, McClean's career began in the League of Ireland. Recent discussions about the possibility of an All-Island League has him enthused. He also feels it would be a step in the right direction towards forming a United Ireland.

"I think it would be exciting to have an All-Island League," he says.

"The FAI has made a complete balls-up to be honest. I don't know the ins-and-outs, but it's obviously not a good situation. So hopefully that can be resolved soon.

"And if it's not an All-Island League, then hopefully the League of Ireland can thrive even. Because it is very important. It gave me my education in the game and a lot of others."

Along with possibly playing in the European Championships, McClean has other plans for this summer: he's taking steps into coaching by doing his B badge. The Derryman isn't certain that he will have a career in football beyond but is preparing for all eventualities.

"Derry was always the plan, I want to finish my career in Derry," he says about what's coming way down the line.

"In the last two or three years, I haven't been home anywhere near as much. But every time I go home, there's something new opened. Someone will say, 'let's go here today' and I'm looking at them like they've got two heads. What's that?
It's strange in that sense. I could tell you the ins and outs of Derry before I left and now I'm going back and you do see new things.

James McClean: 'I Can 100% Say They Haven't A Clue. They Are So Uneducated, It's Complete Ignorance'