The Government Of Spain Vs. Football's Biggest Names - Mourinho Latest To Be Caught Up In Tax Scandal 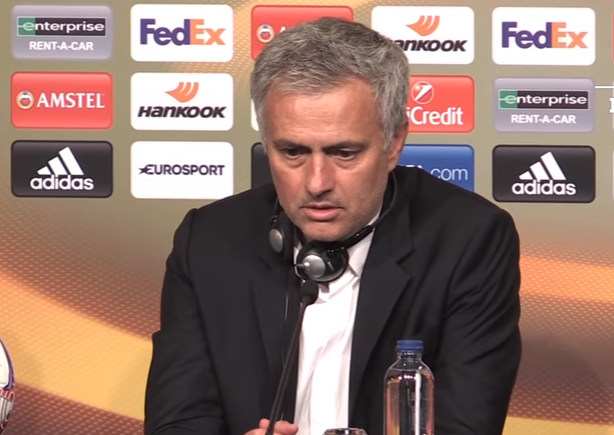 The Spanish authorities' crack down on multi-millionaires not paying their taxes is showing no signs of stopping, and the latest to fall victim to their investigative teams is none other than Manchester United manager Jose Mourinho.

Just weeks after Leo Messi was sentenced for tax fraud and just days after Cristiano Ronaldo threatened to quit Spain over being accused of owing €14.7m in tax, Mourinho is the latest to be accused.

According to the BBC, José Mourinho is accused of not paying €3.3m between 2011 and 2012 when in charge of Real Madrid. A Spanish prosecutor alleges that the Portuguese didn't declare income received from image rights, "in order to get an illicit benefit".

It's unclear yet what a prosecution would mean for Mourinho. Messi was given a 21-month jail term last month for failing to pay his taxes and owing over €10.1 million. The likelihood of the Barcelona star going to jail however is somewhat slim however.

Ronaldo, meanwhile, has said that will testify in his own tax fraud case, having denied all wrong doing. He is allegedly said to owe Spanish authorities €14.7 million for unpaid taxes, also on image right, between 2011 and 2014. Ronaldo is expected to testify at the end of July.

Neymar, his father, and Javier Mascherano have also had their troubles with tax over the last couple of years.

Mourinho is yet to comment on his case, but the Spanish authorities must be having a field day with this bunch.

Football
1 month ago
By Eoin Harrington
Mourinho Goes Full José In Interview After 6-1 Roma Defeat
Football
1 month ago
By Gary Connaughton
Jose Mourinho Was Up To His Old Tricks At Juventus Again Last Night
Football
5 months ago
By Gary Connaughton
Mourinho Believes France Bringing On One Of His Ex-Players Was Huge Error
Popular on Balls
Football
3 days ago
By Colman Stanley
Alex Ferguson Names His Greatest Captain, And It's Not His Most Successful Captain
Rugby
3 days ago
By PJ Browne
Trevor Brennan's Sons Played In The Same Top 14 Game At The Weekend
Football
1 day ago
By Gary Connaughton
Frank Lampard Reveals Ruthless Nature Of His Sacking At Chelsea
The Rewind
2 days ago
By Colman Stanley
New On Netflix Ireland: Your Guide To December's New Additions