In a world where modern-day players messaging is enwrapped with commerciality and brand managing, Juan Mata continues to try and buck the trend.

The Manchester United midfielder started their 1-1 draw against Huddersfield on Sunday in a performance that had Sky Sports pundit Gary Neville seething: "There's nothing about this Manchester United side I like at all. They're just awful."

Mata has kept up his blog during the course of the season and on Monday he kept it short and to the point. 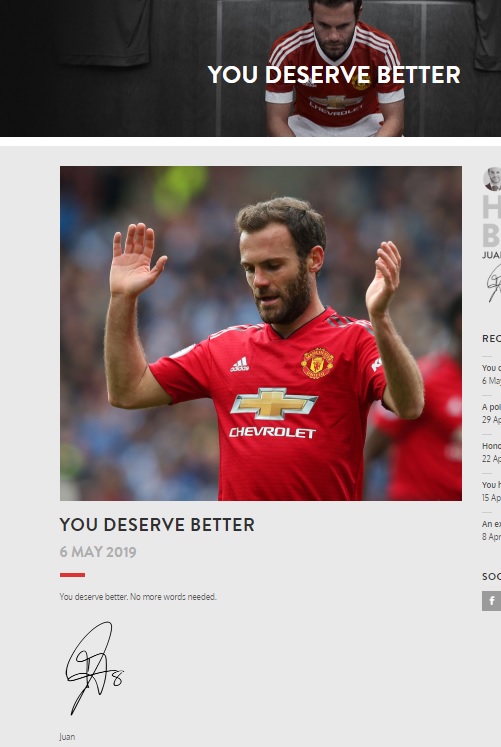 Speaking after the game, Ole Gunnar Solskjær was also critical of the performance: "Over 90 minutes we were not good enough." He went on to put it down to "concentration, maybe application."

For Manchester United, it means Champions League football is now impossible. The club has a major summer of activity ahead with the future of several players, including Juan Mata who is yet to sign a contract extension, up in the air.