A winless run of the likes Stephen Kenny experienced during the beginning of his Ireland tenure is never acceptable at international level, but it's fair to say that the majority of the footballing public in this country is still very much behind the manager.

Things are not great at the moment. However, foundations are being put in place for future success.

That being said, how bad would results have to get before real questions are asked? It is a difficult question to answer, especially when you consider the issues he has had with player availability during his time in charge.

Speaking on The Buildup podcast, Kevin Doyle said that Kenny needs to see out his contract before any real judgements are made.

You'd give Stephen his contract and see it out, see how we go when we start back again in the important games in September. You give him the chance to build.

You could make lot of excuses or give valid reasons for his tough start: coaches coming and going, players retiring, covid, injuries. He's had a really bad run of luck that way.

There have been some decent performances at times in games, but not putting it together for 90 minutes.

We haven't won. You could say we haven't got the players, but we have the players to beat Luxembourg and Andorra.

Kenny's Ireland contract runs until the end of the 2022 World Cup qualifying campaign, meaning the rest of the calendar year could have a big impact on his prospects moving forward.

The former Dundalk manager has remained largely positive despite the team's struggles on the pitch, although there seemed to be a bit of friction after the friendly against Qatar. The Ireland boss accused some people of 'coming out of the woodwork' to criticise him and the players.

"You've everyone coming out of the woodwork wanting to kick us while we're down and that's alright... but I've great belief in the players and I think we're going to formulate a very good squad"

Those were comments that slightly worried Kevin Doyle, who believes than Stephen Kenny has actually gotten an easier ride from the media than many of his predecessors.

The one thing I would say is that after the last game, I was doing it for RTÉ, and right at the end of the interview he was criticising the way people were 'coming out of the woodwork' and having a go at him.

I thought that was a bit... you see it with every Irish manager where people have a go. Ask Martin O'Neill, Giovanni Trapattoni, or Steve Staunton, it's the job.

He shouldn't be listening to it. That's the media and a side of it that he doesn't have to worry about.

It worried me a little bit that it upset him. He's a professional and is managing an international team, he knows if you haven't won for this long (what is coming).

I would actually say he is getting fairer treatment than the likes of Steve Staunton, Martin O'Neill, Giovanni Trapattoni, Brian Kerr. Everyone gets criticism, so he shouldn't react to that. He should be above it.

It's just noise. He needs to concentrate on his job and not be affected by that. 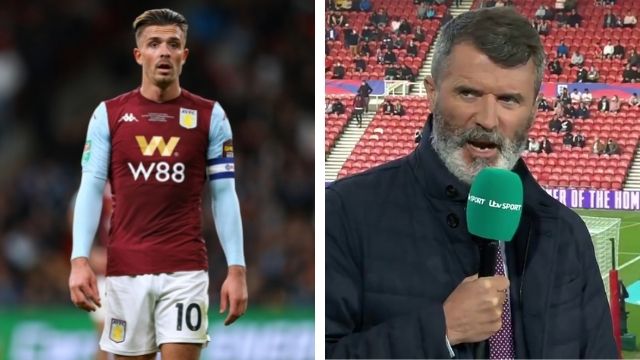