The Tallaght side came from behind twice to give themselves the advantage ahead of the second leg tie. Twice they came from behind, with Lopes central throughout. The centre-half conceded a penalty, forced an own-goal after Jack Byrne produced some magic to win a free and delivered a superb ball before finally scoring the 94th-minute equaliser.

The vital away goal for Rovers as they equalise against SK Brann.

Shamrock Rovers grabbed a deserved draw in Brann after a last gasp header from Roberto Lopes that sent the away end crazy!

Elsewhere, St Patrick's Athletic have it all to do after falling to a 2-0 home defeat against Norrköping. The Swedes were a level above throughout although Harry Kenny's side could have been awarded a penalty midway through the first half with the sides level. 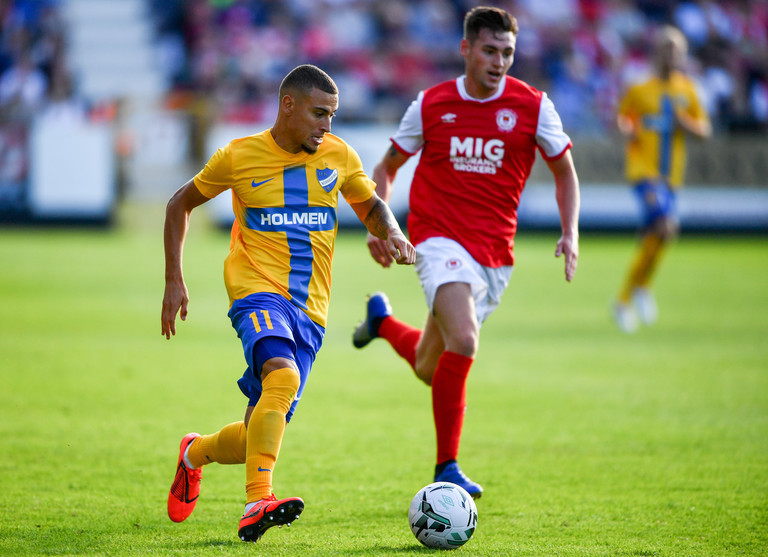 Jordan Larsson, son of Henrik, was lively throughout with the striker rattling the crossbar early in the second half after a lightning-quick break.

Cork City were also outclassed at home and went down 2-0 against Progrés Niederkorn at Turner's Cross. It ensures the second leg in Luxembourg next Thursday evening is a huge task.

Football
4 days ago
By Colman Stanley
Vinnie Perth Tells Fantastic Story About How Dundalk Sneakily Signed Richie Towell
Football
1 week ago
By Colman Stanley
'Everyone Was Buying In, Everyone Wanted A Piece': Dundalk's Glorious Summer Of 2016
Football
1 week ago
By Eoin Harrington
David Moyes Explains Why He Kicked Ball At Ballboy
Popular on Balls
GAA
2 days ago
By PJ Browne
Cusack Has Little Sympathy For Gearoid Hegarty After Red Card
Football
7 hours ago
By PJ Browne
Man Arrested For Headbutting Billy Sharp After Playoff Semi-Final
GAA
1 day ago
By PJ Browne
GAA President Explains Why Tailteann Cup Won't Be All-Ireland Curtain Raiser
Football
3 days ago
By Eoin Harrington
Alan Shearer Says Roy Keane "Ran Away" From Him After Famous Clash