'You Get To Express Yourself': Will Patching Thriving At Derry City

Derry City's English midfield maestro Will Patching has taken the road less travelled to achieve consistent gametime, but given the current success of the Candystripes, his journey to the League of Ireland looks to be paying off.

His path began when he joined the Manchester City academy at six years of age, staying there for 14 years. He rubbed shoulders with the likes of Jadon Sancho and current City superstar Phil Foden, whom he describes as the best he has seen. And he also gives praise to current Crystal Palace manager Patrick Vieira who he worked under during this time.

After a brief stint with Notts County, Patching made the journey across the Irish Sea to Dundalk before getting loaned out to Derry  City in 2021. This move was then made permanent this year.

Derry have a serious upturn in results since the appointment of Ruaidhrí Higgins in 2021, and they currently lie in second place in the League of Ireland, just one point behind Shamrock Rovers. Patching has been a revelation in midfield, and with the freedom he has been given to go forward he has chipped in with six goals this season.

“He brought a lot of positivity,” says Patching about Higgins. “When he came in last year he started picking up results, his idea of the game is very good, and he’s a great manager, and all the lads buy into what he wants to do.

“There’s something strong building at the club and we’ve got a lot of things to look forward to, Europe this year being one of them. Hopefully we keep doing well in the league and get a good cup run, but we’ll see who we get in the draw, I think it’s Tuesday the draw. So hopefully we get a good draw and can go on a little run.” 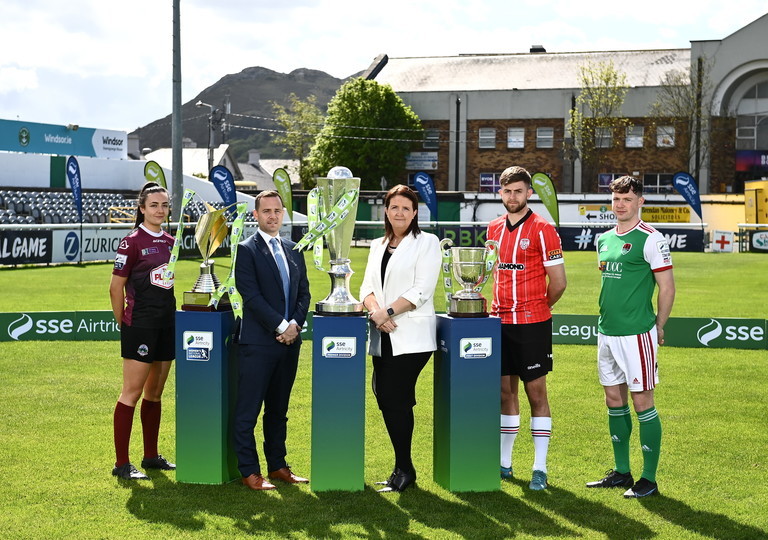 11 May 2022; League of Ireland Director Mark Scanlon and Lead Marketing Manager of SSE Airtricity Áine Plunkett, with footballers, from left, Chloe Singleton of Galway WFC, Will Patching of Derry City and Cian Murphy of Cork City pictured at the launch of the Football Association of Ireland (FAI) and SSE Airtricitys sustainability drive for Irish football with Mark Scanlon of the FAI and Áine Plunkett of SSE Airtricity. The sustainability drive is aimed at improving the environmental footprint of Irish football across the country. The #DifferentLeague initiative will see every club across the leagues given access to internationally recognised sustainability accreditation experts GreenCode. Photo by David Fitzgerald/Sportsfile

We often see the argument of whether a young player is better off going to English academy of staying in Ireland, with many often arguing that staying at home is the superior option, however Patching is team England in this case.

“I think maybe the academy structure over there and the youth set up is probably a lot more established and a lot better than in Ireland, it probably produces more talent across the country. There’s a lot of good young players in Ireland and stuff like that but I think the academy structure over there it gives more of an opportunity for the young players.”

Another topical discussion is the standard of League of Ireland football compared to the leagues in England, but as Patching explains, this it is a difficult question to gauge.

“I always find it difficult to compare I can never really put a finger on it. Say for instance last year or the year before with Dundalk they got into Europe, played Europa League, you can’t see a League Two team coming up against the likes of big European clubs. But then at the same time you don’t really know, League Two is a really tough league and there’s a lot of good teams in it, so I can never really compare.”

However, he does show a lot of love for the type of football being played in the League of Ireland, and it would explain why he has taken so well to the game on these shores.

“You get to express yourself a bit more, you get a bit more time on the ball, and teams like to play a bit more football rather than League Two.”

A Greener League Of Ireland

This interview is part of an initiative from the FAI and the SSE Airtricity League aimed at improving the environmental footprint of Irish football, something which all clubs and players, including Patching, are looking to buy into.

“It just shows you how far the game’s come and the difference we’re all trying to make throughout the league and I think it’s a great way by showing that by what we’re doing.”

The Football Association of Ireland (FAI) and SSE Airtricity, title sponsor of the SSE Airtricity Premier & First Division and Women’s National League have today announced a major new sustainability drive aimed at improving the environmental footprint of Irish football. The initiative will see every club across the leagues given access to internationally recognised sustainability accreditation experts GreenCode. Using their unrivalled experience in football sustainability, GreenCode will help the clubs audit, measure and drive their environmental initiatives towards full accreditation. 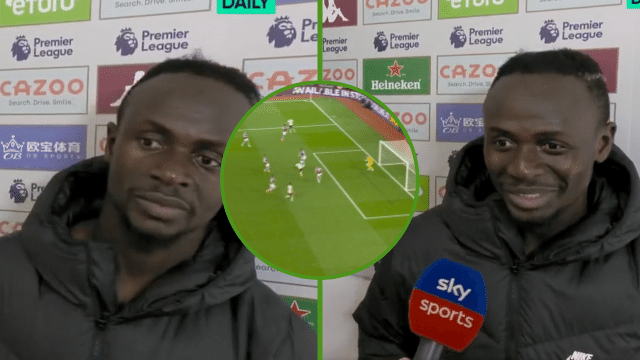