Before the 2016 season, we published a list of the 40 best players in the League of Ireland. There's been plenty of comings and goings since though, not to mention meteoric rises and precipitous falls, so it's time for an update.

The criteria for inclusion is simple; players must have played in the SSE Airtricity League and be signed for a club for the 2018 season. That's it. Some are young and have huge potential, others are on the back nine of glittering careers but these are the 40 best players in the League of Ireland.

Feel free to argue as, thankfully, football is a team game and ranking players like this is just for fun. Here we go (with the change from 2016 in brackets): 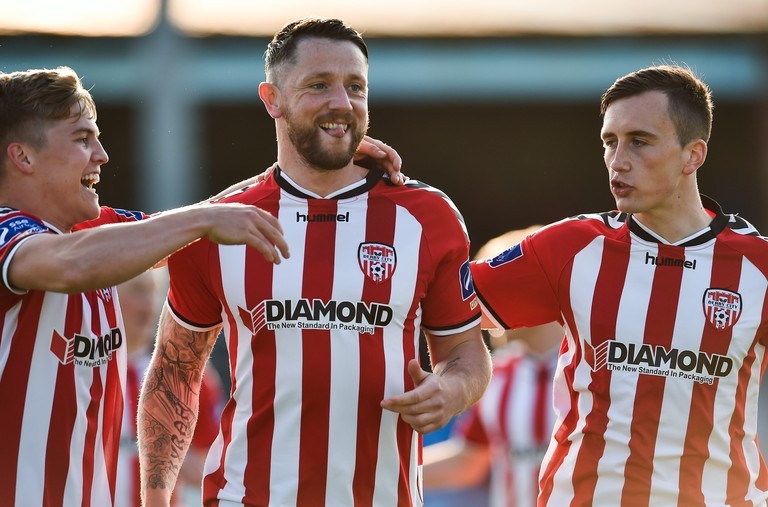 There is no more complete midfielder in the league than the 22 year old Derry man. In the last two seasons he has been the catalyst as Derry qualified for Europe each year. He can play centre half when needed, but excels when driving forward and has an eye for goal too. He can definitely play at a higher level 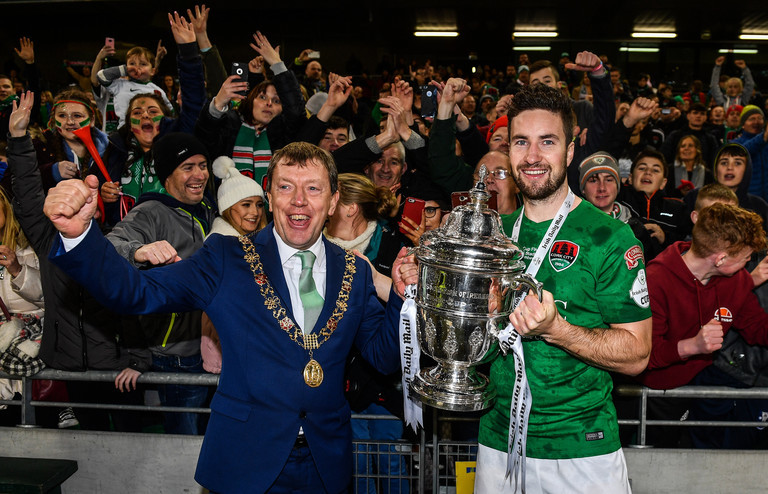 Morrissey is the heart of Cork City’s midfield over the past 2 seasons since his return from England. Like McEneff, he can be described as a box-to-box midfielder with the added bonus of being physically imposing too.

Previously at number one in this list, there’s no cleverer player than O’Donnell. He only drops as injuries pile up and becomes less of a main stay in the Dundalk engine room.

When Sean Maguire left mid-season, Cork effectively lost 2 high quality players as Sheppard moved upfront to replace him. Sheppard isn’t an out-and-out striker, but he is the best overall forward in the league and now likely back to playing off Cummins up front for Cork, he’ll no doubt be back to his best.

Maybe the most exciting talent in the league, if 19-year-old Clarke can stay disciplined, he’s sure to have a long successful career in football. Whether that’s at left wing or left back is anybody’s guess.

Mr Dependable. Shields is the very definition of solidity and is a huge part of Dundalk’s success over the past 5 seasons

His manager thinks he’s the most exciting player in the league and Sadlier certainly has claims on that title. Outstanding for Sligo, he took a while to fit in at Cork. 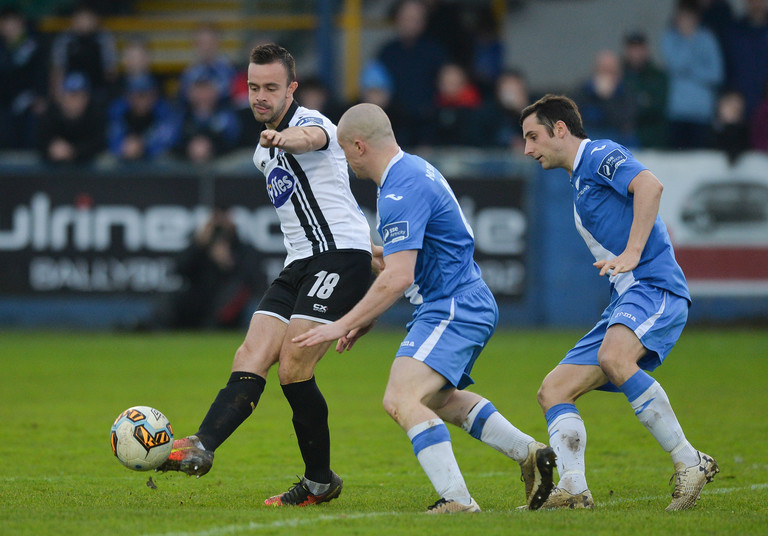 2018 should be a huge year for Benson, for the first time he’ll be the main playmaker for Dundalk with Patrick McEleney’s move to Oldham opening that spot up for him. He’s capable of winning any game for Dundalk.

The best full back in the league for the past 6 seasons, Bermingham was outstanding as Pats clawed their way out of relegation last year. With a more settled back 4, he’s likely to continue his superb form in 2018

Bolger fell out of favour with Caulfield in Cork but was still captain of the league winning side (his second title). If Stephen Bradley can get him to his best, he’ll have the midfield general he’s been looking for. 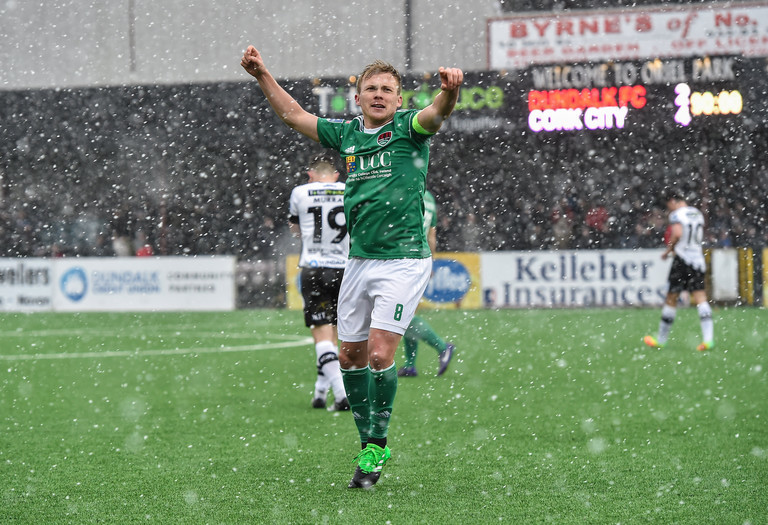 McCormack’s form last year was part of the reason for Bolger’s lesser role and the man from Louth deserved all the plaudits he received last year.

A glaring omission from the 2016 list, McNamee is the archetypal mercurial midfielder. Playing outside the Northwest for the first time will be a big challenge for him.

Finn can go missing in some games, but when he’s on form, he’s as good as there is in the league. Will benefit from Bolger doing the dirty work this year.

While Corcoran scored the goals at Bohs last year, it was Akinade that was terrifying centre-halves with his pace and power.

Beattie has filled in all over the park for Cork since his move from Sligo and his adaptability earns him a place here.

Burke was sent off twice last year, but showed enough flashes to suggest he could be a huge player in the league

Buckley will always be loved by his managers as his work rate is astonishing. 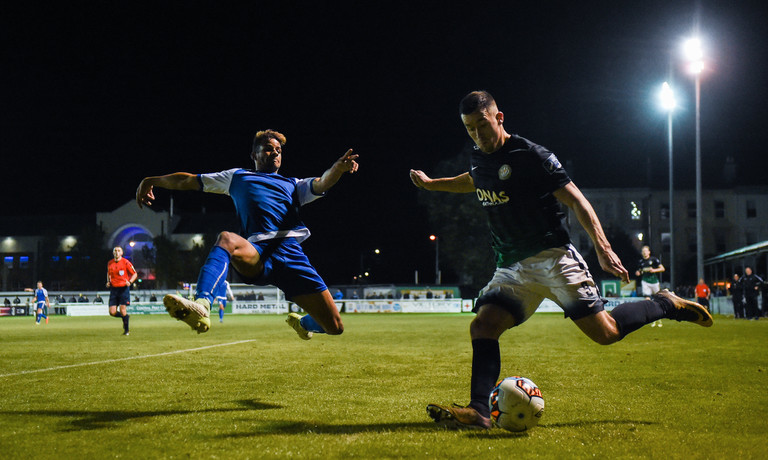 A huge reason why Sligo stayed up last season, the ex-Rangers man brought some much needed quality to the team. 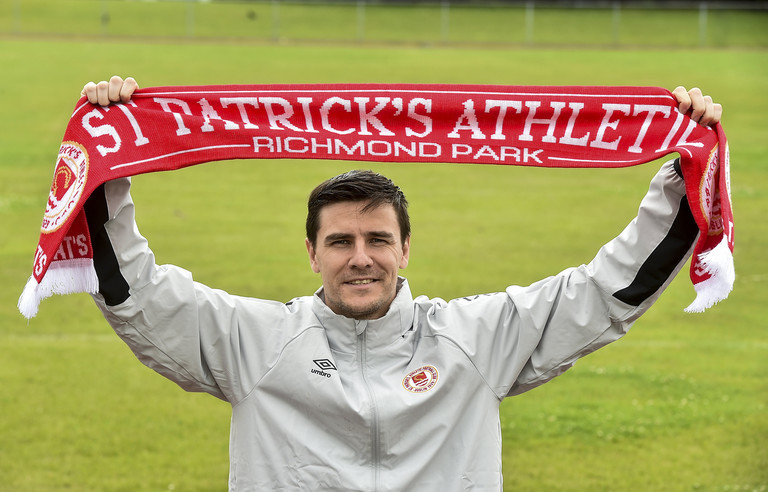 When you’ve played a ton in the top two leagues in England, you must be good and Garvan showed at the end of the season, how good he can be. Off the back of several injuries he took a while to get going in the league, but 2018 could see him shoot up these rankings.

Miele was top 10 in this list 2 years ago but has been very inconsistent since. No one doubts his talent though.

The French midfielder was terrific for Limerick last year despite all around him crumbling towards the end of the season. Will be interesting to see how he gets on with the promoted team.

Hale’s arrival mid-season for Galway almost helped them avoid relegation. His paring with McEneff will have Derry’s midfield among the best in the league.

The lightning fast winger can give full backs fits when he’s on form.

Joey Ndo thinks he’s the best player in the league. There’s no doubt Ward was a huge reason why Bohs finished in the top half last year. 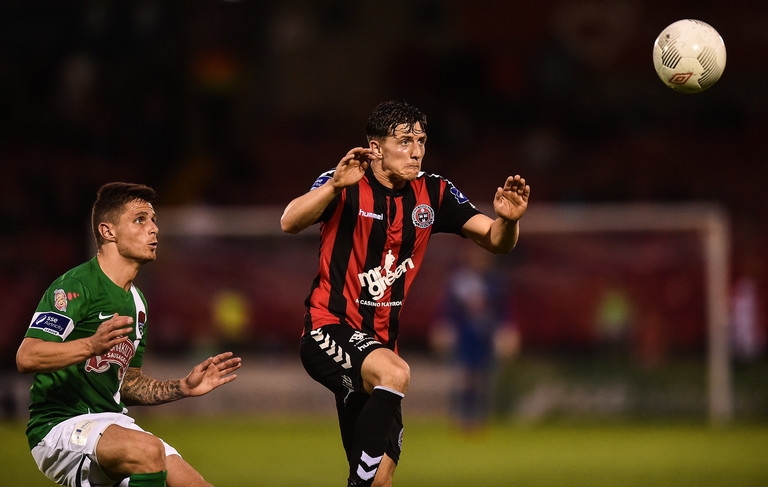 Buckley will likely move to his preferred midfield spot back with his beloved Bohs this year. He was arguably the best right back in the league with Bray last year.

McCabe pretty much gave up on doing anything attacking last year with Bray, but he’s still class going forward and as likely as any player to reach double figures in goals this year.

Grace was relegated with Wexford in 2016, and on his way to being relegated with Galway in 2017 before being rescued by Rovers. He instantly became their best defender 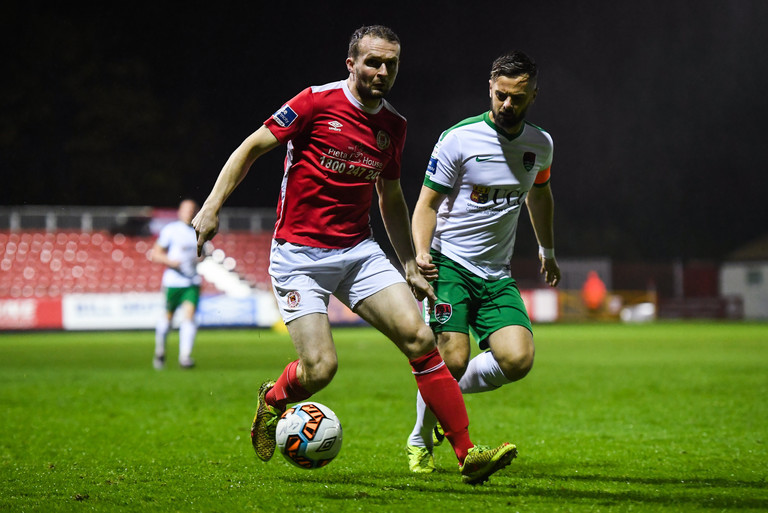 His drop here is really only as a result of Pats drop down the leagues in the past two years. Byrne remains a goal threat every time he steps on the field.

Curtis was on the verge of a move to Sweden in the summer and his form seemed to dip after that failed to go through. He continued to score spectacular goals though.

Massey is vital to how Dundalk play, and he remains one of the best full backs in the country.

Top 10 when this list was done in 2016. Since then Brennan fell out of favour at Rovers and idled around with Drogheda for a short spell. Back with a manager who loves him at Pats, he was instrumental in their second half of the season surge in 2017.

Boylan might be the best young defender in the league. He certainly has all the tools to make it. 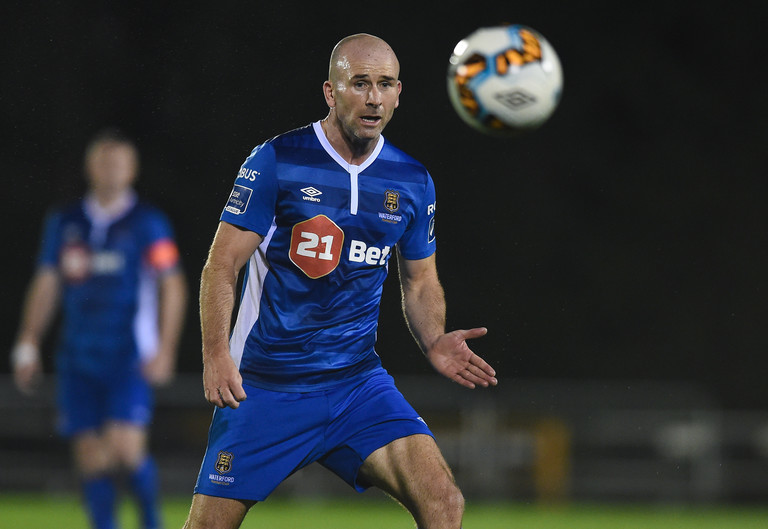 10 years after he was dominating the league, Keegan has a mentoring role with Waterford as he looks to be the leader on the pitch for Pat Fenlon and Alan Reynolds.

Duggan has been incredibly loyal to Limerick since moving from Cork and this year might be his biggest test yet.

The top scoring player in 2017 that remains in the league, Corcoran scored an amazing 42% of Bohs league goals last year

Holohan was terrific for Galway last year, and adds to what could be an exciting midfield for Waterford.

Voted player of the year in 2014, Fagan has struggled with fitness and form since. He’s on this list as on his day, he’s the best striker in league by a distance

There you have it. There's been plenty of players added to the league this year that could make the list for next year, and there are no doubt players you think more deserving. So go on, do tell us, who should and shouldn't be in the list?

Football
4 days ago
By Donny Mahoney
After The Fall Of John Delaney: An Interview With Mark Tighe
10

Football
4 days ago
By Donny Mahoney
After The Fall Of John Delaney: An Interview With Mark Tighe
Football
2 weeks ago
By Gary Connaughton
7 Republic of Ireland Matches With Far-Reaching Consequences
Football
3 weeks ago
By Balls Team
Here's The Last Irish Football International From Every County In The Country
Popular on Balls
Football
12 hours ago
By Paul Moore
The Legendary Paul McGrath Is Front And Center In A Show About His Life This Week
5