We've been suffering through a pandemic through the past 16 months but all of us on the Irish internet received a needed jolt of good news this morning. No, not the release of the Janssen vaccine for 18-34 year-olds. In one of the most unexpected returns to our screens since the shower scene in Dallas, League of Ireland Fan is back in our lives, 10 years and 1 million views later.

He was filmed getting his haircut at a barbers somewhere in Dublin this week. He's looking great and is in flying form. Best of all, he's making the most of his internet fame, as we learned in this video that was thankfully shared by Twitter's @Ross01240.

The vox pop where he opines on his favourite League of Ireland club and Irish football fans who support Premier League teams was uploaded on Youtube in 2011 and in the decade that's passed, LOI Fan has become iconic.

Still one of the best League of Ireland interviews

Credit to Peter O'Doherty for this brilliant video

He has also clarified one of the more mystifying elements of the original video. In the interview, presenter Louise Zayed asks LOI Fan who he supports. The reply is 'Patricks Athletic'. Zayed then asks him to name his favourite St Patrick's Athletic player. His famous retort is 'the fella in the green and white shirt'. This is pretty confusing since Pats famously wear red and white. However, LOI Fan reveals at the barbers that he's not actually a football fan and didn't know the colours of Pats kit when was asked about it.

He was riffing by naming his local team and admits it 'backfired' on him.

LOI Fan: I don't watch football, I'm not going to lie. I don't follow anybody.. Pats is Inchicore. That's the nearest team. So I just said Pats. But I didn't know they wore red and black or whatever.'

Everyone in the barbers: Red and white! Red and black is Bohs!

LOI Fan: See what I mean. I don't know. So I just said the fella in the green and white... But it backfired on me.

We're very curious about his answer to the question about the necklace as well, but we're hoping that @Ross01240 is going to drip feed these videos out one by one, including the one where he gets into politics.

After all these years, it turns out that one of the internet's leading advocates for the League of Ireland is not even a football supporter. 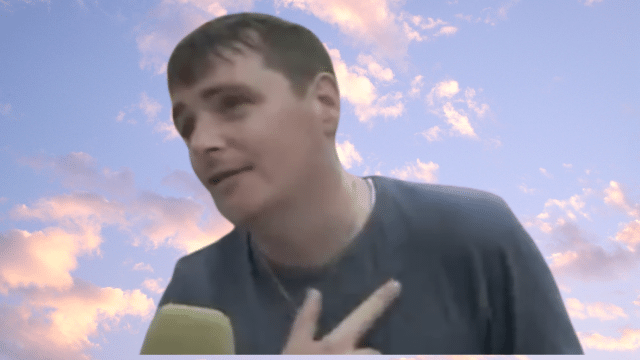 Football
11 hours ago
By Eoin Harrington
Report: Somehow, The Super League Might Be Back On
Previous Next