The PFAI (Professional Footballers Association Ireland) have released a statement this afternoon, on behalf of Limerick FC players, to confirm the players are to undergo strike action as a result of non-payment of wages and welfare issues.

Financial problems have put the club under the spotlight this season, with problems intensifying over the last number of days.

Club player Sean Russell revealed to 98FM late last week that he has been left to pay a surgical bill  after a cheque from the club for €4,500 bounced.

To compound the situation, Russell's wages, like his teammates, remain unpaid.

In this afternoon's statement, the players said:

It has been well documented over a long period of time, the late payment and player welfare issues which we as players have experienced at Limerick FC.

We met with our representatives, the PFA Ireland, two weeks ago to express our frustration and we have decided as a team to take the decision to ballot for strike action today. This ballot returned a unanimous verdict and we will now serve strike notice on the club and if payments which fall due in the future are also not honoured then we will have no option but to take the last resort of going on strike. 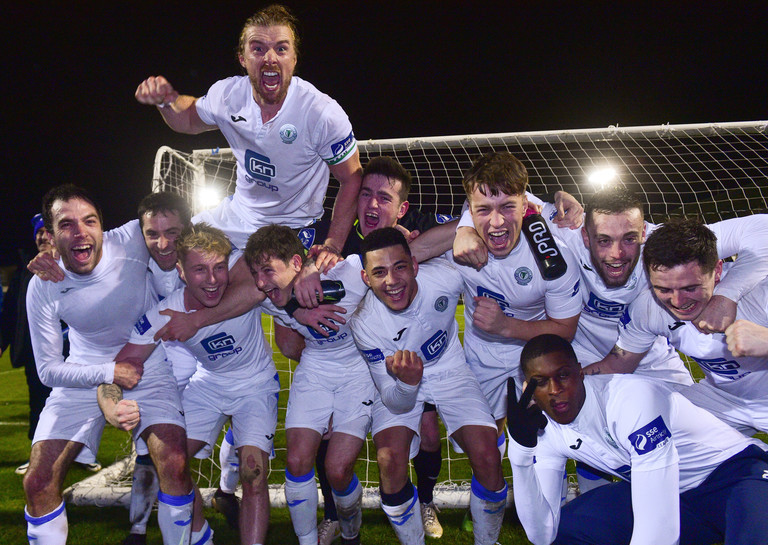 This contradicts the players' version of the current situation, which the statement refers to in detail.

We have received numerous false promises to date of payment schedules from the club with the latest telling us that our wages/expenses for April will be paid on 23 May, three weeks late.

There are still outstanding wages and expenses due to some players for March and currently the players are paying their own physio bills. The players are also fearing what will happen to them if they sustain any serious injury and if the appropriate rehab/ operation will be available to them.

We hope the supporters, players and other clubs will appreciate that this action will only be taken if we are left with no other option.

SEE ALSO: 'In Years To Come I Will Be Unbearable' - Padraig Amond Looks To Cap Off Incredible Season At Wembley