Kasper Schmeichel Was Less Than Flattering About Luke Shaw's Goal

Moving onto a wonderful pass from Juan Mata, Shaw, with a slightly fortuitous first-touch, deftly slipped the ball beyond Kasper Schmeichel to give United what was the match-winning goal.

Naturally, not everyone was as pleased for Shaw as his teammates and the home supporters. Speaking to Sky Sports post-match, the full-back revealed the message Schmeichel had for him in the immediate aftermath of tonight's game:

Schmeichel came up to me afterward and said, 'You spawny man!'

Clearly delighted with having made this breakthrough in a United shirt, Shaw revealed that this moment was arguably the most enjoyable of his career to date; despite that Schmeichel thought it was a touch on the fortunate side.

Having reportedly impressed Jose Mourinho with his pre-season determination to improve, the United manager and fans alike will be excited by the prospect of this highly-rated left-back finally delivering on his promise. 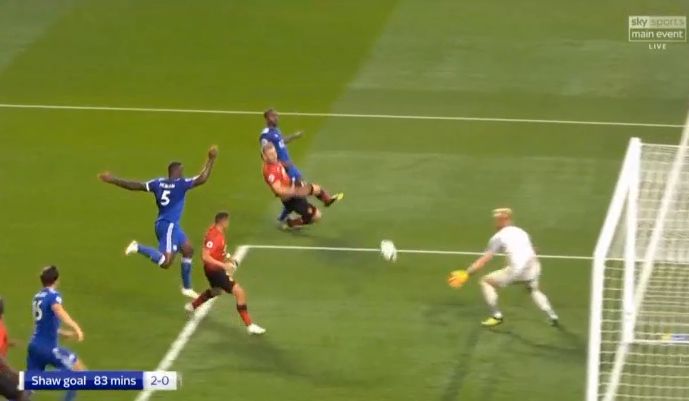