A week on from the unbelievable exit of Manchester City from the Champions League, former Manchester United player Patrice Evra has questioned some decisions made by Pep Guardiola.

In Guardiola's six seasons in charge at the Etihad, his side have only progressed past the semi finals on one occasion. This ended in defeat to Chelsea in last season's final.

Evra not convinced by Pep

After spending over a billion euro since taking over as coach, Guardiola is no closer to seeing his side lift the Champions League trophy. When speaking to Prime Video, via Marca, Evra pointed the finger at Pep, saying the former Barcelona and Bayern Munich head coach "doesn't want leaders" in his squad.

"They don't have anyone on the pitch to help them. He chooses his teams like that, he can't train people with personality. He did it at Barcelona, but he builds his team to control everywhere."

The five-time Premier League champion also compared Manchester City to PSG, saying that players only go there for the money.

"They remind me of PSG. They are clubs based on money. Real Madrid also has money, but it has a story behind it; Manchester City only has money and the players go to play there solely for that."

Despite being three points clear of Liverpool in the title race, many would agree the points that Evra are making are correct. It's a point that's been made by journalists like Miguel Delaney.

Pep Guardiola's record in the UCL 👀

To have assembled such an expensive squad over the last number of years, another season without European success would be deemed by many as a failure.

It looks as though Erling Haaland's move to Manchester City could be completed in the coming days which will bring even more fire power, to an already star-studded Manchester City side ahead of next season. 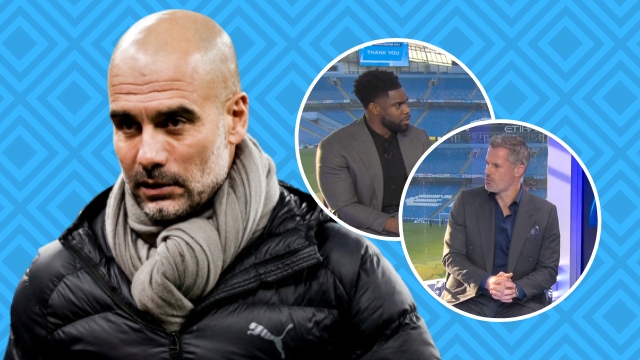