Former Manchester United midfielder and the club's current head of academy Nicky Butt was arrested yesterday on suspicion of assaulting a woman after Greater Manchester Police were called to a domestic incident.

The 44-year-old, who won six Premier League titles and a Champions League winners medal during his playing days at Old Trafford, is thought to have been arrested at his home in Hale on Tuesday afternoon.

Butt, who was one of the more successful graduates of the famed youth team the Class of '92, returned to the club in a coaching capacity in October 2012  before being named the head of their famous academy in 2016, overseeing the development of players such as Marcus Rashford and Scott McTominay. 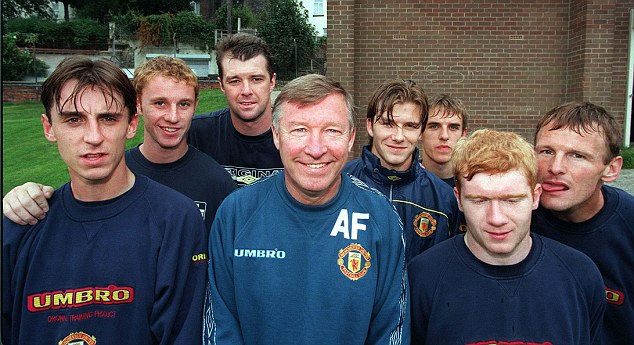 However, hours before a number of his prospects jetted off with the first-team on the eve of tonight's Champions League quarter-final clash in Barcelona, their mentor was in police custody.

A statement from GMP said: “A 44–year-old man has been arrested on suspicion of assault and remains in custody for questioning. Enquiries are ongoing and anyone with information should contact police".

Manchester United have thus far not made any comment in relation to Butt's arrest.

Earlier today, the Gorton-born midfielder's teammate and business partner Paul Scholes was charged with misconduct by the FA in relation to breaches of the Association's rules on betting.

The two are part of the consortium that owns National League side Salford City, alongside other former United stars Ryan Giggs, Phil Neville and Gary Neville.

In January, it was announced that David Beckham, yet another graduate from the side that won the FA Youth Cup with the Red Devils in 1992, was to take a 10% stake in the Ammies subject to FA approval.

Butt also played with Newcastle United and Birmingham City before a short spell in China brought the curtain down on a 21-year playing career.

SEE ALSO: Paul Scholes To Be Dragged In Front Of FA On Betting Charges

Football
2 years ago
By Arthur James O'Dea
"Are You Taking The Piss?" - Class Of '92 & Friends Were Very Angry With Penalty Decision
1