Is Manchester United vs West Ham On TV?

It's groundhog day. After late drama in the London Stadium on Sunday Manchester United and West Ham get to do it all over again in Old Trafford in the Carabao Cup. Ole Gunnar Solksjaer is under immense pressure this season after building a star-studded squad over the summer. Therefore, he needs a trophy under his belt to ease that pressure and the League Cup provides that opportunity. David Moyes on the other hand has quietly built a very good West Ham squad and has them playing the best football they've played in a long time. A trophy for the Hammers would end a 41-year drought. So is Manchester United vs West Ham on TV? Here's all you need to know.

Is Manchester United vs West Ham on TV?

Yes Manchester United vs West Ham is on TV tonight. It's on Sky Sports Football and Main Event with coverage starting at 7pm.

When is kick off?

Kick off at Old Trafford is at 7:45pm

Jesse Lingard is to start after scoring the winner on Sunday, Ole Gunnar Solksjaer said. The Norweigan also said that Alex Telles has recovered enough to get in the squad. Swedish youngster Anthony Elanga is also in the squad. The forward has impressed in the under 23's this season after getting 2 starts for the first team at the end of last season, scoring on the final day against Wolves. Donny van de Beek could be in the line for another start as the Dutch International tries to work his way into Ole's plans.

Both sides are most likely to rotate their squads from the ones they played on Sunday. Both United and West Ham are in Europe and have fixtures every few nights at the moment, so rest is key.

Michail Antonio is available for David Moyes again after serving his suspension. The Jamaican international has scored 5 goals in all competitions already this season and will want to make up for missing the last match. PSG loanee Alphonse Areola should get the nod in goals while Lanzini, Diop and new signing Kral could all get the start in the rotated squad.

It's the first chance of silverware this season and these two sides are definitely hungry and long overdue a cup. 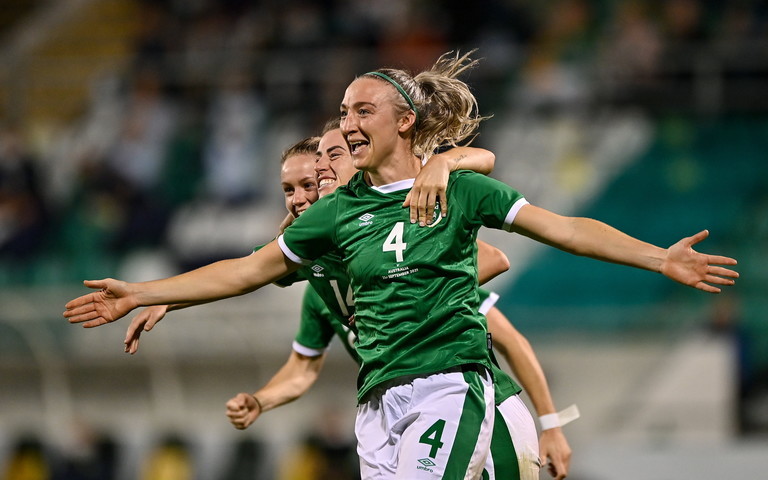 Football
4 days ago
By Jonathan Byrne
Watch: Caoimhín Kelleher Pulls Off Wonder Save In Liverpool Cup Win
Football
1 week ago
By Gary Connaughton
Jamie Carragher Not Convinced By Jurgen Klopp's Approach In Arsenal Draw
Football
3 weeks ago
By Gary Connaughton
Jamie Carragher Thinks Jurgen Klopp Must Take Domestic Cups More Seriously
Popular on Balls
GAA
2 days ago
By PJ Browne
Insane Drama As Late TJ Reid Goal Sends Ballyhale Into All-Ireland Final
Rugby
1 day ago
By Colman Stanley
Yesterday Was Not The First Time Wayne Barnes Sent A Player Off For Getting Lippy
Rugby
22 hours ago
By Colman Stanley
Champions Cup Predictions And Permutations For The Irish Provinces
The Rewind
2 days ago
By Jonathan Byrne
The Definitive Ranking: Deli Items Ranked From Best To Worst