Matt Doherty Leaves No Doubt Players Are Behind Stephen Kenny

Matt Doherty says he and his Ireland teammates are fully behind Stephen Kenny and his efforts to change how the team play football.

Ireland concluded a trio of World Cup qualifiers on Tuesday with a 1-1 draw against Serbia.

"We've always believed in what Stephen is trying to do," Doherty told RTÉ after Tuesday's game.

"We get coached brilliantly with Anthony Barry and Keith Andrews. All the backroom staff, we've no complaints at all. The game plans they set us up with are really good.

"If you saw what they were doing with us on the training pitch then people would really understand where we're trying to go. We have really top class coaches there.

"You could see against Portugal, and you saw again tonight, that we can play against some of these top nations and not look out of place. We'll keep doing the right things." 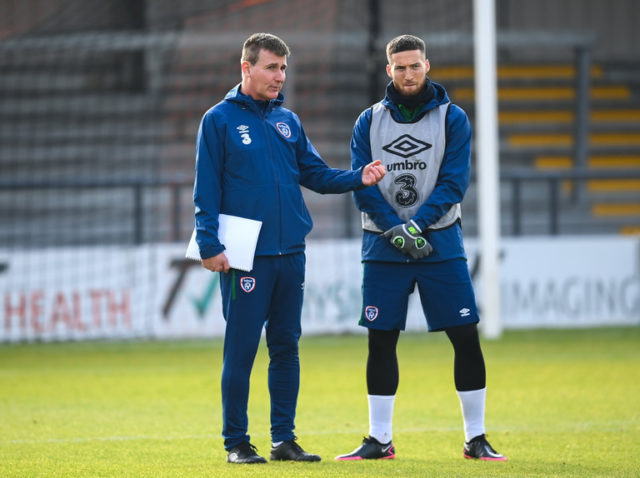 10 November 2020; Manager Stephen Kenny and Matt Doherty during a Republic of Ireland training session at The Hive in London, England. Photo by Stephen McCarthy/Sportsfile

Doherty added: "We have to trust the process that we are trying to do. We are trying to play out, even at 1-0 down with five or six minutes to go, and play football the right way.

"I know people will say that you are not getting the results that you want. If we keep playing the way we have over the last three games... I know the Azerbaijan result didn't go our way, but I don't think that at times the performance was that bad, we just couldn't take our chances.

"If we keep trying to play the right way, the results will come. I know I've been saying that for a while."

'We've always believed in what Stephen's trying to do'

See Also: Stephen Kenny Hints That Battle To Become Ireland's Number One Not Over Just Yet 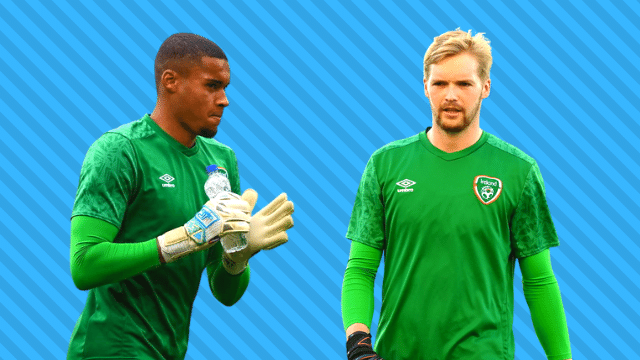