On the occasional morning Colum Curtis will travel to work on the back of a bike. He still prefers the backseat of a four-wheeled saloon, which offers the opportunity of getting work done, but that can be a rare luxury for those living and working in Phnom Penh.

With a member of the 30-year-old's backroom team living nearby, it makes sense to hitch a lift with fellow Irishman Stephen Corner, the head of medical science at Visakha FC, as they navigate their way through the numerous busy intersections out of Cambodia's largest city on a motorcycle. The club itself is located on the outskirts of the city, a place which was, not so long ago, the beating heart of the Khmer Rouge, a regime of such peerless notoriety it still pockmarks the city with dark, vivid memories.

But the country is pleasantly hospitable now, and the young head coach is immensely happy living within one of the busiest districts in the capital city, near Tuol Tom Poung Market, which is otherwise known as the Russian Market.

At 6am, he leaves this base to head for workplace, an environment where he's already up to his oxters developing a club into a franchise to rival operations right across Southeast Asia. He may be young for a head coach, and he may have only recently taken over the reins at Visakha, but the Belfast man is not short on ambition in his first stint as head coach.

He arrived in the Cambodian league last season, working under fellow Irishman Conor Nestor at Svay Rieng, the league champions, before heading separate ways at the end of the season. The subsequent stint in unemployment was short, the Belfast native having almost immediately received an offer with one of the champions' main rivals, before becoming head coach soon after. Through it all, he remains on cordial terms with Nestor, a man he will soon be locking horns with in a bid to capture the league title - whenever the season resumes. 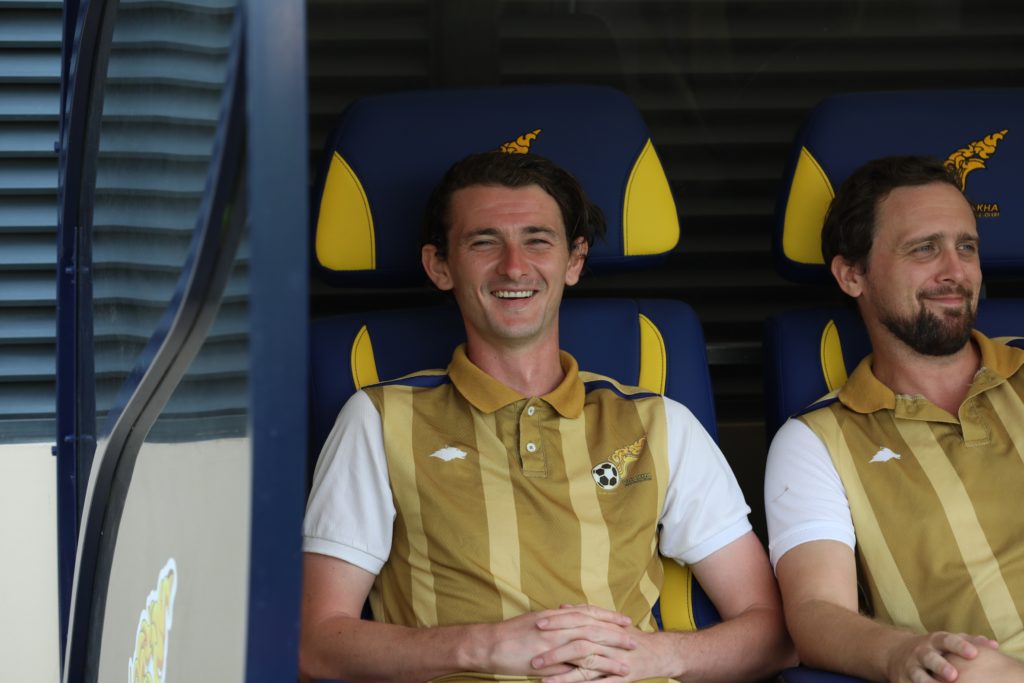 "When they [Visakha] called me, Conor was the first person I called for advice," says Curtis. "One of their biggest rivals has called me and he said, ‘Go for it.’

"I think the last time I socialised it was probably with him. We still grab a coffee when we can - or we will go out for a meal."

The pair have a lot in common and so it's only natural that they remain on good terms despite being major rivals along the whitewash. Their day-to-day challenges, after all, are almost identical, though Curtis is only now getting a taste of what it feels like to sit alone at the top of the club pyramid. Moreover, the evolutionary nature of Cambodian football adds another layer of pressure to an already high-pressurised role, one which Curtis still learns about on a daily basis.

"Cambodian football, professionally, is really in its infancy, in terms of nutrition, strength and conditioning, the structure of training. When I came into my new club they were training at 4pm, they had an hour session and that was it. Players would arrive at 3.55pm.

"Now the players arrive at 8am, have breakfast, have injury prevention training. They train, they have lunch and then they have their gym or pitch session after lunch. So it’s a full professional environment that I’ve created which was difficult for some who were playing here for a long time as pros.

"They had this Irish fella coming along sticking another five hours on top of them. It could've been easy to throw in the towel. But I’ve a great bunch of lads and they really are digging in.

A lot of the leagues are ahead of Cambodia but the Cambodian league is quickly growing and I think Svay Rieng and Conor Nestor have to take massive credit for that.

A few weeks ago they beat Bali United, the champions of Indonesia, who are a very, very well established team. Some of the Indonesian teams get 70,000 at their games."

So, clearly, Curtis isn't one to downplay the challenges that lay ahead. Having his partner Sinéad, a teacher by trade, for company - along with a large Irish expat community - makes the obvious pressures of football management so far away that little bit easier to endure. It enables him, rather importantly, to tune out when needed.

Alongside Corner, another Irishman, Craig Livingstone, is also a member of the Antrim man's backroom team, providing yet another link to home; and on Wednesday nights he tries to get out to play some Gaelic football with the local GAA Club, Cairde Khmer. In fact, he freely admits that he probably plays more Gaelic football than Association football, despite managing one of the biggest clubs in the country. 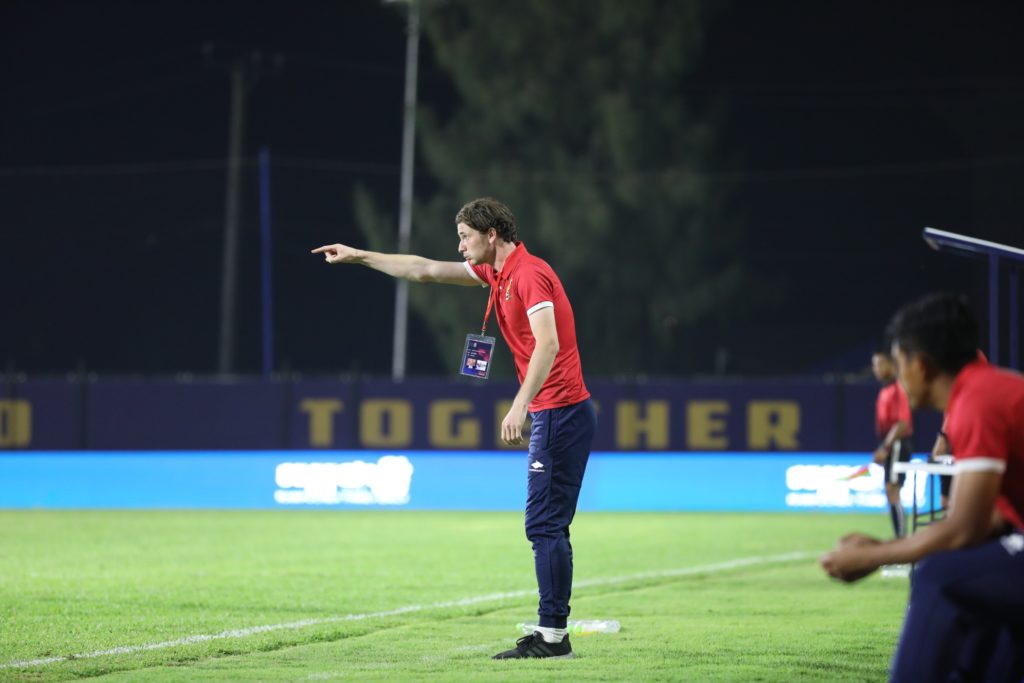 "If we’re a player short in training I get to jump in - bi-weekly maybe. But it can only be in a small possession game. The heat and the fitness gets to me but I can certainly handle myself if it’s small-sided."

Why, then, would homesickness take hold? By all accounts, he's getting more than a healthy dose of the best remedies at his disposal.

"I miss my mother and my nieces. Apart from that, I’m all good."