It's coming up on six months since Michael Obafemi made his Republic of Ireland debut, a moment that protrudes as a highlight amongst what is already an exceptional career.

The 18-year-old Southampton striker is in Dublin for the Premier League Trophy tour. He's always happy to visit the place of his birth and even jokes that he's found time to get a spice bag in.

It was his impressive form with the Premier League club that resulted in a call-up to previous manager Martin O'Neill's squad for the games against Northern Ireland and Denmark last November. Then came the speculation about his international future, with England and Nigeria also an option. 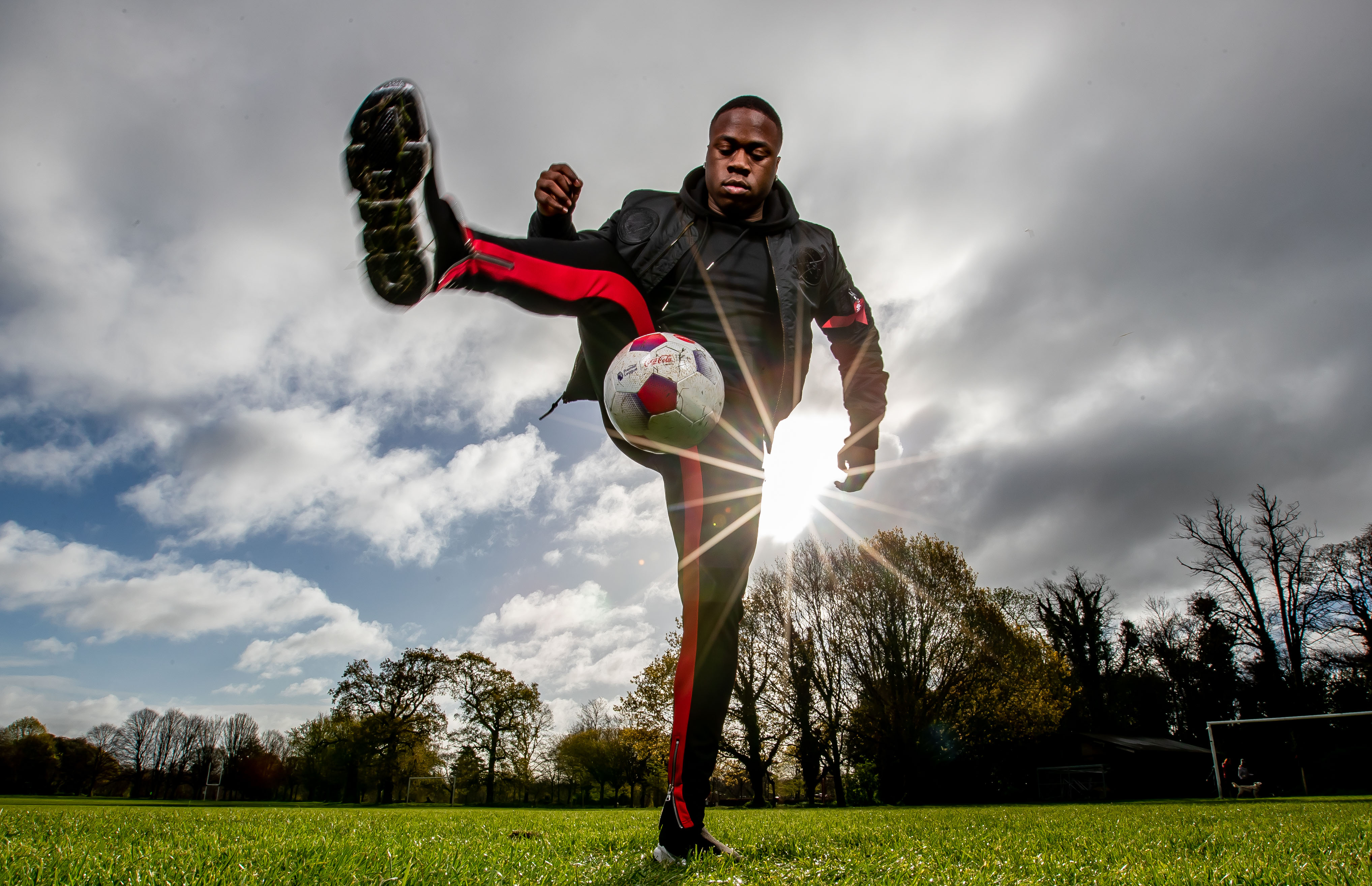 The swift pace of it all meant even after strong showings with the Ireland u19s the initial call-up came as a shock. Yet, speaking with undoubted clarity, Obafemi explains there wasn't a moment's hesitation in accepting Ireland's call.

It was a surprise to me. I found out the day after, I’ve forgotten the game, but I found out that morning, with everyone saying congratulations.

And I was buzzing. Obviously, I went out there and everyone was amazing with me, helped me fit in. I spoke to Roy and Martin and they just said, 'there is no pressure. It’s up to you what you decide to do.' Stuff like that.

Obviously, I knew that I was going to choose Ireland already, but everyone from the outside were bringing England and Nigeria into it. I don’t think I was ever going to choose any of the other ones.

I think it was blown a bit out of proportion but at the end of the day. I was born in Ireland so I don’t see a reason why I should play for England or Nigeria.

Obafemi never spoke to another football association because it was never deemed necessary: "I never really entertained any other options, didn’t speak to any other country. I knew in my mind what I was going to do."

Despite his age, Obafemi speaks with an assuredness and comfortability to be welcomed. Routinely, answers are peppered with a hearty laugh and he wears a broad smile throughout. At times he even comments on his own answers, such as when asked about the culture at Southampton: "There is a lot of players from other countries, French players that they bring in. It’s... multi-lingual, shall I say. A good word, isn’t it!"

He was also instantly made to feel right at home in the Ireland squad, praising captain Seamus Coleman for his efforts.

"Seamus Coleman. 100%. He just spoke to me and said, 'glad to have you here. Obviously, I know your situation and stuff, take your time, don’t rush into anything and stuff like that'."

Obafemi is currently unable to play for the rest of the season after suffering a hamstring injury. If there is one man who understands the emotions around a serious injury in the midst of good form it is Coleman and Obafemi reveals that the Everton full-back reached out with assistance earlier this year.

When my injury just happened, he sent me a message as well, which was good of him. Checking out if I was okay and if I needed anything just to give him a message or just call.

Football was always his aspiration. As a child, he watched Brazilian striker Ronaldo for inspiration. His older brother provided opposition while at home. By the time he was in his early teens, the pro ranks loomed.

"When I was 15 I sat down with my mum and said ‘this is what I want to do’. She supported me and said as long as I give 100% that she would support me all the way. I am where I am now and I still have a long way to go." 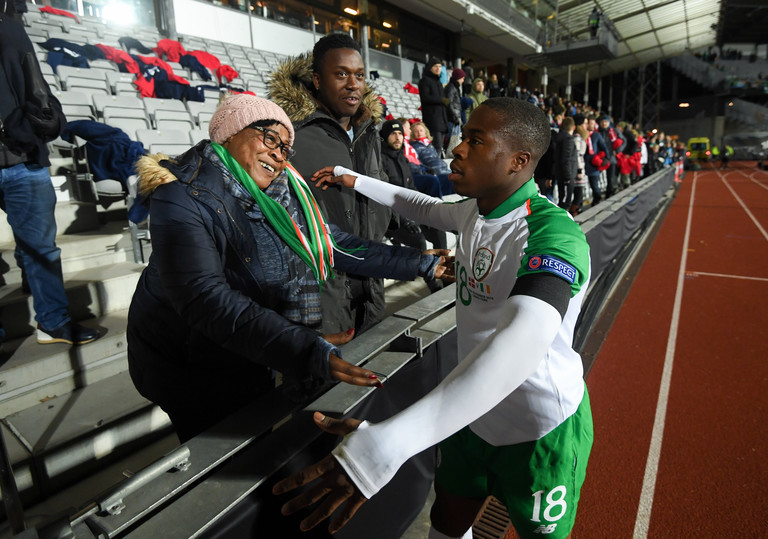 Family is evidently important to the 18-year-old and he cites his mother on several occasions throughout the conversation. When he made his Premier League debut, she was one of the first people he contacted, although maybe not the very first: "it was my mum or my agent. I actually don't know but it was one of them!"

Whether he is on the bench or starting, senior or U18, his mother attends all his games. Sharing the occasion with her made his debut all the more enjoyable.

With a return date provisionally set for May, Obafemi has his eyes fixed on Irish involvement. No matter the stage or the team, he's ready to play. Always.

It is exciting. Everyone is winning, the U19s have qualified for the Euros in July. The U21s have the Toulon Tournament coming up and obviously, we're top of the group for Euro 2020 qualifying. Everything is going splendid at the moment. I want to play in the senior team, but the U19 Euros is coming up and I don't see a problem playing in that or in Toulon — they're all good tournaments, you know?

Coca-Cola is giving Irish football fans a unique opportunity to get up close and personal with the iconic Premier League Trophy this April. Get down to Dundrum Town Centre on Saturday, April 13th, between 10am and 6pm, to hear from the Republic of Ireland’s rising star Michael Obafemi and be in with a chance to win exclusive VIP match day box tickets.

To find out more about Coca-Cola’s partnership with the Premier League and see the full schedule of upcoming activity, visit www.coca-cola.ie/premier-league. Join the conversation using #WhereEveryonePlays.

SEE ALSO: Obafemi Opens Up On The Time Roy Keane Screamed At Him During His Full Debut