In January West Ham recently offloaded their record signing Sebastien Haller to Ajax, leaving them short of options up front. One potential solution to their problems is 18-year-old Irish striker Mipo Odubeko, who made his debut for the Hammers in the FA Cup third round – but will he end up playing for Ireland?

Odubeko is from Tallaght in Dublin and, after being spotted by scouts at a St Joseph’s Boys game, made the move to Manchester City’s youth setup in 2015. He only lasted a year on the blue side of Manchester, moving to Manchester United in 2016. He was prolific for United’s youth teams but turned down the chance to move up to the senior team in 2019, instead signing a professional contract with West Ham.

West Ham manager David Moyes obviously rates him highly, as he has spoken publicly on numerous occasions about the potential of the Dubliner to break into the first team. Moyes is quoted as saying, “He’s a young player we have big hopes for. With Mipo, he’s just back from a long-term hamstring injury, but we like him a lot and will try and bring him along at the right time and when we need him.” Odubeko was even nominated for the club's goal of the month in September for his strike in the Premier League 2 against Southend.

On top of the hamstring injury, Odubeko has had to contend with a positive COVID-19 test in recent weeks, which ultimately ruled him out of West Ham’s fourth-round FA Cup game against Doncaster. With Haller gone from the club and Antonio the sole remaining senior striker, though, Odubeko can surely expect chances in the Premier League to come.

Odubeko is of Nigerian descent and so could choose to declare for the Super Eagles later in his career. He's also eligible to declare for England as he's lived there for more than five years. Odubeko has played for Ireland at underage level, playing two friendlies against Finland with the U-17 team in 2019. 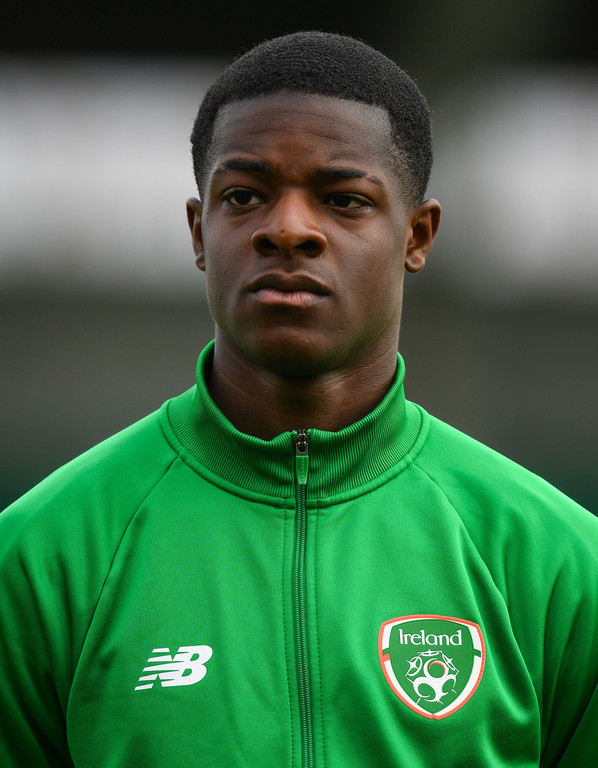 Odubeko was then called into Jim Crawford's Ireland U21 squad for their March friendly against Wales. Odubeko then withdrew from the squad, saying he needed more time to recover from a recent injury.

Mipo Odubeko withdraw's from the #IRLU21 squad. This is not the way stop the questions over his desire to play for Ireland pic.twitter.com/ZgWSNXR2ft

This month, Odubeko scored a brilliant hat-trick for the West Ham U23s as the Hammers beat Manchester United's U23s

The signs seem to suggest that Odubeko is a hugely exciting prospect for the future, so Ireland manager Stephen Kenny will be keeping a close eye on his progress – and his international allegiance.