Ireland Under 21 boss Jim Crawford's patience with Mipo Odubeko appears to be wearing thin as he confirmed that the West Ham forward has not received a call-up to his squad.

This follows reports that Odubeko, who was born in Ireland to Nigerian parents, before moving to England with Manchester United as a 15-year-old is not ready to commit his international future to Ireland.

In May, the Irish Independent reported that the player's reluctance to commit to Ireland and be part of recent squads stems from the fact that he was excluded from the U17 European Championships in 2019. Nigeria are pursuing the highly rated forward, while he can also play for England due to FIFA's residency rule.

Odubeko is in fine form for West Ham at U23 level at the moment. He most recently starred in a big win over Arsenal just last week.

And while Crawford confirmed that the FAI are keeping lines of communication open, he said that he would rather pick players like Ryan Johansson who are proud to wear the green jersey.

"We'll be bringing in a couple of the younger player who are still eligible to play for the U19s which is exciting," he told the FAI's media team. "These players have great potential.

"But I think what will make the big news is players that are left out, and I had a lot difficult decisions to make. It's not easy but it has to be done.

"The biggest talking point would be Mipo from West Ham. Mipo has a decision to make, and a choice. Our lines of communication will always be open but he won't be involved in this camp."

We should be looking at the players who fought tooth and nail to be involved like Ryan Johansson.

That's the type of player you need in the building.

Players who are proud to wear the jersey and will work as hard as they can to help this team achieve as much as they can in this upcoming campaign.

Crawford names his Ireland squad on Friday ahead of next week's U21 qualifiers due to take place next week. His side will play against Bosnia and Luxembourg. Both games are away from home. 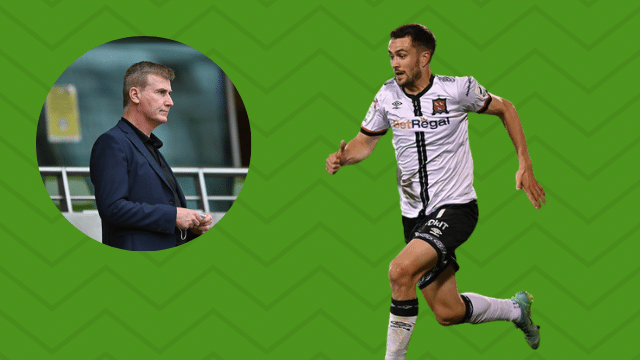