Considering the importance of the Denmark game next week, it seems a bit strange having a friendly to get out of the way. We have long been told there is no such thing as a friendly against New Zealand in November, so this will be an opportunity for some fringe players to impress.

Mick McCarthy is likely to ring the changes for this game, and we discussed what his team selection may be on The Balls.ie Football Show this week.

Darren Randolph is fit once again, but there's no point in risking him for this game. He is very much a known quantity at this stage and Travers should be given another opportunity to impress.

While Lee O'Connor is part of the squad for this game, Matt Doherty needs the minutes. That is a strange thing to say about a player who is a stalwart in the Premier League, but he has yet to play at right back under Mick McCarthy.

His only starts have come at right midfield and left back, meaning 60 minutes or so in the Irish system against New Zealand may not be a bad idea.

Egan has cemented himself as first choice in the Ireland team which is no surprise considering his success at club level.

McCarthy could choose to rest him for this one, but we would hand him the captain's armband for a second time. He looks like a future Ireland captain.

Ciaran Clark has been on an absolute tear as of late. After finding himself frozen out at Newcastle over the past 12 months or so, he has certainly capitalised in his recent opportunities.

He found the back of the net once again in the win over Bournemouth, earning man-of-the-match honours in the process. While he is still behind Duffy and Egan in the pecking order, he should now be considered third choice. 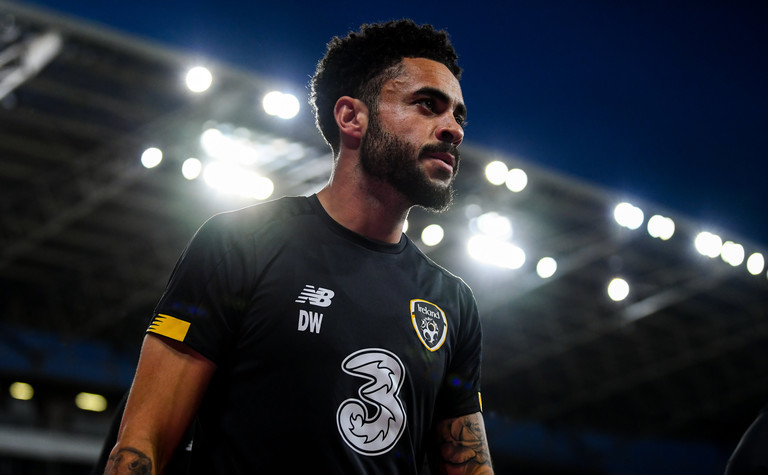 Williams has had an excellent season at Blackburn, splitting time between centre back and left back. He has performed well, scoring his third goal of the season in the loss at Leeds.

With Enda Stevens likely to be rested he is the obvious replacement.

The on-loan Charlton midfielder was hugely impressive in the win over Bulgaria in September, putting in the the type of commanding display we rarely see in the Irish midfield.

He could consider himself unlucky not to feature against Switzerland or Gibraltar last month, but this will be another opportunity to prove he should be in the team.

Browne featured in both of last month's qualifiers, although he didn't have much success. Still, this game should offer him the chance to impose himself more on the ball, something he has done to great effect at club level.

He has to start this one. Jack Byrne has been in fantastic form since his return to the League of Ireland, not to mention his stunning cameo against Bulgaria.

This will be another test of his international credentials, but he seems to be the type of creative midfielder Ireland have been crying out for. Another strong performance against the 'All Whites' and he will have to be considered for a role off the bench against the Danes.

Robbie Brady has been very unlucky with injuries in recent times, and you would imagine Mick McCarthy will use this game to test his fitness.

If he performs well in this game, it wouldn't be a surprise to see him start against Denmark.

This is the one we've been looking forward to. Parrott was taken away from the U21 squad for this game, so you would assume he has to start.

He has been tearing it up at underage level so it will be interesting to see how he copes with a more physical opponent. Considering the level of talent he possesses, we wouldn't back against him putting in a strong display.

With Aaron Connolly ruled out, Maguire seems like the obvious choice. The Preston man has displayed some strong form at club level, operating off the left for a Preston team who are top of the Championship.

He has yet to get a real run at international level, but this would be a good opportunity to grab his first goal.

SEE ALSO: Mick McCarthy Explains His Plan For Players And Formation Ahead Of Crucial Week