All The Details For Euro 2020 Draw & Ireland's Potentially Nightmare Group

Somewhere in Sunday's early afternoon, Mick McCarthy will learn the qualifying group his Republic of Ireland side must traverse if they are to qualify directly for Euro 2020.

Although that lingering Nations League playoff in March remains a potential route into the tournament if all else fails, McCarthy will be keener to successfully navigate the traditional qualifying methods, and not be left with a few short months between qualification and the tournament kicking-off.

With Dublin elected as one of the host-cities for the upcoming tournament, the remit of the new Republic of Ireland manager seems clear enough; qualify for Euro 2020, make a decent showing of it in the tournament, and enjoy the ending he could have been afforded after the 2002 World Cup as Stephen Kenny is handed the job (those last two may be self-driven rather than dictated from above.)

Starting in Pot 3 when the draw commences in Dublin on Sunday morning, Ireland's poor Nations League performance is likely to leave them with a reasonably difficult qualification group.

If you're sadistically wondering just how difficult it can get, we've got you covered. Here, ahead of the draw for the qualifying rounds of Euro 2020 is the nightmarish draw Mick McCarthy will certainly wish to avoid. 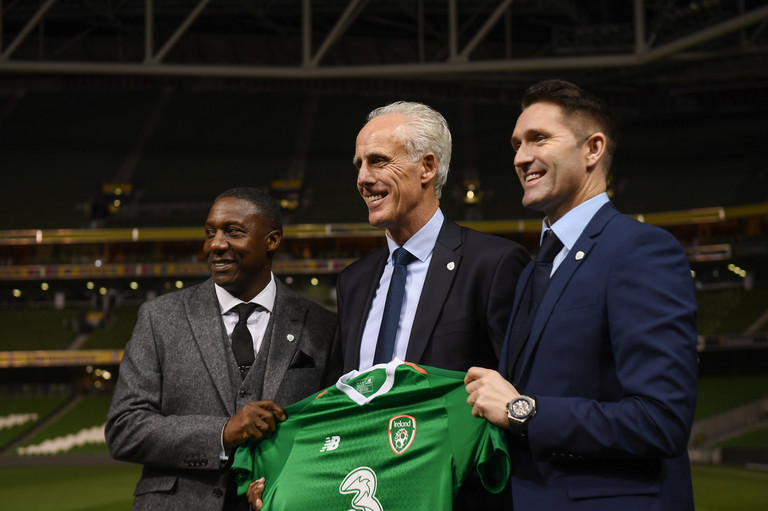 First off, some housekeeping. Here are the 5 pots for Sunday's Euro 2020 qualifying draw.

So, it's going to be a 10-group draw, with five groups possessing five teams, and five more containing six. The four UEFA Nations League finalists (Switzerland, Portugal, Holland & England) will each be guaranteed a place in one of the five-team groups to free up time so they can participate in those Nations League finals.

Furthermore, given that 12 different countries will be sharing the hosting duties, UEFA are determined to give them all a fair shot at qualifying. So, there cannot be more than two of those countries in the same group.

So, using a general mix of current world-ranking, recent form and gut-feeling (if it worked for Gerry Peyton?), here is the worst draw Ireland could theoretically get.

You could reasonably make the arguement that Spain, Italy, Holland or even England (but we'd love that) may offer as sufficiently stern a test from those Pot 1 teams. However, what with that two-host cities per-team group, and Germany the outstanding candidate in Pot 2, France it had to be.

Beneath us, it becomes a little bit more complicated. According to Nations League form, Slovenia would be a tough task, and God knows we don't need Georgia again, so it's Greece that we've opted for.

As for Pot 5, well it would have to be Macedonia wouldn't it? Brought up yet again in Mick McCarthy's opening press conference as Ireland boss, the wounds are still seemingly raw. Sure, he could exorcise those demons perhaps, but, why take the risk? If we do escape the Macedonians, Kazakhstan are another we scarcely need to meet again.

If you fancy watching the draw on Sunday morning, coverage will start on RTÉ Two from 10.45am.

Gaming
3 months ago
By Sean Meehan
We Subbed Ireland Into The European Championships, Here's How We Did
Football
1 year ago
By PJ Browne
Ireland Squad Named For Slovakia Playoff And Nations League Games
Football
1 year ago
By Maurice Brosnan
Explainer: Who Could Ireland Play In The Euro 2020 Playoffs?
Popular on Balls
GAA
23 hours ago
By Donny Mahoney
RATIFIED: Henry Shefflin Will Be Next Galway Hurling Manager
55