No Gerrard, But Carragher Makes One Excellent Selection In All Time Liverpool - Man Utd XI

Combined XI's seem to be very in vogue these days. It's a great pub conversation, and every now and again someone with a modicum of sense will be cornered into creating a dream team from just two teams and there will be some talking points.

That's exactly what's happened here when Jamie Carragher decided he wasn't getting enough abuse and produced an all-time Liverpool - Man United combined XI. Let's look at the positives first - three Irish players in the eleven is good going. In fact, Denis Irwin's inclusion makes me irrationally proud. Given that Irwin is meant to be 'underrated', the recognition he gets from a rival team's great shows that he is held in high regard by his fellow professionals.

It's team that proves Carragher is an educated fan of the game, and not solely focused on the Premier League years.

But the main talking point? The exclusion of one Steven Gerrard. Carragher presented this defense of picking Sir Bobby Charlton and Graeme Souness:

Bobby Charlton is the greatest English player of all time and takes the attacking midfield role, with Graeme Souness the more defensive one because of his passing as well as his aggression.

According to the legendary Liverpool defender though, centre-half was his most difficult choice:

I was agonising over my second centre half alongside Alan Hansen.

It came down to Rio Ferdinand, Nemanja Vidic, Emlyn Hughes or Mark Lawrenson… seeing as I couldn’t pick myself!

Rio’s too similar to Hansen and despite Vidic always being a very tough opponent of mine, I went for Lawro, which made it six Liverpool players to United’s five!

There was no place for the Sky pundit's former colleague, and Carragher admitted that he couldn't bring himself to pick Gary Neville.

It's a very interesting team nonetheless, but the exclusion of Stevie G? 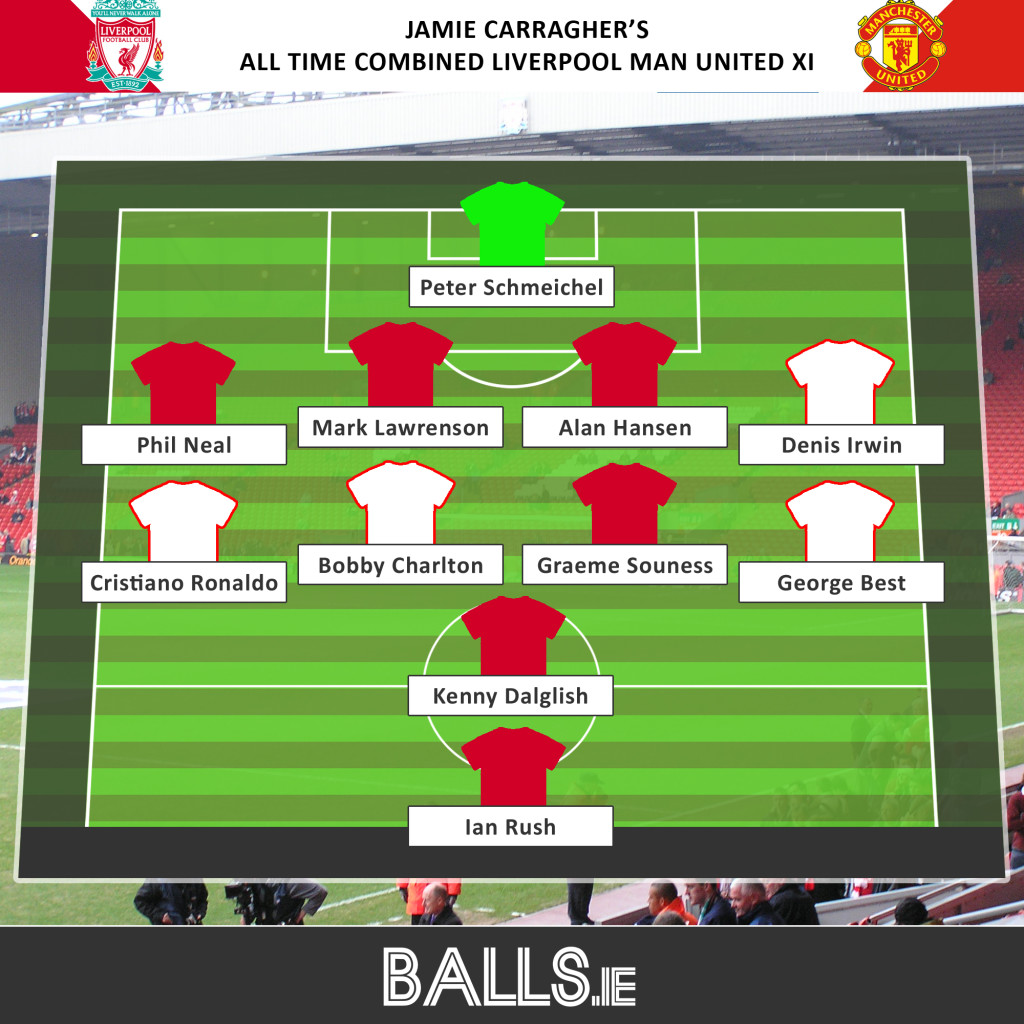 See Also: Ryan Giggs Had Some Lovely Things To Say About Denis Irwin In His All Time Man Utd XI

See Also: Just When We Thought Denis Irwin Couldn't Get Any More Amazing, We Discover A Fact Like This