'Roy Keane Cut One Of The Other Lads In Two, He Thought It Was Him'

"You do know I played with Roy Keane," Laois footballer Paul Cahillane replied when asked on Laois Today's 'Talking Sport' podcast who has been his most intimidating teammate down the years.

Cahillane spent three years at Celtic. He was there for Keane's six-month spell at the club between late 2005 and the summer of 2006.

"He played in the reserves with us a bit," said Cahillane.

"He was moving up and down with a few injuries.

"You know that thing they say, 'Never meet your heroes...' It's kind of like that Jordan documentary that everyone is watching. Not everyone is going to like those characters but you have to respect him.

"He was so intimidating in the dressing room, not that we were in there the whole time with him. He was just a big character, a big personality, he'd give you a death stare. He did it many times with many lads but he could have a laugh with lads.

"I think he'd have more of a laugh with lads he knew were willing to do everything the could to improve as a player and compete at the highest level. He didn't really like laughing and joking with lads who were not operating at the level he thought they could.

"He found it hard to break into the Real team because they kept playing him defensive mid when he was an attacking midfielder.

"He was trying to explain to Roy that he could fill in for him in defensive midfield. There was only a very short crossover between the two of them but I remember the death stare he gave him as if to say, 'Listen, I'm not interested in what you have to say to me'." 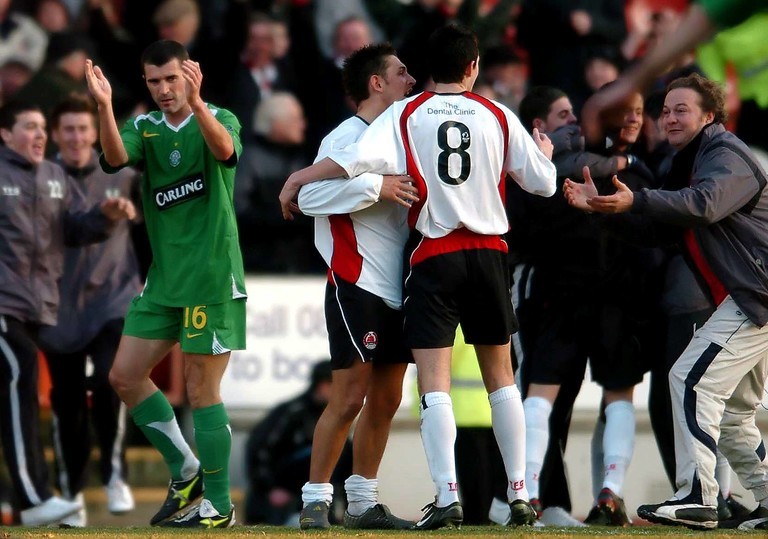 Cahillane also recalled a moment between Keane and Northern Ireland international Danny Lafferty who was a youth player with Celtic at the time.

"We had a few incidents with Roy Keane and young lads," said Cahillane.

"A funny one was Danny Lafferty who's with Shamrock Rovers now. He walked by one day and said, 'Keano, Keano' like a fan. Keane cut one of the other lads in two, he thought it was him.

"Of course, none of us said a word to Roy because we were scared to death of him at the time. It was Danny Lafferty and he had to apologise to him. Keane asked him, 'Why didn't you [admit it was you]?' Danny basically said, 'I was shitting myself, Roy. I didn't want to say anything to you'. In fairness to Roy, he rang the other fella and apologised to him.

"He never had favourites because who you were or where you were from. He was only interested in people who were operating at the same mental capacity as him, in the sense that he just wanted everyone to be absolutely zoned in on winning - nothing else mattered.

"Celtic frustrated him because it wasn't at the same level of professionalism that Manchester United was at the time, considering the United team that he came from. I think he got frustrated with a lot of people very quickly and that's why it only lasted six months."

You can listen to the interview with Paul Cahillane below.

See Also: Graeme Souness Explains Just How Hard It Was To Play Against Johnny Giles