Football
May 3, 2019
By Gary Connaughton

With a big summer on the horizon, Manchester United are already drawing up their plans ahead of the transfer window. A number of fringe players are expected to depart, while there is also some uncertainty over the futures of David de Gea and Paul Pogba.

While the signings they make may depend on who United can manage to get off the books this summer, they have already identified some potential targets.

French outlet L'Equipe are reporting that United are interested in Lyon striker Moussa Demebele. Dembele joined the Ligue 1 outfit from Celtic on deadline day last August, for a fee believed to be around £20million.

The 22-year old has gone on to notch 13 goals and four assists in the league this season, with a number of clubs keeping tabs on his progress. It is rumoured Lyon will seek around £43million in any potential deal, which would represent a major profit on what they paid less than 12 months ago. 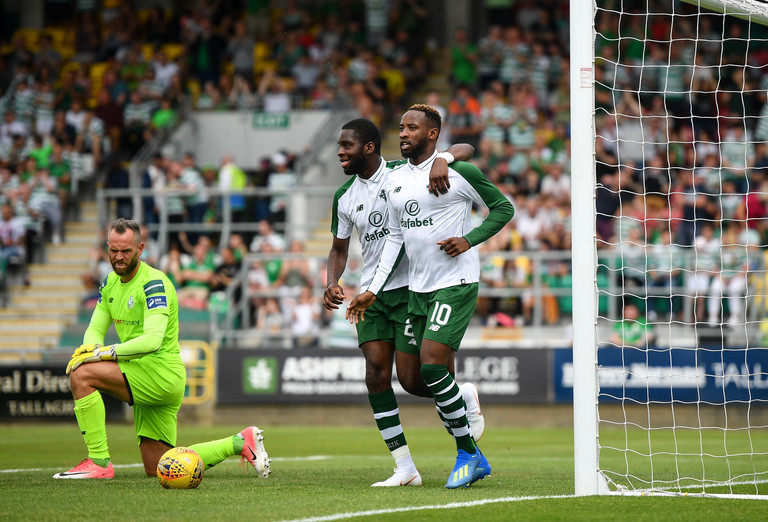 While Arsenal and Atletico Madrid are also rumoured to be interested in the player, they would likely be unable to compete with the financial muscle of Manchester United. Ole Gunnar Solskjaer is believed to be an admirer of the Frenchman, and has asked for more information about his personality of the pitch.

This is could be an important aspect to any potential deal, considering the trouble United have had in dealing with big egos in the recent past.

As for where Dembele would fit in the team, that could depend on who leaves this summer. Romelu Lukaku is believed to be angling for a move away from the club, meaning there could be a hole to fill up top.

While Marcus Rashford performed well at times playing through the middle, Solskjaer may feel that another option up front is required.

Whether the Dembele transfer materialises or not, we are sure to see some major arrivals and departures at Old Trafford this summer.