With Emphasis On Results Over Performance, McCarthy Questions Must Now Be Asked

Another campaign, another play-off. It is groundhog day for the Republic of Ireland. While the performance against Denmark was one to be proud of, it was ultimately not enough to secure passage to Euro 2020.

Even considering the disappointment of missing out on automatic qualification, it is notable that another shot in the play-offs has not resulted in the usual furore about what is to come. While in the past such things have been a sign of achievements on the pitch, the cold truth is that Ireland would still be in the same position had they lost every game for the last two years.

In many ways, this may make it seem that this campaign was all for nought.

That may be a bit harsh. Things have improved under Mick McCarthy, even if only marginally at times. He restored the belief in the team and got the supporters back onside, especially in the early portion of the campaign.

In saying that the football was rarely pretty. Both games against Gibraltar were fairly dire, as were the disappointing results in Georgia and Switzerland. There were positives to take from the other games, but mostly in terms of results.

The frustrating part is that Ireland bow out after their most encouraging showing of the second McCarthy era. The team played with a sense of purpose last night, something that seemed to be lacking in other games.

Ireland thoroughly outplayed Denmark, a team who would be perceived to have a more talented group of players. The performance was one was one to be proud of, but only leaves us wondering why this team can't play like that on a more consistent basis. 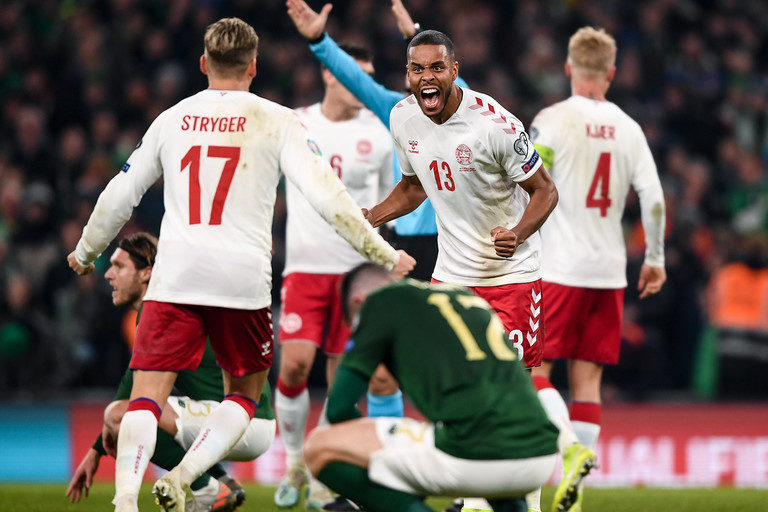 Mick McCarthy was brought back with a single goal in mind, to get Ireland to the Euros. While that is still achievable, it is only fair to critically analyse how they have fallen short in this group.

From day one, the manager was quick to brush off any questions about the path the team were taking. He pointed towards the end of the campaign, that he was happy with the direction the team were going in.

When Ireland underwhelmed, it was claimed that results were all that mattered.

In a philosophy built entirely around results, that must be how this management team are judged. Gone are the days of promise of future achievement, we are now at the end of this particular road.

It became a running joke over the past few weeks of how McCarthy repeatedly said he would have 'bit the hand off' someone who had offered the scenario of last night's game before a ball had been kicked in the group. That was a questionable attitude at the time, seemingly setting Ireland up for the scenario they now find themselves in.

This has not been a linear path of progression for Ireland. Far from it.

Their tactics changed consistently, as did the formation they utilised. Sometimes they pressed, other times they sat off. McCarthy ignored the seemingly obvious prospect of using a 3-5-2 formation for months, only to hastily adopt it in Geneva and abandon it after 20 minutes. It was hinted by some players that they had not even practised the system in training.

Mick insisted players would be picked on form, but it only seemed to apply in certain cases. In-form players were sometimes ignored, while others were repeatedly picked despite a lack of impact at club or international level. 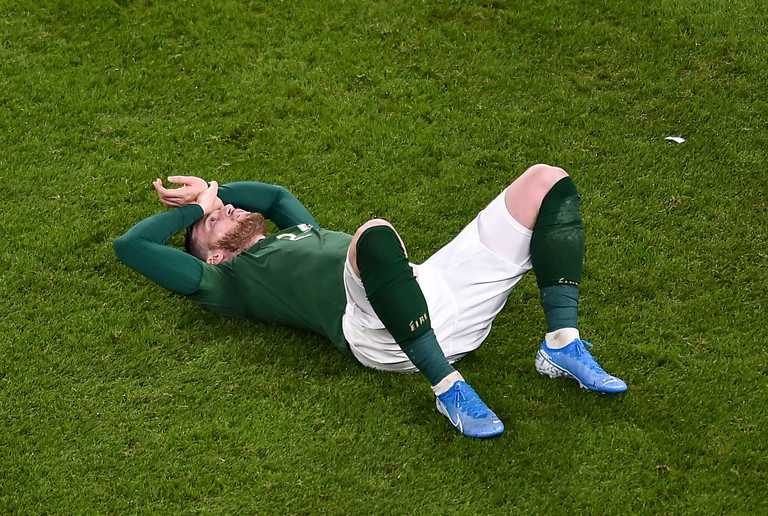 One thing that was notable about last night's game was the insistence on playing out from the back. Certainly no bad thing, but it did diverge from the methods that had been employed for the majority of the campaign.

The manager was asked in his post-match press conference if this was something he was uncomfortable with his players attempting. His response was emphatic:

I can assure you that no team of mine would go out there and do what they want, no. We planned it, coached it, and worked on it.

It was a fair question to ask considering the concept had been almost alien until this point.

There is also the issue of this team failing to play well unless their backs are against the wall. That is not down to this manager and has long been a trait of Irish sides at this level. In saying that, that mentality has certainly not been extinguished.

Ireland are afraid to take chances unless they feel they have no other choice. It is not an attitude possessed by the most successful teams.

Considering the self-contained nature of the Nations League play-offs, this campaign has ultimately been a disappointment. Perhaps that will all be forgotten by the time next summer rolls around, but winning two one-off games against opponents of a similar calibre is certainly not a given.

The goal was to get to the Euros. In a mantra that preaches results above all else, any other outcome will see this regime be considered an abject failure.

SEE ALSO: Explainer: Who Could Ireland Play In The Euro 2020 Playoffs?