Richard Dunne was one of Ireland's greatest defenders and despite holding the record for the most own goals in the Premier League he will go down as one of the better defenders to have graced the top-flight. The Dublin native was a colossus for Manchester City and also had solid spells with Aston Villa and QPR. He played his first top flight game in 1997 for Joe Royle's Everton and his last for Queen's Park Rangers in 2015.

In his long and storied career Dunne amassed 604 club appearances, which also meant he had his fair share of football stickers. Looking back on them makes for interesting viewing. Without trying to bully the man, Dunne would probably be the first to admit he's not the most photogenic footballer ever to grace the game. Here are a gallery of his most uncomfortable efforts. 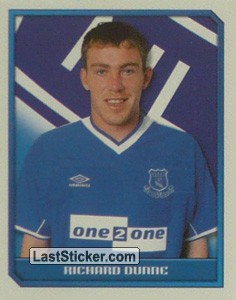 Dunney clearly was only told about the photoshoot at the last minute, he really could've done with a quick comb through that hair. Looks like he came straight from the training ground. 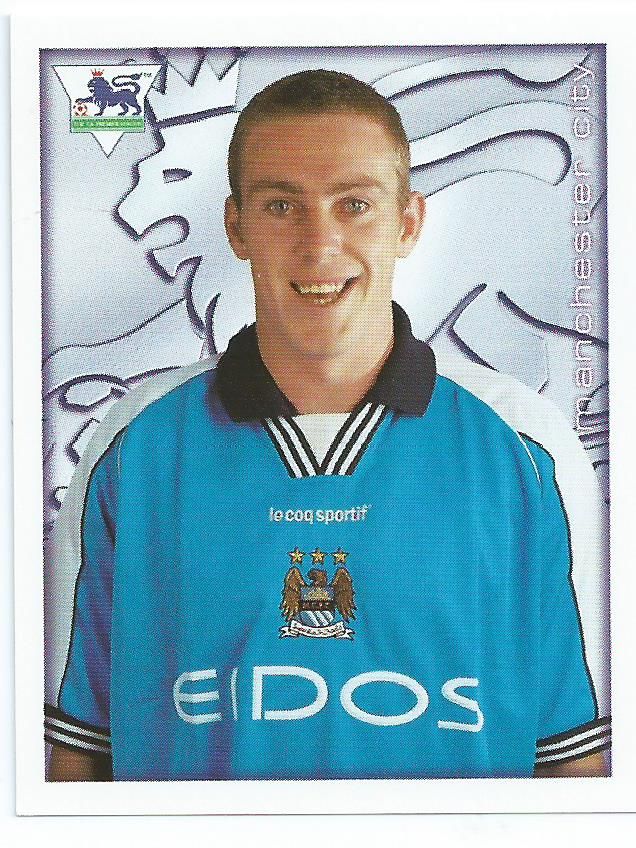 The centre back somehow manages to look 14 and 40 at the same time. 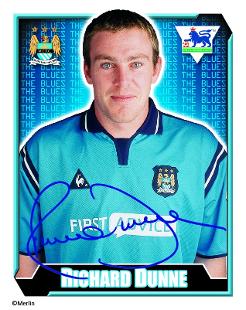 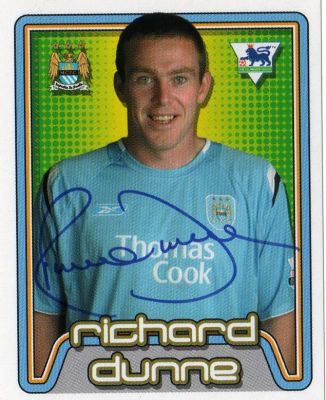 Richard opts again for the mouth open look. Too eager, mate, too eager. 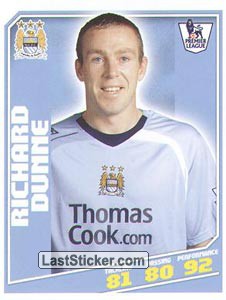 Blessed with a washed out angelic glow this time out, the former City captain still looks very awkward. 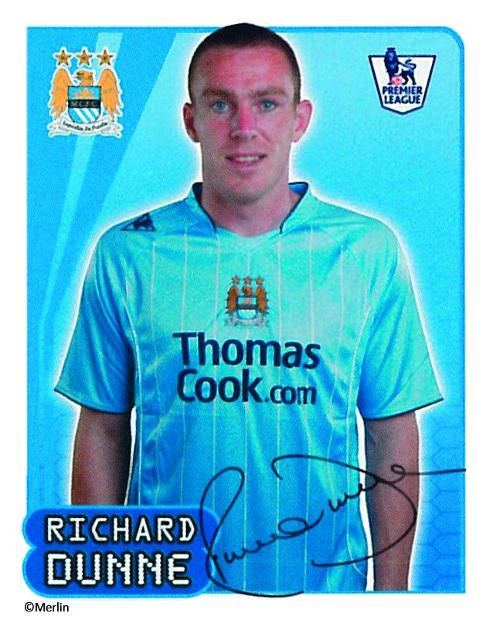 Clearly back from two weeks in Torramolinos in this frightfully vivid sticker. 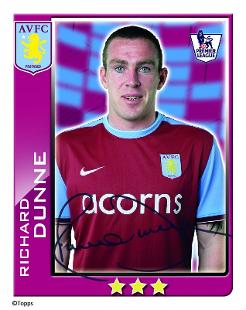 The former Ireland international looks very claret in the face in this photoshoot. Surely a bit of foundation wouldn't have gone astray. 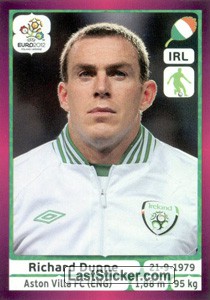 Better overall sticker performance for the Euros from the big man. Mouth closed, steely determination, even lighting. Pity about the tournament...