The Dublin Derby once again delivered drama aplenty in Tallaght Stadium tonight as Shamrock Rovers were hit with two first-half red cards during their clash with Bohemians in the Airtricity League.

Stephen Bradley's outfit are flying high at the league currently but have unfinished business against their cross-city rivals who have had their number recently. 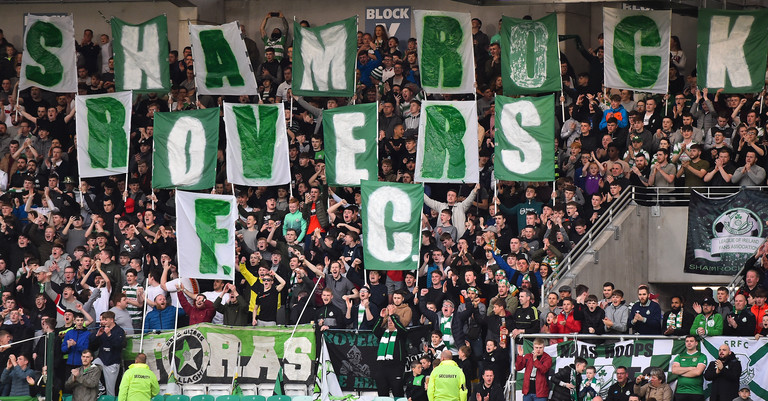 However, Rovers were dealt a first-half hammer blow when two of their back four were sent off within seven minutes.

Firstly, Trevor Clarke was shown a red card after he was deemed to have pulled down Daniel Grant.

Then, Lee Grace was shown a second yellow and conceded a penalty for handball. From the resulting spot-kick, Dinny Corcoran slotted home.

Penalty and yet another Red card!

Lee Grace handles the ball in the area and its another red card for Shamrock Rovers!

Republic of Ireland manager Mick McCarthy, assistant Robbie Keane and U21 manager Stephen Kenny are all in attendance at the game.

Football
1 month ago
By Gary Connaughton
In Pictures: The Story Of The Lost Dublin Derby, Featuring Late Drama
8

Football
1 month ago
By Shane O'Brien
League Of Ireland Betting Preview: Cork To Go Down?
Previous Next