Don't look now, but the return of international football is just around the corner. With the Europa League and Champions League finals this week set to finally bring the 19/20 season to a close, Ireland will be back in action at the start of September.

UEFA Nations League fixtures against Bulgaria and Finland may not be the most eye-catching outings, but these games will receive plenty of attention for a couple of reasons.

It will be will be Stephen Kenny's first opportunity to take charge of the senior international team, ensuring some extra interest. With the Euro 2020 play-off against Slovakia set to take place in October, this will also be a final opportunity to test some players in a less pressured environment.

Ireland travel to take on Bulgaria on September 3rd, before hosting Finland three days later. Those fixtures could yet take place at neutral venues, but they look set to go ahead as things stand.

What sort of squad will Stephen Kenny select on Monday? He has already said that he will not be announcing an extended provisional squad as his predecessors have done, with a 25-man panel most likely. 23 of those players will be in each of the matchday squads.

The new manager will have been keeping a close eye on the Premier League, Championship, and League of Ireland since the restart. Here's who we think will make the cut.

It is unlikely we will see much change in the goalkeeping department. Darren Randolph is all but certain to hold onto his place as number one despite now acting as a backup at West Ham.

Mark Travers will be hoping to push him for that position with the promise of more playing time at Bournemouth this season, while Caoimhin Kelleher could also be brought in with the U21s' friendly against Slovakia seemingly no longer taking place according to the FAI website. 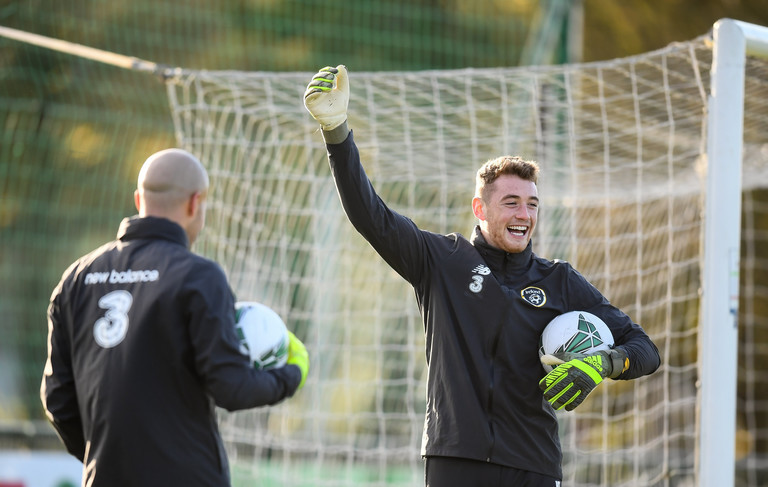 Seamus Coleman and Matt Doherty will surely continue their battle for the right back spot, with Kenny admitting he is unlikely to use a three-man defence that could accommodate both players.

John Egan and Shane Duffy are entrenched as first choice at centre back, with Duffy on a quest to secure more first team football in the coming weeks.

The other centre backs in the squad will be interesting. Dara O'Shea looks likely to be included in the senior squad for the first time after winning promotion to the Premier League with West Brom. Darragh Lenihan and Kevin Long are also in contention, but Ciaran Clark could be included after recovering from his recent injury concerns. 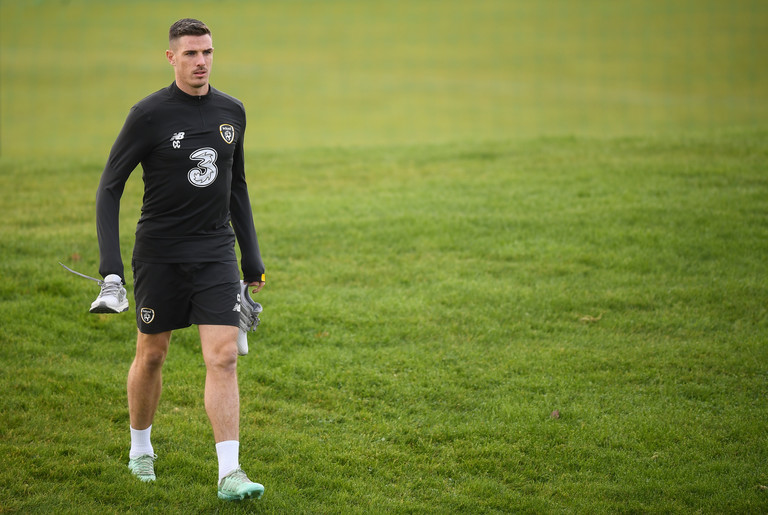 Enda Stevens will continue as first choice left back, while we would love to see Ryan Manning finally be given a chance in the squad.

Conor Hourihane was in stunning form to finish the season and is a certainty to be named in the squad, while you would imagine that Jeff Hedrick and Alan Browne are also in that category.

Stephen Kenny recently said that James McCarthy is available for selection once again, so he looks set to come back in. West Ham's Josh Cullen is the other contender for the holding midfield position.

Jason Knight and Harry Arter could be considered, but Ireland U21 captain Jayson Molumby should be included after a very strong campaign on loan at Millwall, with Jack Byrne offering some creativity in the final midfield slot.

Aaron Connolly's strong finish to the season has him looking like a shoo-in for a place in the starting XI, something could also be said about David McGoldrick. 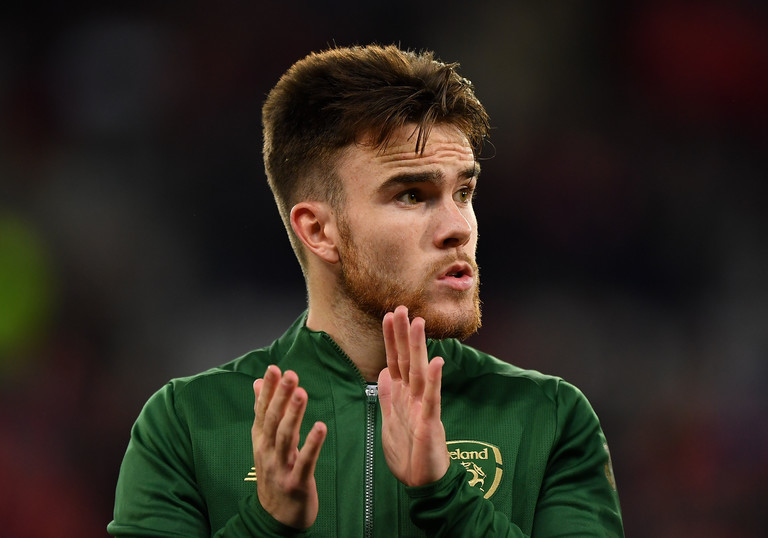 Shane Long should also make a return after being inexplicably left out by Mick McCarthy on a number of occasions. However, Stephen Kenny did hint that his Southampton teammate Michael Obafemi was not quite ready for senior international level.

Winger James McClean was named Stoke City's player of the season after a some very strong displays after the turn of the year, seemingly rediscovering the form that had abandoned him for much of 2019. He may not be an automatic under the new manager, but he would make for an ideal impact player off the bench.

Robbie Brady is a player that Kenny already revealed that he plans to get the most out of, and you can expect he will be given an opportunity to impress over these two games. Callum Robinson's pace makes him an attractive proposition, with his struggles on the wing under Mick McCarthy likely to be eased under a more attacker friendly system.

Troy Parrott and Adam Idah could force their way into consideration over the course of the season, but for now we would expect Sean Maguire to take the final forward spot.