Video: Steve McManaman's Liverpool Vs Man United Prediction Was Slightly Off The Mark 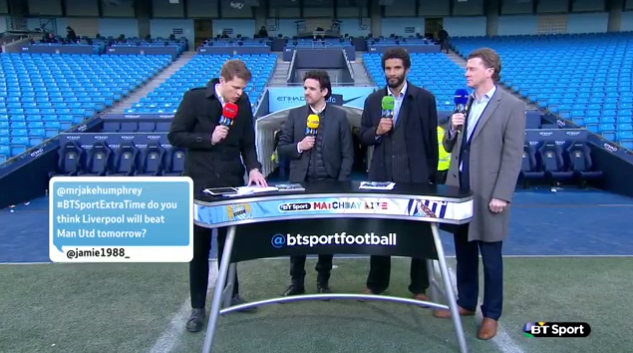 BT Sport's panel have always come in for a bit of slack and this weekend is no exception. Owen Hargreaves, David James and Steve McManaman all predicted not just that Liverpool would win with a certain degree of comfort but also that Man United would also not finish in the top four.

See for yourself here;

Now, a Liverpool win wasn't outside the realm of possibility but very few expected either team to win comfortably. Steve McManaman's prediction was always a long-odds shot but it looks a tad laughable after the event.