8 Standout Moments From Netflix's 'Sunderland Til I Die' Documentary

Sunderland's shambolic 2017/18 season is the subject of a remarkable behind-the-scenes documentary on Netflix.

These are some of the most memorable moments from the eight episodes of 'Sunderland Til I Die'.

Jack Rodwell refuses to leave the club in January

In the January 2018 transfer window, the club is desperate to get rid of Jack Rodwell, whose £70,000 a week contract is weighing them down. Unlike other players, Rodwell did not have a clause in his contract which meant his wages were reduced when Sunderland were relegated from the Premier League.

CEO Martin Bain reveals a deadline day conversation he had with Rodwell.

I've had a chat with Jack, and I said to Jack, 'Be a man, you're 26-years-of-age, go and kickstart your career. Tell me, is it about playing football or is it about money? Tell me, which is it?

Jack said, 'It's about playing football.'

But look around you. Look at the state the club is in. Maybe go play football somewhere else.

I hope he just doesn't consider his own interests and I hope he puts Sunderland Football Club up there in his decision-making as well.

Rodwell refuses to agree to the termination of his contract, a decision which is revealed when Bain walks into picture swearing on his phone and then slams his office door. 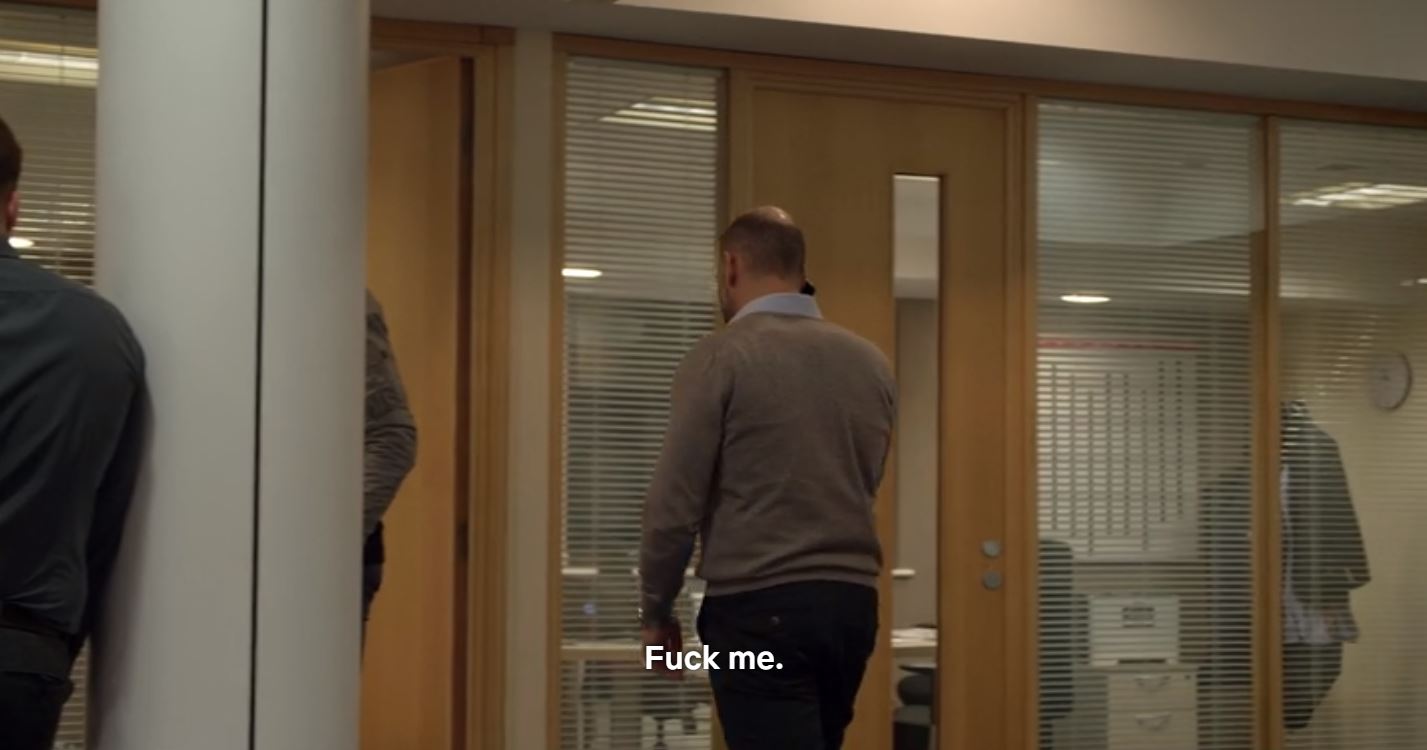 The scenes from the crowd during games are some of the documentary's best, often relaying the toxic atmosphere building in the stands.

After Sunderland go 3-0 down away to Bristol City in February, a cameraman becomes the target of the supporters' anger. The camera ends up on the ground with a broken lens.

Sunderland come back to pick up a point in a 3-3 draw. 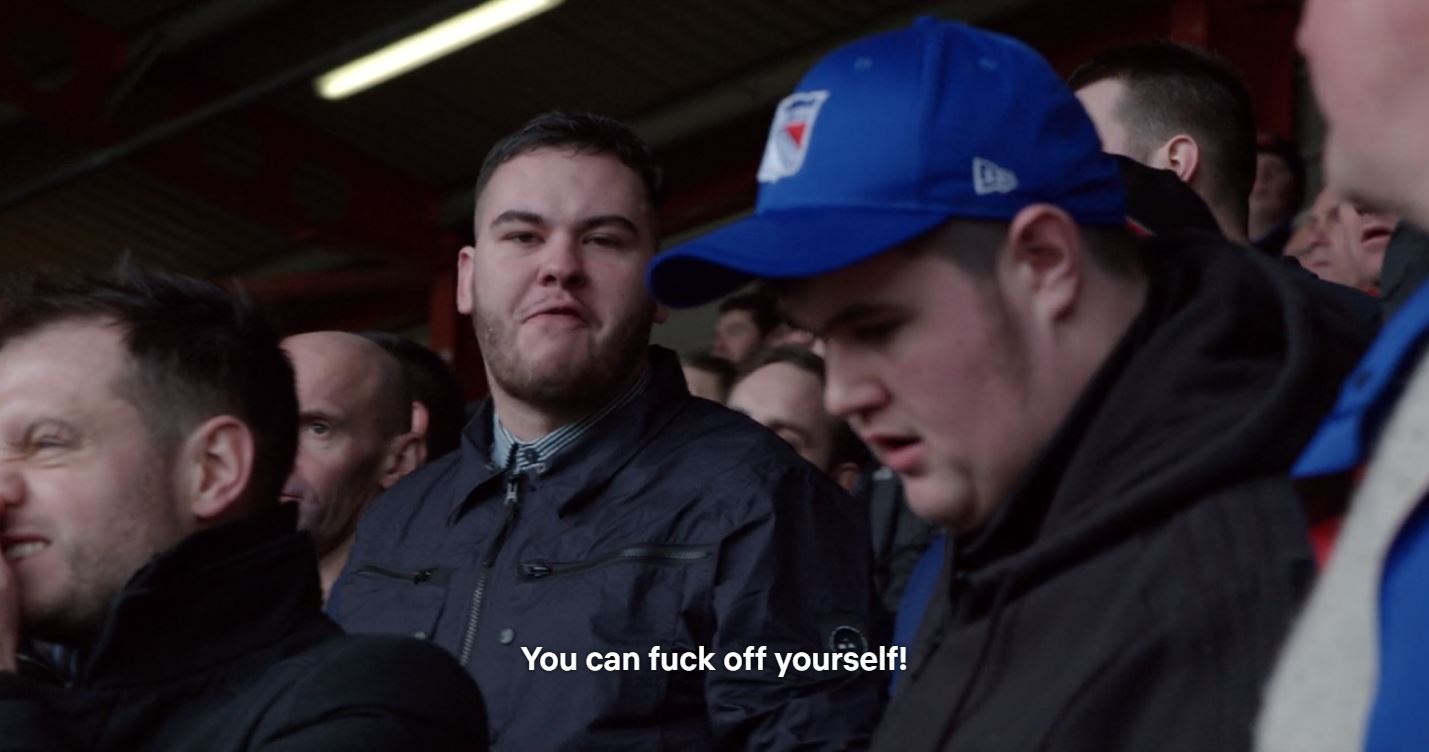 Chris Coleman tells viewers what the club means to the staff

You come in in the morning and there's Andy, the old boy who always opens the door for us. He was going to have a hip operation but it's been cancelled, poor bugger.

Joyce [the chef] upstairs, who makes sure you come and have some lunch. Patrick [the chef], if I don't come for lunch, he's knocking on my door, 'You need some food.'

These are genuine people who care, and they can't help it. They're great people.

The problem with that is, when you're playing poorly and you're losing, you're thinking, 'Oh, I've let them down. I'm letting you down here.'

If you win, they've won the lottery. They don't actually care about money. Sunderland have won a game of football. If you lose and you keep losing, it affects them so badly. It really does.

You can feel the weight of that and that can be quite heavy. 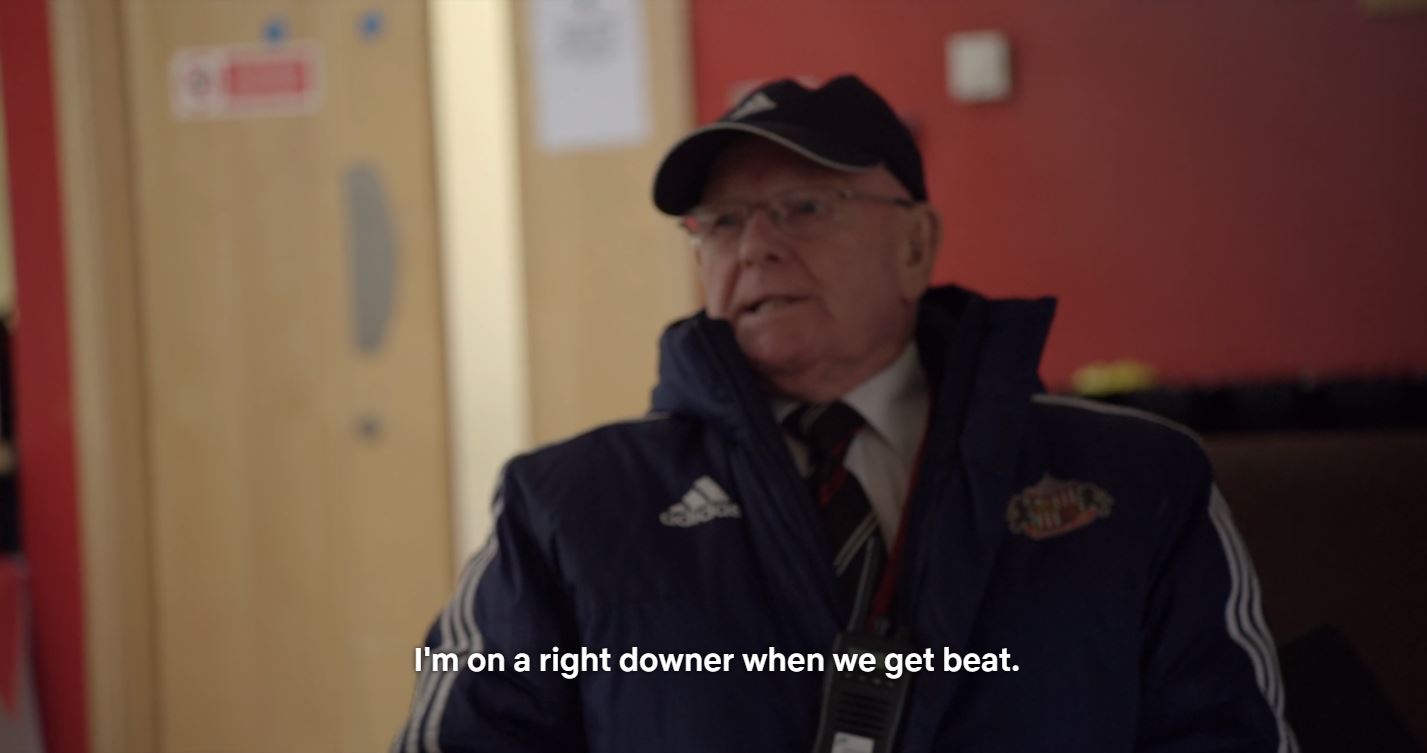 One of the documentary's most uplifting moments sees Jonny Williams, on loan at the club from Crystal Palance, come off the bench to score against Middlesbrough after a period out injured due to a dislocated shoulder.

In an intimate scene earlier in episode six, Williams speaks about how he has struggled mentally due to injuries.

"The emotions I go through, some days I'm so down thinking my season is over," says Williams.

"I think that's a lot to do with living on my own. Sometimes I do have time to think about things. I thought about getting a dog just to keep me company."

His agent suggests that he see a psychologist. 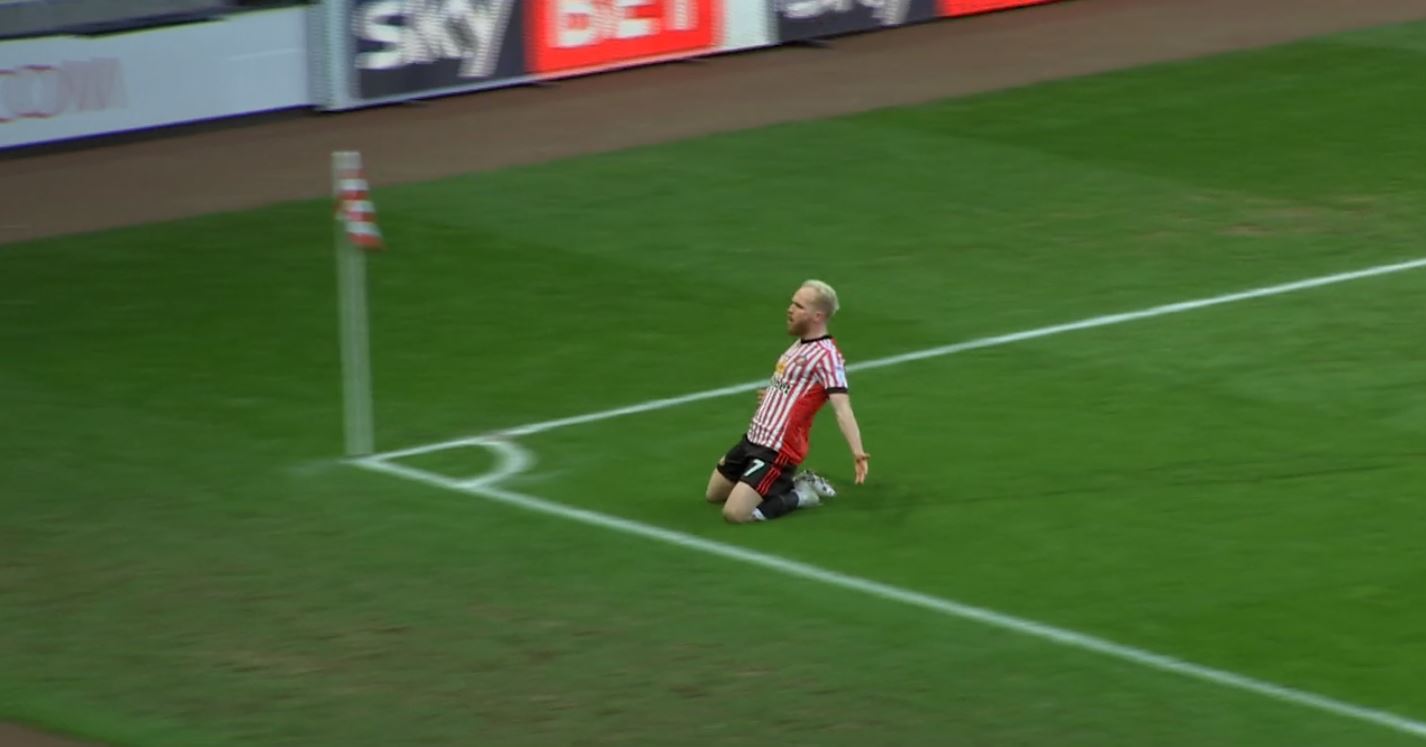 "To help me as a player. No, not just a player, in fact, as a person," Williams tells the psychologist is his reason for visiting.

In six or seven years since turning pro, I've had a lot of ups and downs. I think that sometimes I do struggle with may just being stronger, believing in myself, I think, at all times. I think there's times where I've had knockbacks.

The psychologists asks Williams what he thinks being stronger means.

"To keep believing I am good enough to be where I am.

"I am scared to lose the ball. Scared to miss. Scared of failure."

He adds that Chris Coleman (previously his manager with Wales) and Mick McCarthy are the only two managers who have made him feel unafraid on the pitch.

Two games later, Williams is back in the Sunderland matchday squad for the first time under Coleman. He scores as they draw 3-3 in a local derby with Middlesbrough.

Early in the seventh episode, the one which sees the club relegated from the Championship, Aiden McGeady is critical of Chis Coleman's management style.

If a player keeps making the same mistake, show them the mistake they are making. I've had managers before who come in and go crazy. He just kind of comes in and it's, 'We could have done this better, right, sound, move on'. It's just kind of an acceptance of, 'That's OK'. You come into training a couple of days later and everyone is laughing and joking and we've just been beaten 3-0 at home.

He also suggests that Coleman was wrong to allow Lewis Grabban leave. Grabban was on a season-long loan from Bournemouth but it was allowed end early when the player said he wanted to return to his parent club.

"Even if you don't like Grabbs as a person, but you know he's valuable to the team because he's scored 12 goals - manage the player," says McGeady.

"I think the manager thought that Grabbs was disposable and we'd get someone else in who could do the same job, but that never happened."

Lee Cattermole implores fans to get behind Ashley Fletcher

Desperate for a striker in January after Grabban leaves, Sunderland sign Ashley Fletcher on loan from Middlesbrough.

It's nine games into his time at the Stadium of Light before Fletcher scores. He does so in a remarkable 4-1 win away to Derby.

As Fletcher and his teammates celebrate the goal, an emotional Lee Cattermole implores the fans to get behind a player whose confidence can easily dip. 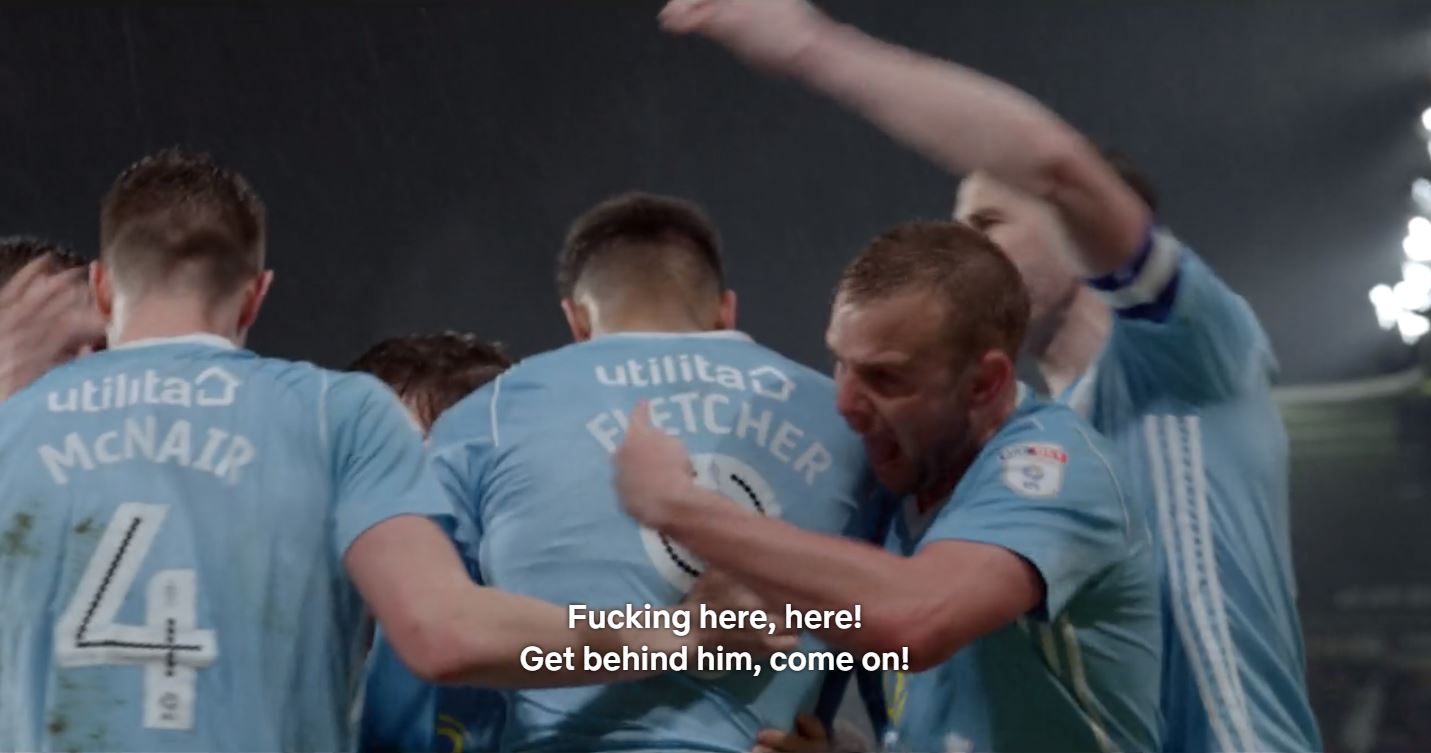 The reality of relegation

"I'm sure all the staff are talking about their jobs, innit," says Patrick, one of the club chefs.

"That's the bottom line. Well, the last time we went down, 85 people got made redundant. So, there you go, that tells you."

"We're worried about our jobs. You're hearing rumours about what might happen to the club and that. Yeah, we're all worried. We're human. We've got families. We've got mortgages to pay.

Coleman confronted by a supporter after the club is relegated 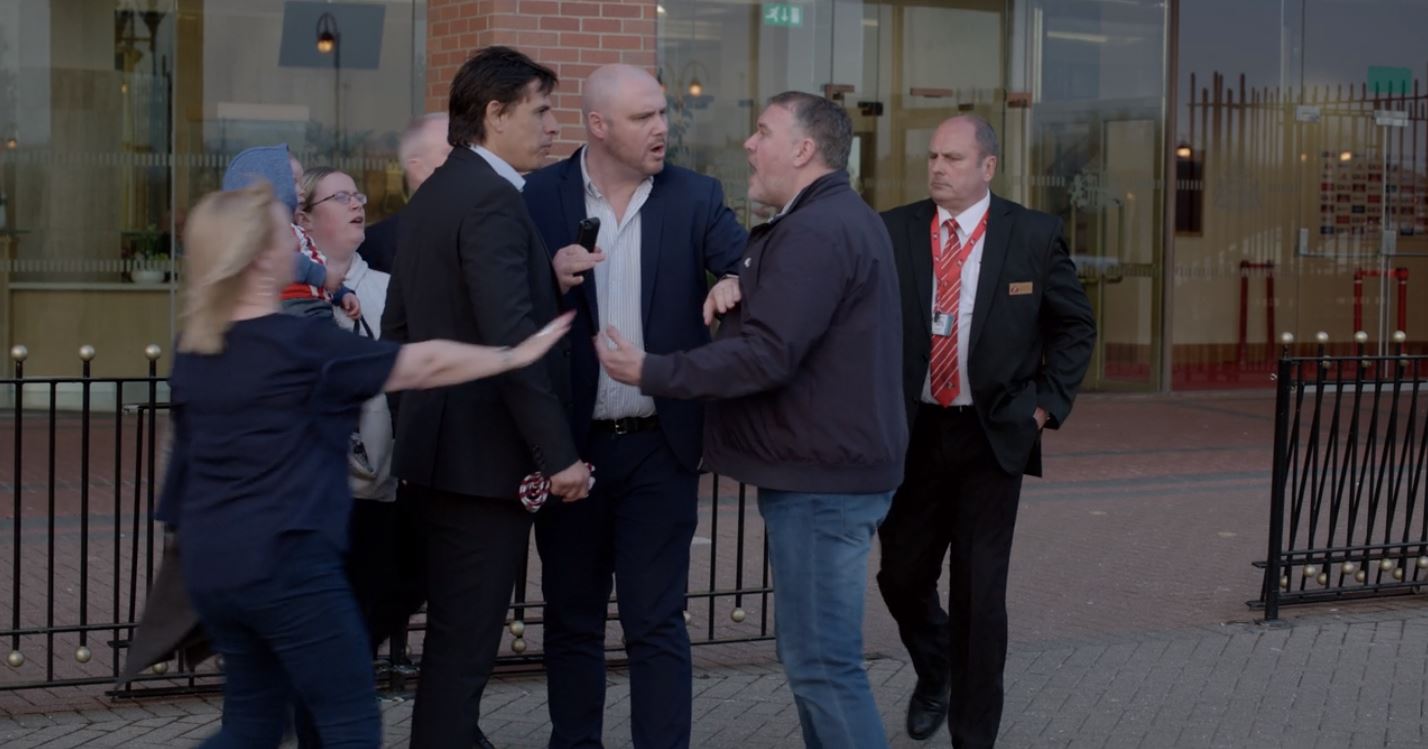 After Sunderland are relegated following a 2-1 defeat at home to Burton Albion in their third last game of the season, Chris Coleman is confronted by an irate supporter outside the ground.

Supporter: How do you feel?

Supporter: You haven't got a fucking clue, mate.

Coleman: You calling me a prick? I'm a married man with six kids.

See Also:Frank Lampard And Four Other Footballers Who Have Had Literary Careers

Championship Editor's Picks On Sunderland Sunderland 'Til I Die netflix