When you think back to the level of hype that surrounded Wayne Rooney's breakthrough in the Premier League as a teenager almost two decades ago, it feels like the announcement of his retirement as a player has gone very much under the radar.

In a statement confirming that Rooney has been officially installed as the new Derby County manager on a full-time basis, it was revealed that Rooney was hanging up his boots following a caretaker stint as player-manager. Rooney's transition into management has somewhat distracted from the revelation that arguably the defining English player of his generation has played his final match.

Loved every minute of my playing career but excited to get started in management with a great club in @dcfcofficial.

Thanks for all the messages and best wishes, appreciate them all ❤️ pic.twitter.com/zYABfF9UBx

Rooney's legacy as a player is a complicated one for many who, perhaps unfairly, judge his career against the sky-high expectations that were placed on him as a teenage sensation. Rooney is the all-time record goal-scorer for both Manchester United and England, has won the Champions League, Europa League, five Premier League titles and four domestic cups. He was England captain and won 120 caps for his country, for whom he holds the record as the youngest ever player to both start and score. He has the record for the most Premier League goals scored for a single club (183) and is second only to Alan Shearer on the all-time PL scorers list with 208. He won both the PFA Player and Young Player of the Year awards while at Manchester United.

But still, particularly during the latter part of his playing career, he has often been spoken about as a player who didn't fulfil his potential. It's probably unfair that Rooney was often compared unfavourably to his former Manchester United teammate Cristiano Ronaldo - one of the greatest to ever play the game. And as Rooney's career at the top level began to wind down, it became easier to forget about his greatness which had often been taken for granted. 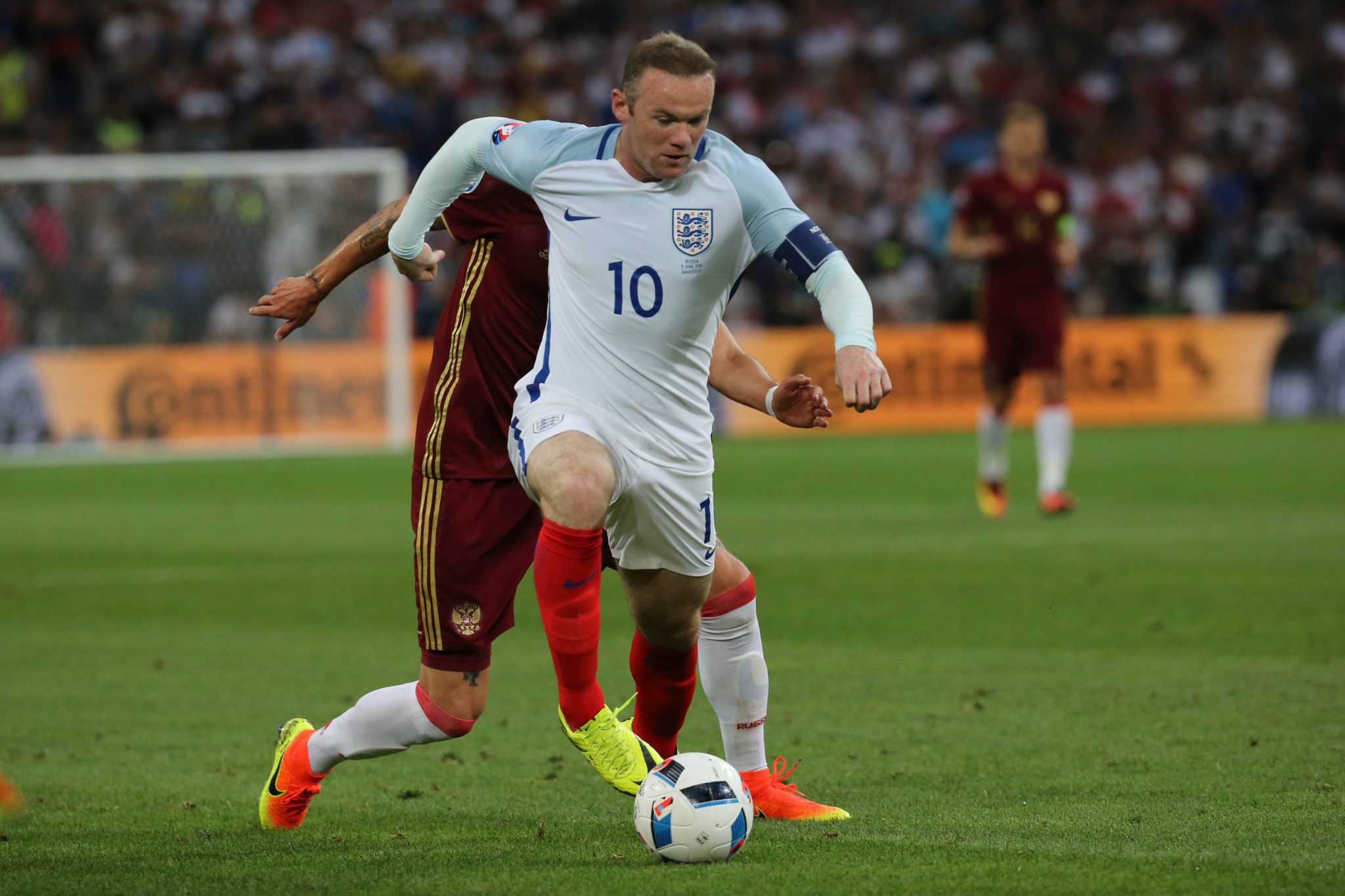 Now that he has officially retired, the questions about his lost potential might begin to fade as people remember the glittering career he had and the incredible moments he produced on the pitch. His stats and medal collection alone most certainly place him as one of the best English players of all time.

Wayne Rooney's retirement marks the end of an era, so here are some of the goals that made his incredible career all the more memorable.

"Remember the name - Wayne Rooney!" Soon after Rooney's first-team debut for Everton, the hype train went into turbo mode when he became the then-youngest ever Premier League goal-scorer with this brilliant winner, against an Arsenal side who were in their pomp as one of the best Premier League teams we have seen. A breakthrough moment worthy of a Hollywood script.

It is difficult to think of another teenager who created as much of a buzz at a major tournament as Wayne Rooney did for England at Euro 2004. After terrorizing the French defence in their opening group game, Rooney became the youngest player to score at a Euros in their second group game against Switzerland. He scored four in the group stages and firmly announced himself on the international stage as arguably the most exciting young talent in world football at that time. But an injury against Portugal in the knockout stage put an end to Rooney and England's tournament, and unfortunately for Rooney he never reached the same heights with his country again.

Rooney's early career continued a 'Roy of the Rovers' style script when he scored a brilliant hat-trick on his Manchester United and Champions League debut. After becoming the most expensive teenager in world football at the time, he quickly won over the Old Trafford faithful with three quality goals in a scintillating display - his third, a free-kick, the pick of the bunch.

If ever a goal summed up all of Wayne Rooney's characteristics as a young player, then this is it. In the build up, the hot-headed Rooney is berating the referee for a decision that went against him as he jogs towards the Newcastle end. Suddenly the ball drops for a frustrated Rooney to hit the most ferocious and sublime volley into the top corner. Getting Andy Gray's trademark "take a bow, son" on commentary was yet another career milestone for Rooney before he had even reached his 20th birthday.

Rooney was a prolific scorer in Manchester derbies over the years. As the rivalry between the clubs intensified with City becoming genuine title contenders, Rooney scored probably his best ever goal to win a derby at Old Trafford.

Rooney played in three Champions League finals with United and despite his side being dominated by a legendary Barcelona team at Wembley in 2011, Rooney popped up with a beautifully taken equaliser against the run of play in the first half. The goal didn't matter in the end in terms of the result, but it was a fitting moment for Rooney's career to score on the biggest stage in club football.

Towards the end of his United career, Rooney broke Bobby Charlton's record to become the club's all-time leading goal-scorer. His 250th record-breaking goal came as a late equaliser away at Stoke. It wasn't the grandest stage or most flamboyant celebration you might expect for such a monumental goal, but Rooney still gave United fans another glimpse of his quality with a superb free-kick to get them out of trouble.

Following an acrimonious departure from his boyhood club, Rooney became a villain among Everton fans who watched him excel at Old Trafford for more than a decade. But despite this, Rooney remained an Everton fan throughout his career and he got the chance to make amends with their supporters when he re-joined the club following his United exit. He scored a hat-trick against West Ham, which included this memorable goal from inside his own half - a nice swansong for Rooney at Goodison Park before he would later leave for MLS.

The eyes of the world were no longer on Rooney by the time he left the Premier League for the United States. As injuries and age began to catch up with him, his brilliance only appeared in glimpses. Probably the last big moment of magic he produced came when this last-ditch tackle and assist for DC United went viral and reminded everyone of the qualities that made Rooney such a brilliant player.