Where Are They Now? - The Ireland Fans At The Walkinstown Roundabout In 1990

That video has come to sum it all up. The summer of our lives. Even if you weren't actually alive in 1990, it's still the summer of your life. It was the moment that Ireland changed.

Packie saved. Dave scored. The clouds parted, and Ireland emerged into a glorious new tomorrow. News coverage was filled with people sculling pints and jumping on cars. While much of that coverage was focused on the O'Connell Street area, the Walkinstown roundabout has since become synonymous with the kind of shenanigans that would get Charlie Bird and the riot squad out at any other time.

But what of the individuals? We watch the footage and look at them in their collective story but each and every one of those people were changed that day. 'I slapped a car's bonnet that day'. 'I carried three vodkas, two pints and a can of Lilt out onto the street and didn't spill a drop'.

Now that it's nearly 30 years later, these kind of stories have been passed down to the younger generations time and time again. The problem is, they start to lose all effect and that's just not good enough. The individuals deserved to be remembered so we've tracked down five of them* to find out their story and what kind of effect that fateful day had on them. 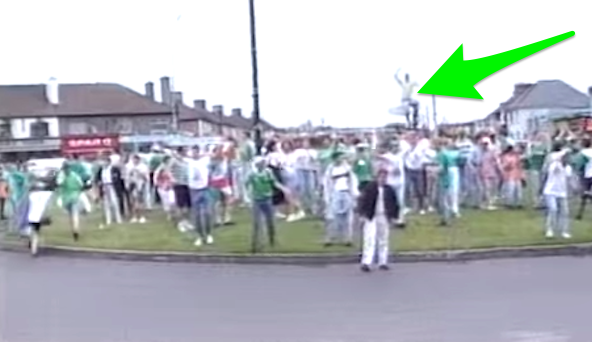 That fearless individual is Tommy McMahon. Tommy, from Crumlin, made the short walk to the roundabout that day and he never returned home. Tommy had recently been given one of those new-fangled credit cards and he forgot he had brought it out of the house that day.

In the middle of the revelry, Tommy found that little bit of plastic and he had an idea. Feck it you only live once, he'd head to the airport and jump on a flight to Italy. No one believed he'd do it. The bastard only went and did it.

Despite the loss to Italy in the quarter finals, Tommy had the greatest week of his life. But then the drink wore off. How the hell was he going to go back to Marian and the kids? She'd kill him stone dead. He made the only logical decision possible. Ignore her calls, start a new life and live it up in Italy.

He's now working as an olive farmer in Tuscany with his third wife Flavia. 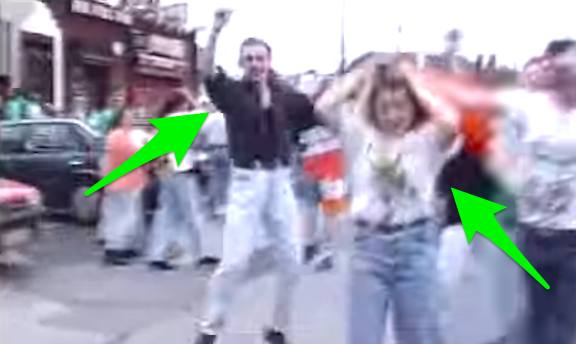 That's Mick O'Carroll and Breda Foley. They had never met each other until that day. At that exact moment, Breda turned around, spotted Mick's deliciously high-waisted jeans and it was love at first sight.

That night they made love to the sound of George Hamilton's commentary still ringing in their ears. Nine months later, Breda gave birth to a baby boy which she named Anthony. Mick would have named him Jack but Mick wasn't actually there to name him considering he jumped out Breda's window the morning after the win over Romania.

We tried to track down Mick but Breda said she killed him. We didn't want to find out if she was joking or not. 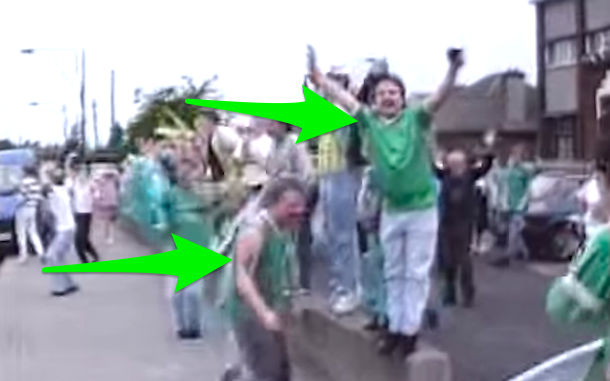 Those two buckos are Paddy Farrell and Pat Gavin. Paddy and Pat were inseparable up to that day. They dropped out of school together, they got jobs together, they grew moustaches just like Freddy Mercury together. Their wives joked that they loved each other more than they loved their own families.

Like the rest of the country, Pat and Paddy had the time of their lives that day. The euphoria was more than anything they had ever experienced. They drank, they laughed, they cried.

Neither man made it home that night. We asked them where they went and all we could establish was that something 'weird' happened and that neither man wanted to talk about and if we asked again we'd get 'that microphone shoved up our hole'.

Paddy and Pat haven't spoken to each other since that night. 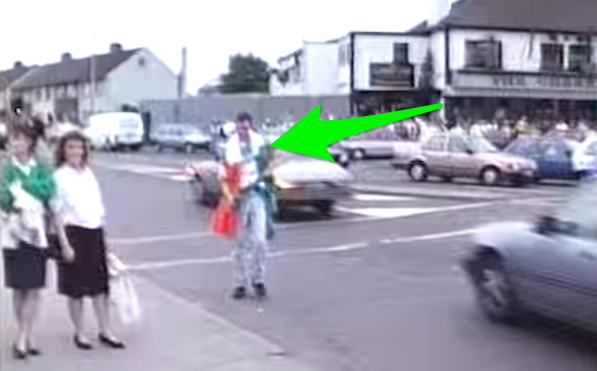 Darragh Kelly was one of the few people at the roundabout who wasn't drinking that day. Darragh was in the seminary but when he was told he couldn't go out and watch the match with the great unwashed, he immediately gave up his faith, donned his tricolour and went to the roundabout.

As soon as he got there he spotted Bridget. Having never flirted with a girl before he plucked up the courage and went over to give it a shot. She told him to 'fuck off you horrible excuse for a human being'. He hasn't talked to a female since. It's very sad. 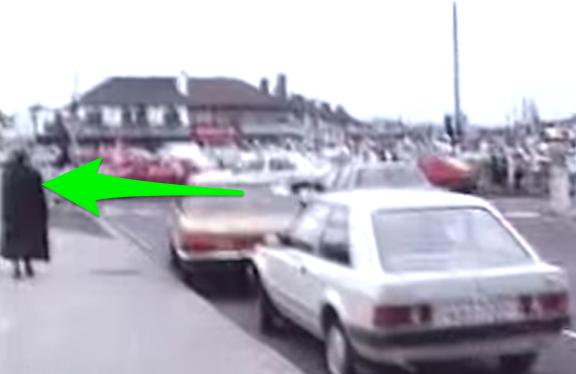 This is/was Sister Ann Murphy. Sister Ann was from rural Cork but was up visiting a convent in Dublin for the week. She didn't even know Ireland were playing in the World Cup. After getting off the bus she followed the sound of the crowd. 'There must be a novena on' she thought.

Sister Ann was wrong and what she saw ensured that she never saw a novena again. The revelry, the joy, the sheer 'couldn't give a damn about the afterlife' attitude. It affected Sister Ann in a manner which was scarcely believable. She shed her habit, stripped out of her conservative clothes and ran naked through the streets of Dublin.

All in all, it truly was a momentous day.

*We didn't track anyone down.

SEE ALSO: 'He Knows What To Expect When He’s Up Against Us'