These Are The Longest Title-Winning Runs In European Football

It's increasingly likely that Rangers will win the 2020-21 Scottish league title therefore stopping Celtic's bid for a new record 10-in-a-row titles. Its the third time one of the Glasgow giants has reached nine only to be stopped by their rivals. Celtic's first run was from 1965-66 until 1973-74 while Rangers equalled it between 1988-89 to 1996-97.

While the duopoly in Scotland might not be matched for overall dominance in Europe, there are other clubs who have reigned supreme in domestic league competition for longer stretches than 9 years. In this article we'll highlight the teams on the longest current runs and talk about the longest historical runs around Europe.

The Old Lady of Turin has won every Serie A title since moving to their new Juventus Stadium in 2011. The current 9 is also an Italian record, beating the previous record of 5 held by a number of clubs.  At time of writing, the 2020-21 season is still wide open with both Milan and Inter making Juve fight for that 10-in-a-row.

Ludogerets have won every edition of the Bulgarian top tier they've entered.  They're on course to win number 10 this season too. Bankrolled since 2010 by Bulgarian pharma-billionaire and all-round oligarch Kiril Domuschiev, Ludogerets won promotion to the top tier for the first time in 2011 and haven't stopped winning since, leaving the traditional giants of CSKA Sofia and Levski Sofia behind.  You can imagine how football fans in Bulgaria feel about the new found success of the club from Razgrad.

The European champions weren't always as dominant in Germany as they are now. Up to the late 1970s, Borussia Mönchengladbach had won more Bundesliga titles than the Bavarians. Borussia Mönchengladbach's last title was 1977 while Bayern haven't stopped winning since. Their current run is a German record and looks set to be extended this year too.

Since being sold to the energy drink company and rebranded in 2005, RB Salzburg have yet to finish out of the top 2 in Austria's Bundesliga. They've won the last 7 titles (an Austrian record) and they're top of the table in 2020-21 too.

2020-21 saw Irish interest in the Cypriot League soar with Mick McCarthy appointed  APOEL manager and signing Jack Byrne shortly after. Mick took over as APOEL languished in mid table and didn't last long himself.  It looks like APOEL's record run of titles is over.

Not only are Qarabag on a run of 7 consecutive titles, they've also qualified for the Europa League group stages for the past 7 years too. Their European prize money has attracted internationals from all over the world and they look set to continue the run this year.

Skonto Riga was formed as Latvia declared independence and they'd go on to win the first 14 league titles on offer. After their run was ended in 2005, Skonto would  win only one more title (in 2010) before collapsing from financial pressures in 2016 (following an enforced relegation after the 2015 season).

The common factor in most of these megaruns is a league distorted by European money. Rosenborg's early Champion League successes were the building blocks on which 13 consecutive league titles from 1992 to 2015 was built. With the big clubs sowing up the CL these days, the gap in Norway is unlikely to be as big as it was during that stretch.

BATE took the same route as Rosenborg, using initial investment to build a Champions League regular squad that would dominate at home.  They've failed to qualify for the European group stages the past couple of years and co-incidentally have failed to win the title after their run from 2006-2018.

Dinamo Zagreb have reached at least the group stages of the UEFA Cup/Europa League in every year but one since 2008.  That's a huge reason why they've won 14 of the last 15 Croatian titles including a run of 11 from 2005-06 to 2015-16. HNK Rijeka being the club to upset the odds.

Heavily backed by the Sheriff group of companies, the team from Transnistria has won 18 of the last 20 league titles since winning it's first in 2001. That started a run of 10 consecutive titles before they were shocked in 2010-11. They're on another run of 5 at the moment and are top of the 2020-21 table too.

Pyunik's run of 10 league titles from 2001 to 2010 wasn't down to European success. Instead they used the old traditional model of spending far more than their rivals, hoovering up all local talent and bringing in foreign players when others couldn't. They've since been overtaken in the spending stakes with the current league winners being Russian backed Ararat-Armenia.

You can see a bit of a pattern here as many of these multiple champions emerged from the break up of Eastern Europe but perhaps the club with the most legitimacy is Dinamo Tbilisi. As part of the Soviet Top league they had won that league twice and even won the European Cup Winners Cup in 1981. It wasn't a surprise then to see them win the opening 10 championships in the newly formed Georgian league. They remain the club to beat in Georgia and are current champions.

MTK's run of 10 leagues in a row is pretty unique as it is spread 12 years from 1913-14 to 1924-25. They stopped playing for official titles for 2 years because of World War 1. They're also unique on this list as their titles were earned in the amateur era. MTK remains a top club in Hungary but others have surpassed them since the 1920s.

The Stasi-backed Dynamo Berlin won all ten of it's Oberliga titles from 1978-79 to 1987-88. Fans of other clubs, and subsequently issued documents support this view, believed that Dynamo were the recipient of state help in earning those 10 titles. German reunification wasn't kind to clubs from East Germany and BFC Dynamo dropped down the leagues quickly. They currently play in the regional 4th tier.

Apart from the 10-in-a-row club we probably should mention some other notable feats. Only 2 clubs have won the Ukrainian league since 1993 with Dynamo Kiev's longest run of 9 beating Shakhtar Donetsk's best of 6.  Olympiacos in Greece won 19 of 21 titles between 1997 and 2017 but were stopped after 7 twice by Panathinaikos. The New Saints in Wales had won 8 in a row before Connah's Quay Nomads won last year's shortened 2019-20 season. The record in France is held by Lyon who won all 7 of their titles from 2002 to 2008.  PSG's run of 4 was stopped by Monaco in 2017.  In Serbia Red Star and Partizan have split every title this millennium with neither finishing outside the top two in more than a decade.

Here in Ireland the record is 4-in-a-row for Shamrock Rovers in the mid 1980s with no club in England ever managing more than 3-in-a-row.

It's pretty clear that the super clubs in Europe are pulling further away domestically. While England has a few possible league winners, it's getting harder and harder to see past 2 or 3 clubs in most leagues. The financial imbalance fueled by UEFA's TV revenue has probably changed football for ever and domestic leagues are now at a critical junction.

What happens if clubs like Bayern Munich and RB Salzburg just keep winning and winning? 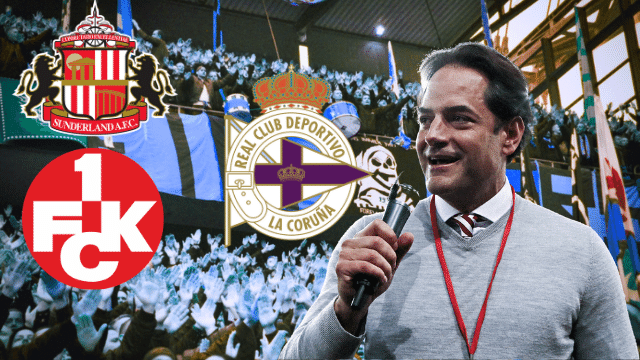